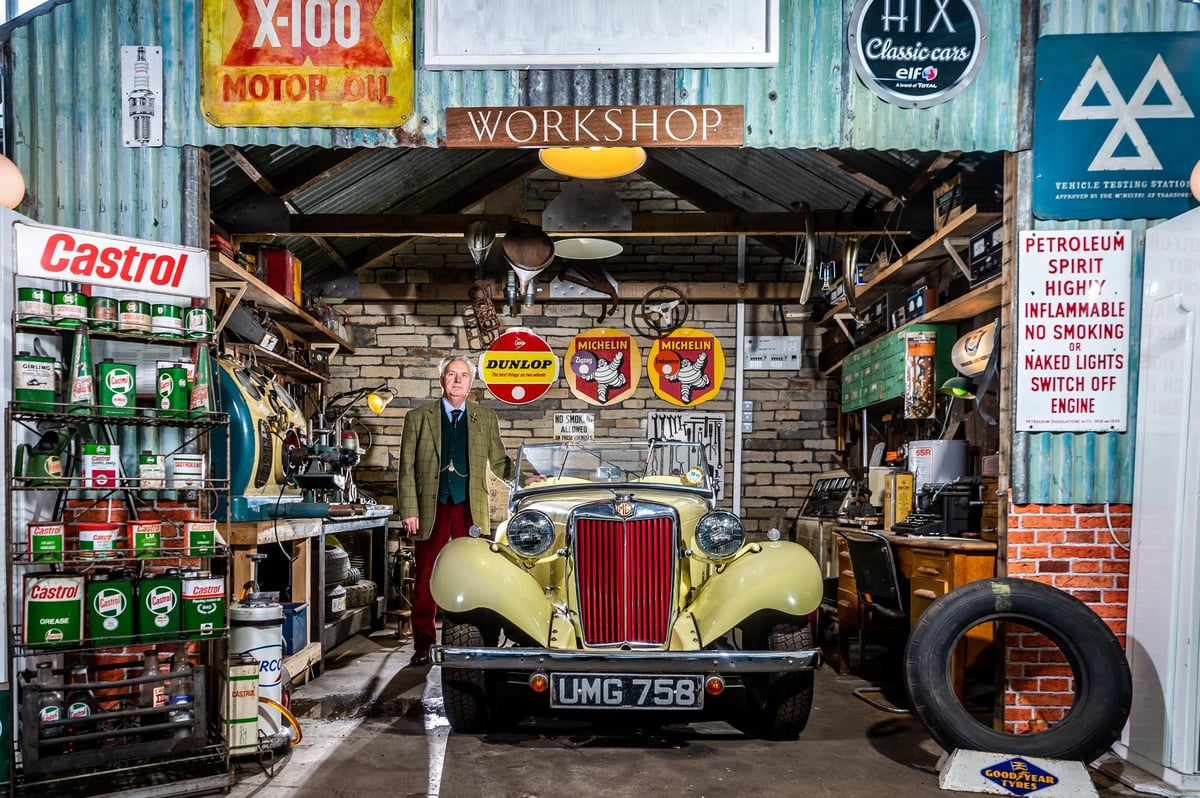 Mr Hardisty is one of three shortlisted candidates in the Professional Photographer of the Year category at next month’s UK Picture Editors’ Guild Awards.

He takes on the Press Association’s Danny Lawson and The Daily Telegraph’s Jeff Gilbert in the category, with the winner to be announced at a ceremony in London on October 17.

Hundreds of entries were submitted to a jury headed by former Sunday Times editor Ray Wells.

Lost Earth Adventures, a company that organizes packed activities for cavers, climbers, cyclists, paddlers and hikers across the UK. Pictured is Richard Goodey of Lost Earth Adventures admiring the stunning inner cave structure of the valley entrance which leads to the Kingsdale Master Cave near Ingleton in the heart of the Yorkshire Dales. Photo: James Hardisty

Mr Hardisty is no stranger to award shows and last year was named Professional Photographer of the Year 2020 by the British Press Photographers’ Association (BPPA). He is also a past winner in the regional category at the UK Picture Editors’ Guild Awards.

He said he was thrilled to be nominated again and was proud of all of the images he submitted this year.

Mr Hardisty said his striking image of the Arctic Corsair being cleaned up in Hull took special effort to pull off.

“It was a really difficult shot to do because she was in dry dock and the area behind her was in shadow compared to the light above. There were two different exposures to balance.

Lisa Bowerman, aka Yorkshire Cavewoman, owner of Stump Cross Caverns, Greenhow Hill, Pateley Bridge, North Yorkshire, takes on a colossal challenge, living underground for 105 hours to raise £200,000 to keep the lights on in the caverns.

“I had to install three different types of light. It was a lot of work and it wasn’t easy.”

He said capturing the image he is aiming for is a great feeling.

“It’s amazing and when you see it in print you can think it was a good day at work.”

Although the process of capturing a memorable photograph can be complicated, Mr. Hardisty said he had a simple goal when working on an image.

The Arctic Corsair, an ocean-going trawler, built in 1960, which was converted into a museum ship in 1999. Is temporarily moored in drydock at Dunston’s shipyard on William Wright Dock in Hull as she embarks on her project of restoration. Pictured is Ken Knaggs, water blower and painter for Hull Power based Dunston’s Ship Repairs Ltd washing the hull while it is in drydock.

“It’s something that has to be eye-catching and makes people stop and stare.

“The five photos I submitted for this award are all completely different but all have something in their own right to make them stand out.

“You come in knowing what you’re trying to accomplish and you know pretty instantly if it worked. Even in raw form looking out the back of the camera, you know if something has to be a great picture. “

Mr Hardisty said he considers his work as a Yorkshire Post photographer a real privilege.

World Gin Day June 12, 2021. A worldwide celebration of all things gin. Pictured is Oliver Medforth, 25, of Raisthorpe Manor Gins, Wharram, near Malton, North Yorkshire, who will celebrate this special day for his business.

“It’s a great county and there are a lot of great people and businesses there.

“We have a great team of photographers and I’m just one of us.”

He said it is a real honor to be nominated for this award ceremony, against national competitors.

“These awards are the best of the best and you are judged by national photo editors. Being able to compete is a huge privilege.”

Discover the neglected contemporary art museums of the Netherlands