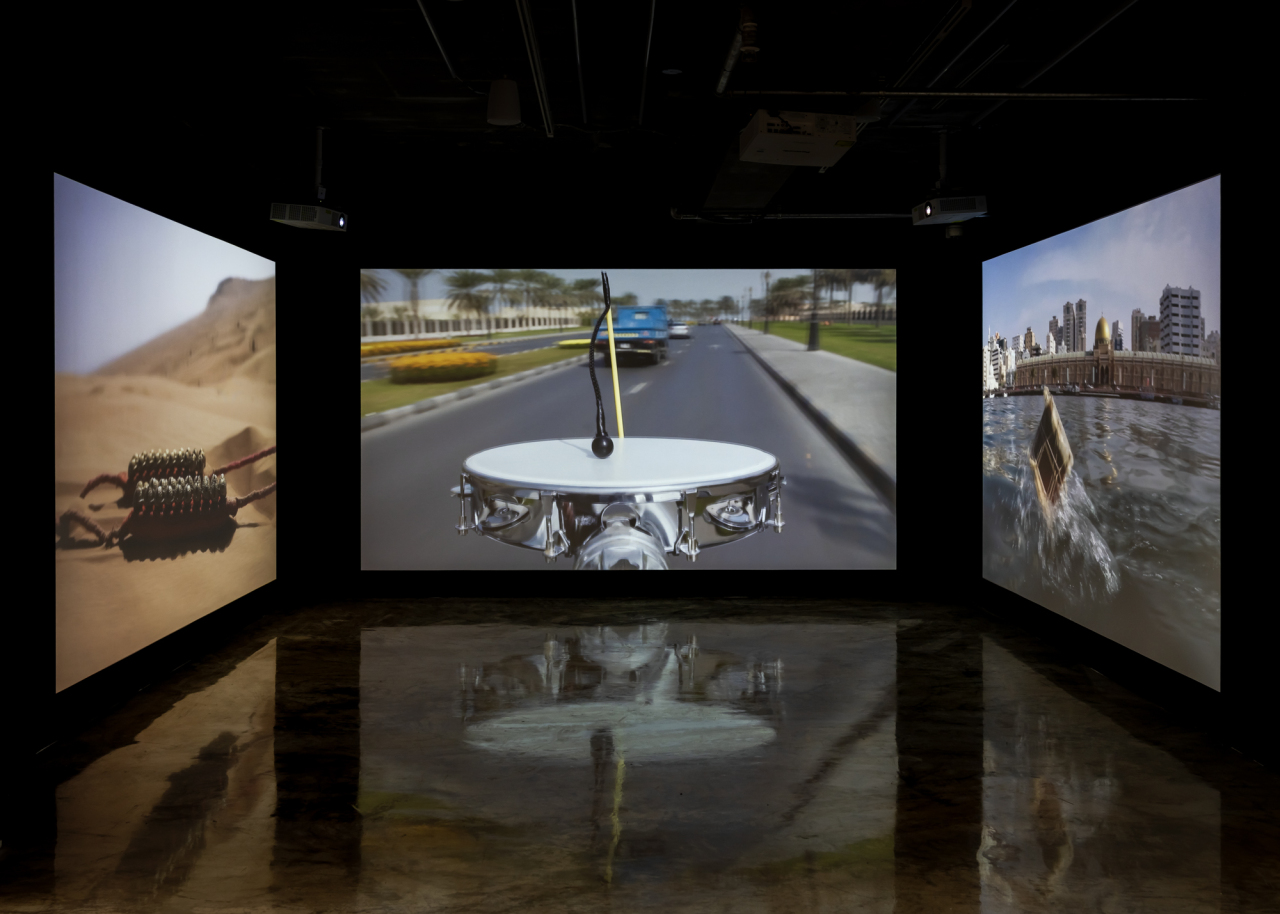 What to see in the galleries of Samcheong-dong this week

By Phillip R. Tucker Last updated Jul 3, 2022
Share
If you want to see some new art this week, visit the galleries of Samcheong-dong, a cozy and renowned neighborhood in central Seoul next to the main Gyeongbokgung Palace.

New works by conceptual artist Olafur Eliasson, who plays with light and color, are on display at PKM Gallery. The gallery has a restaurant where you can have a coffee or a meal before or after appreciating the works. Right next to the PKM Gallery is Barakat Contemporary, home to Berliner Nevin Aladag’s first solo exhibition, which featured a series of sound sculptures. Walking downhill, an exhibition by Korean documentary photographer Noh Sun-tag at Hakgojae Gallery explores the concept of the silhouette.

Icelandic-Danish artist Eliasson is best known for his works that touch on human perception and explore the relationship between people and the environment. His newly created works this year at the PKM Gallery solo exhibition “Olafur Eliasson: Inside the new blind spots” include watercolors “Feeling Backward” and “Titles Are Desires in Slow Motion”.

“(Color) does not exist on its own and only materializes when light bounces off a surface on our retinas, which shows us that color analysis is actually about the ability to analyze ourselves,” said the artist, according to Galerie PKM.

“The artist did not travel to Seoul this time as he practices his own belief to reduce carbon dioxide produced by human activities. He is not traveling overseas this year,” Park Kyung-mee said. , who runs the gallery.

Through July 30, the exhibit includes glass installations of “Your Polyamorous Sphere” and “Seeing Sensitivity Flare.” The gallery’s cafe and restaurant, PKM Garden, is located inside the same building.

Next to the PKM gallery is Barakat Contemporary, where Berlin-based artist Aladag’s first solo exhibition in South Korea, “Motion Lines,” is on until July 24. The artist, originally from Turkey and who moved to Germany at a young age, interprets various cultural and political codes in a personal way.

The three-channel video work “Session” focuses on movements and sounds created by objects. She created the work in 2013 as part of an invitation to the 2013 Sharjah Biennale. Aladag observed how the economic labor force and cultural heritage of this society was built on the foundations of migrant communities Pakistanis, Indians, Iraqis and Africans. The instruments of the video are all traditional instruments of the respective cultures of these migrants, appearing there as social entities representing the city.

A short walk from Barakat Contemporary is the Hakgojae Gallery, which hosts documentary photographer Noh Sun-tag’s first solo exhibition in 10 years at the commercial gallery. Titled “Shades of Furs”, the series of photographs were taken against the light to create the vivid image of the figure.

Noh is widely known for his photographs that show contemporary Korean society, including the division of the Korean Peninsula. He won the Korean Artist Award in 2014 organized by the National Museum of Modern and Contemporary Art of Korea as the first photographer to win the award.

Some 19 photographs of Noh are exhibited at the gallery while 21 works are available on the online exhibition space “OROOM”. Photographs taken from 2015 to 2022 include crows and flies in Kigali, Rwanda. The exhibition lasts until July 17.

Wimbledon celebrates the centenary of center court on Sunday