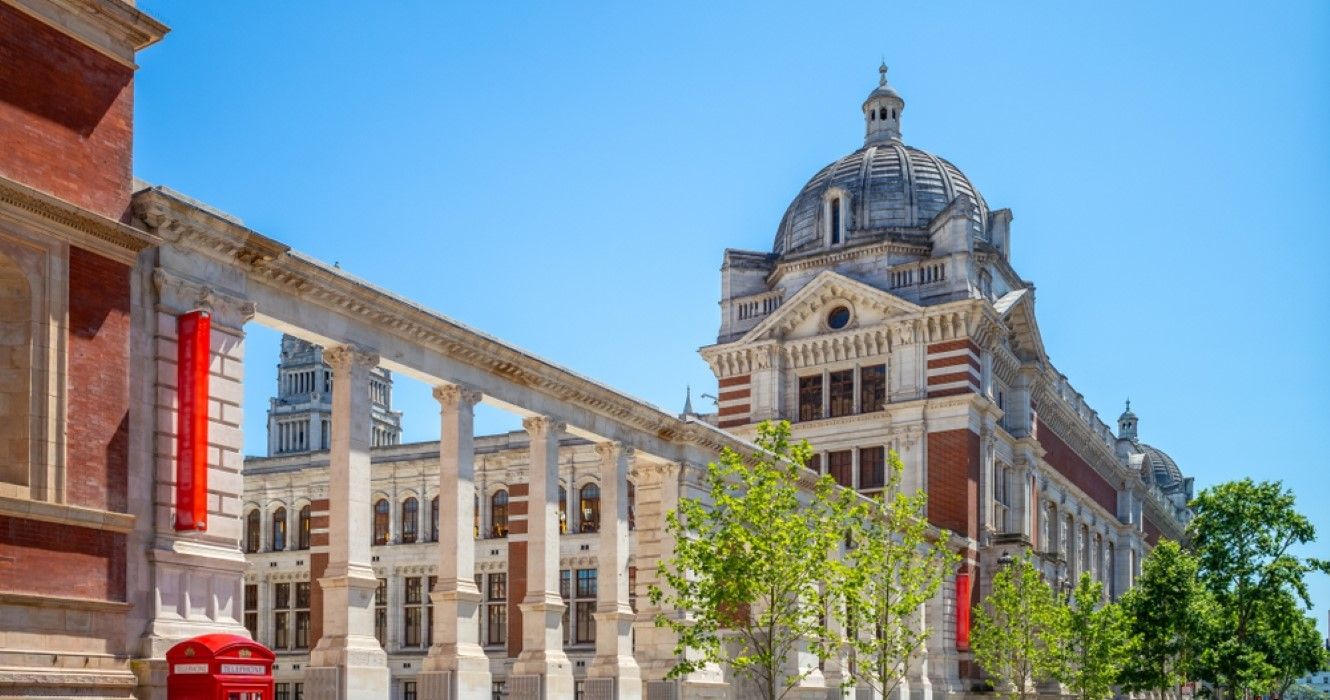 What to see at the Victoria and Albert Museum in London

In total, there are some 2.3 million objects, artefacts and archives inside the Victoria and Albert Museum, in South Kensington, London. The oldest of them date back 5,000 years. You should therefore know that visitors, even if they spend a full day at the museum, will not be close to seeing everything.

Housing what is considered the largest collection of decorative arts in the world, the museum’s exhibits focus largely on architecture, furniture, fashion, textiles, photography, sculpture, painting, jewellery, glass and ceramics. It also has impressive collections of Indian art, some of which was acquired from the now closed East India Company Museum, and East Asian art, including Chinese ceramics. The national collection of British watercolours, prints and drawings is also housed in this museum, known locally as the V&A.

THE TRIP VIDEO OF THE DAY

Created in 1852, it was originally called the Museum of Manufactures. After that its name changed to the Museum of Ornamental Art and was eventually renamed the Victoria and Albert Museum when Queen Victoria in 1899 laid the foundation stone at its present location on Cromwell Road.

Royal collections are suitable for a royal couple

For those who don’t know much about these famous royals: Queen Victoria and Prince Albert were first cousins. They met in 1836 when she was still heir to the throne, presented by their uncle, Leopold I, who was King of the Belgians. When Victoria became queen in 1837, she proposed to Albert, following a tradition that prevented anyone from proposing marriage to a reigning monarch. The two were married in 1840, both aged 20, in the Chapel Royal at St. James’s Palace in London. They had nine children.

The museum, named after the forward-looking royal couple, has collected furniture that spans six centuries of production in Britain and around the world. Objects include traditional furniture as well as clocks, leather goods and musical instruments. Among the most famous objects are the Great Bed of Ware, dating from 1590, Sanjit Singh’s Golden Throne, dating from around 1820, and the carved interior of the Norfolk House Music Room, dating from the mid-1900s. 1700s.

Its jewelry collection is considered one of the most comprehensive in existence, with over 3,000 pieces. Of particular interest is a Celtic gold cuirass, the diamonds worn by Catherine the Great of Russia, diamond tiaras by Cartier, and jeweled pendants said to have been gifts from Queen Elizabeth I to her courtiers.

The V&A’s photography exhibits feature some 800,000 photos dating as far back as 1839, including one of Queen Elizabeth II, taken moments after her coronation ceremony in 1953. Seated on a throne, the Queen wears her crown and holds his orb and his scepter.

Related: 10 experiences to make you feel like royalty in London

The architectural exhibits are at the center of the museum and feature, for example, the original architectural drawing of Castle Howard, from 1699, and a model of Albert Hall, created in 1864. The museum is open daily and the admission is free.

10 things you probably didn’t know about the V&A

With so many art objects in its collection, the vast Victoria and Albert Museum must have some inside information that not everyone knows, right? Check out these 10 little-known facts from museum documents:

1- The South Kensington Museum was the first museum in the world to offer a public restaurant. Called The Gamble Room, it had from its opening a variety of first and second class menus and third class service for mechanics and all laborers employed in the museum buildings and for working class visitors.

2- The museum was the first in the world to use gas lighting in the galleries to allow evening hours.

3- In 1873, the Chancellor of the Exchequer, Robert Lowe, unsuccessfully plotted to have the V&A taken over by the British Museum.

4- The inscription above the main entrance to the museum reads: The excellence of any art must consist in the complete accomplishment of its purpose. This is a quote from artist Sir Joshua Reynolds.

6- The famous Gloucester Candlestick is the only surviving example of early 12th century English ironwork. It was cast in three sections and is made of copper and silver alloy.

7- The tallest object in the collections is a plaster cast of Trajan’s Column, reproduced from the original in Rome marble. It is 116 feet tall and presented as two separate towers as it is too tall to fit in a gallery.

8- Some of the smaller exhibits are glass weights from the 8th to 10th centuries. They have Arabic inscriptions and were found in Egypt.

9- The V&A was the first museum to collect photographs as art, starting in 1856.

10- Miniature portrait of Mary Queen of Scots, by Nicholas Hilliard, was painted while Mary was a prisoner of Queen Elizabeth I.