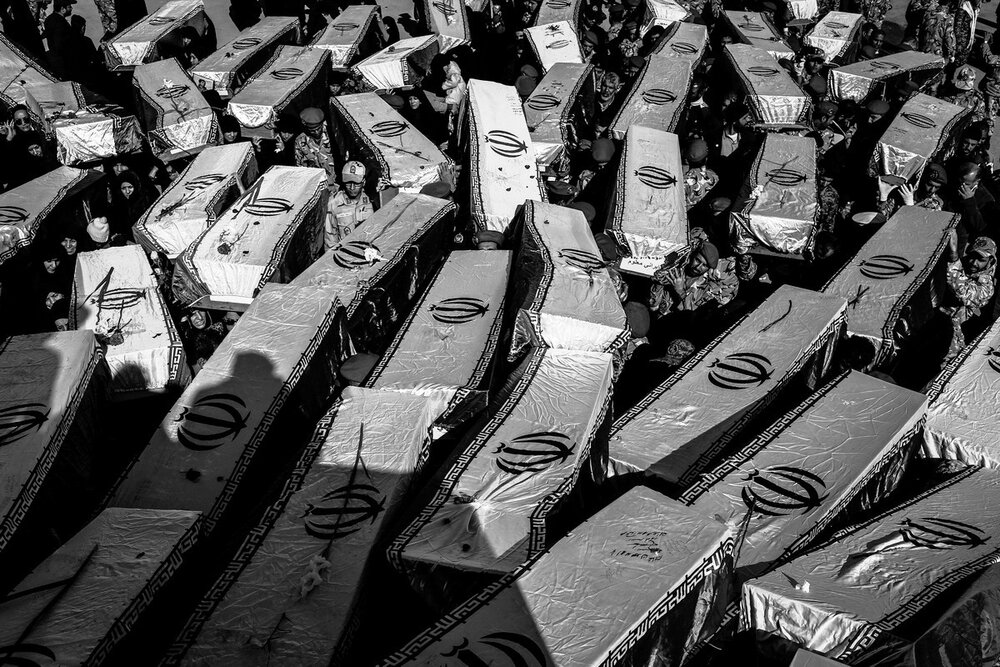 In “The War Is Still Alive”, Behbudi focuses on the aftermath of the Iran-Iraq War of 1980-1988 and its victims who never returned to their normal lives: their wounds did not heal even after more than 30 years.

More than three decades have passed since the end of the Iran-Iraq war, but many mothers are still awaiting the return of the remains of their sons lost during the war.

More than 30 years have passed since the end of the war, but children and many people in Iran’s border towns are still victims of landmines buried in the ground.

The war began in 1980 with Iraq’s invasion of Iran’s international border and lasted eight years, becoming one of the deadliest in history with one million deaths.

Behbudi grew up in the midst of the conflict and her childhood was deeply affected by the pervasive sense of fear, the sound of emergency sirens and bombs and the mounting death toll.

While the war was officially over in 1988, the reality for those who survived was quite different. Thirty years later, the enduring trauma of the conflict is increasingly apparent.

She is also the photographer for the acclaimed “Waiting Mothers” series, which focuses on Iranian women who lost their children during the war.

Inheritance is the theme of the Biennial of Women’s Photography.

“Looking at the inner life of families, our DNA, the current debate about our environmental impact, as well as our architectural and cultural heritage, we reflect on the idea of ​​legacy,” organizers said in a statement.

“What have previous generations left us? And what are we going to do with it as a result?… We have not reached this present (only) because of choices beyond our immediate control, but because the current complexity of the world is due to the intertwining of arbitrary and voluntary decisions of people. Our present and our future are the children of the past. And today’s choices lay the foundation for our future.

Photo: A photo from the “War Is Still Alive” series by Iranian photographer Fatemeh Behbudi.

EDITORIAL: Hunger in Africa is not insurmountable