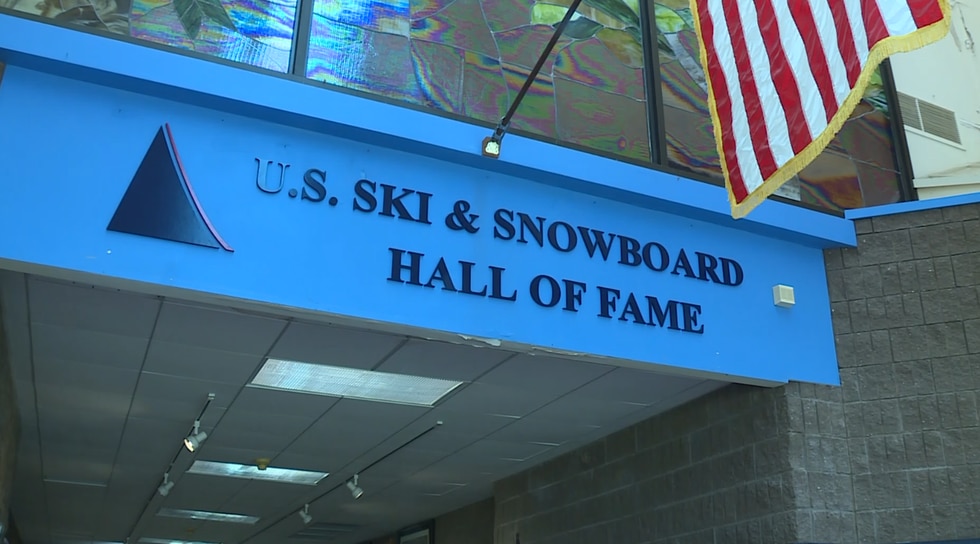 U.S. Ski and Snowboard Hall of Fame Announces Class of 2021

ISHPEMING, Mich. (WLUC) – A star-studded group of eight ski and snowboard athletes and sports builders have been nominated to be inducted into the 2021 class of the United States Ski and Snowboard Hall of Fame following the annual election of the Temple. The announcement was made by the Hall of Fame in Sun Valley, Id. After a charity golf outing at Elkhorn Golf Course earlier this week. Plans for the formal class induction ceremony are on hold, but in place for late April or early May 2023 at Big Sky, Mt.

The newly appointed members are behind two other Hall of Fame classes currently awaiting inductees due to the cessation of physical events in the wake of the pandemic. This class will be inducted alongside next year’s Class of 2022 in a combination of two inductions; one in the east and one at the Big Sky Resort in Big Sky, Mt in spring 2023. Details of these inductions are pending, but details will be available soon.

The annual induction honors not only athletes, but also industry icons, innovators and inventors with national and international achievements in all facets of snow sports. The Hall maintains an annual renewable nominations list of more than 70 groundbreaking candidates vying for Hall of Fame status each year. Each year, more than 300 people vote in elections from all corners of the country and across all kinds of snow sports, with representatives from many industry boards and organizations, Hall alumni, regional media and d ‘other industry historians. A full list of affiliates involved and full details of the entire process can be found at https://skihall.com/current-election/.

· The new inductees will bring the total to 449 Honored Members of the National Hall of Fame, of which 125 on the Honor Roll are still alive.

Past Hall of Fame events in March were canceled due to Covid-19.

· Details of future events will be available on www.skihall.com when dates and locations are decided.

· The final two classes will be honored together in double inductions this year at Sun Valley and Bretton Woods.

Coomer, Sven – Sven Coomer is the man who made plastic shoes comfortable and skiable, and revolutionized the way we ski. His influence is universal and timeless: the boots he designed 50 years ago have set the pattern for all running boots to this day. He deserves our thanks and recognition. TO

At 16, Sven was the youngest Olympian at the 1956 Summer Games, training with the swimming and running champions of Australia. He studied product engineering in Sweden, then put his experience to the service of sports shoe design consultancy for Puma. He also became an influential ski instructor and trainer.

Schoenberger, Alan – Alan Schoenberger is World Skiing Champion, Intermountain Ski Hall of Fame Inductee and Snow Sports Ambassador. In addition to winning the World Ballet Skiing Championships and 14 first and second place freestyle podiums, Alan devoted himself to theater skiing. He designed SkiBed, the advanced ski simulation device providing the technology to ski live on stage. Since 1978 he has produced seven touring alpine theatrical productions with 1,250 performances. This included live performances with the Rochester Philharmonic Orchestra, the opening performance at the World Cup Finals in Vail and 75 performances at the Salt Lake City Winter Games.

Gorsuch, Renie and Dave – The husband and wife team reached the highest levels across the ski sports spectrum – they competed for the United States at the 1960 Squaw Valley Olympics; they have been active community leaders in Vail and Beaver Creek, instrumental in attracting international events and a global clientele, since the early days of these resorts; Gorsuch stores in Aspen, Snowmass, Vail, Beaver Creek and Park City provide the best ski retail experience and hospitality to a global customer base; Gorsuch Catalogs reach 3,000,000 homes in the United States and abroad and inspire skiers and non-skiers with iconic photographs and witty advocacy messages.

Graves, Peter – Peter Graves is an American sports presenter and public speech presenter specializing in Olympic, lifestyle and action sports. Known as the “Voice” for many sports, including 11 Olympics. Peter’s work has earned him an exceptional reputation in the ski world. He won and deserves to be elected to the US Ski & Snowboard Hall of Fame. Peter became synonymous with the voice of Nordic skiing at the World Cup events in the United States and the American international cross-country ski race Birkebeiner from 1977 to 1985.

Hattrup, Mike – Mike Hattrup was named to the US Freestyle Ski Freestyle Skiing Team in 1987, missing a chance to compete in the World Cup due to injury. Mike subsequently skied in numerous ski movies, including the most important ski film of his generation, Greg Stump’s Blizzard of Aahhhs. Among the many accolades for his skiing, Hattrup was named by POWDER magazine in 1998 as one of the “50 Best Skiers in North America” ​​and in 2006 as one of the “48 Most Influential Skiers of Our Time. “.

Reynolds, Jan – Explorer Jan Reynolds raised the bar for skiers around the world when she made the highest descent from a Mustagata summit in the Pamirs, National Geographic magazine 1980, and held the ski record high altitude for women for a decade. Esquire Magazine selected Jan as ‘Athlete of the Decade’ for his world records, including the grueling first winter runs on the Everest Himalayan Grand Circle Expedition, and as the top biathlete on the first few. 1984 Women’s World Cup Championships. Jan was the only woman on the expeditions who secured corporate sponsorships, uplifting and developing extreme ski mountaineering as a sport on an international scale.

Eaves, John – John Eaves is one of history’s most iconic ski contestants and movie stars. He voiced for James Bond in A View To A Kill and starred in the Bogner film Fire and Ice which helped bring glitz and glamor to skiing and attracted thousands of people to our sports in America. John is a gentleman, a filmmaker, a musician, a model and most of all a winning ski competitor. He won 42 World Cup podiums and was a three-time world champion in acrobatic and aerial style.

Dupre ‘, Herman – As a young man growing up on a farm on the east coast, Herman saw the potential of resort life and was excited that skiing would become a resort sport in the future. Herman began making snow using garden hoses in the 1950s while simultaneously working on the creation of tow cables and eventually chair lifts on his family farm, later becoming Seven Springs Resort in Pennsylvania. Among many accolades, Herman Dupré is best known as the man behind the making… of snow!

David Ingemie, Chairman of the Board, US Ski and Snowboard Hall of Fame

This is another amazing class of well-deserved stars who have dedicated their lives and careers to improving skiing and snowboarding in America! We are working hard to be ready for another induction once live events are possible and safe again!

“We are delighted to announce the new class and to continue to plan and work for future events when it is possible again!” “

“I am chaotic and it will always reflect that”