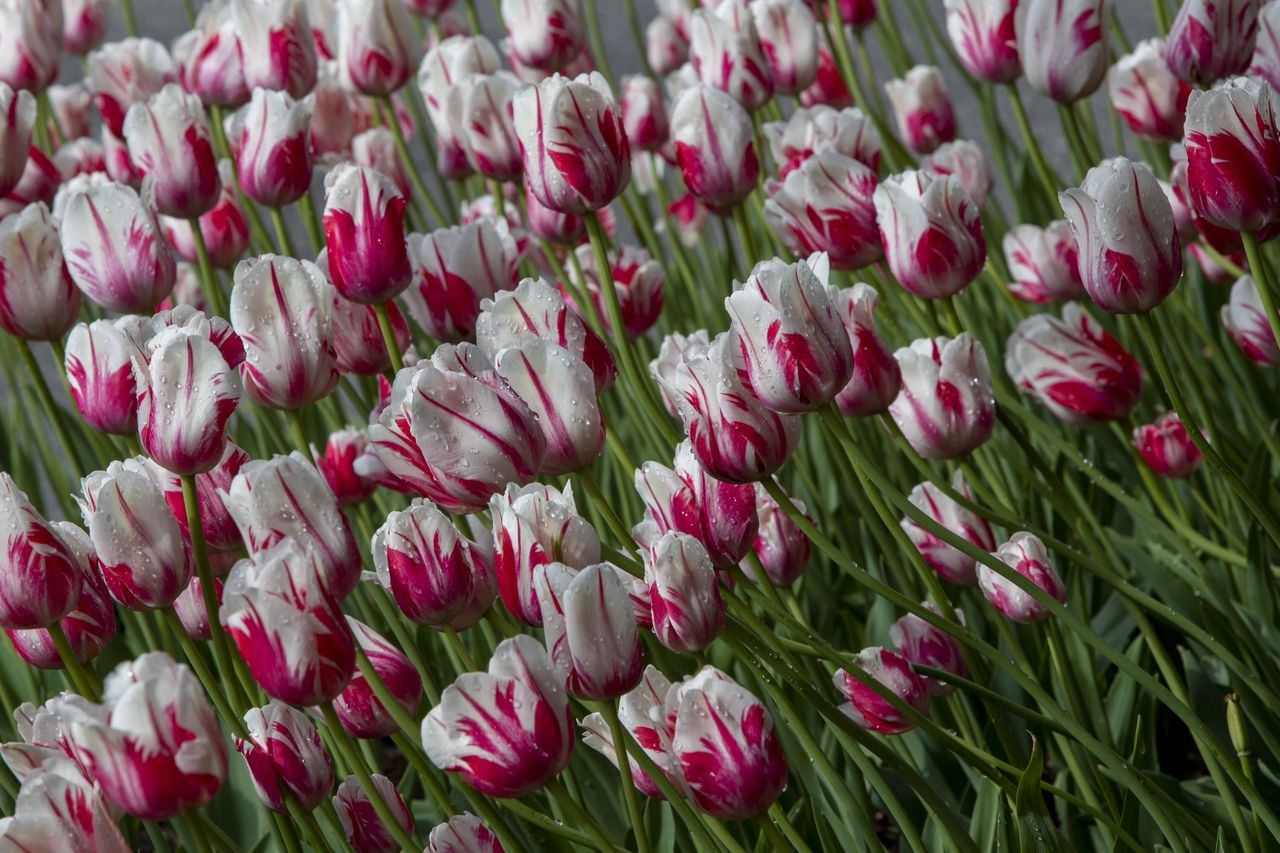 HOLLAND, MI – Tulip Time returns to Holland in May, and event organizers have announced the lineup for the annual event.

The festival is scheduled for May 7-15.

Here is an overview of the events as described by the staff at Tulip Time:

Zeeland Girl: Beyond the tradition of Rem van den Bosch

The series of photographs in three parts, Zeeuws Meisje (Zeeland Girl) by Dutch photographer Rem van den Bosch will be visiting the United States for the first time. The three parts are equality, tulips and brotherhood.

According to the Tulip Time press release, â€œZeeland Girl is a collaborative project involving seamstresses hand-sewing traditional dresses with modern turns and photographs with bright contrast to spark discussions about the need for mutual respect, solidarity. and environmental protection. The striking photos of van den Bosch will be displayed on towering screens 10 feet high and side by side with twenty-five of the dresses used in the series.

The series is expected to be on display at the Holland Armory during the festival.

A world-renowned Dutch horticulturist will install the Tulip Immersion Garden at the Ottawa County Fairgrounds.

Ibo GÃ¼lsen’s project is designed to introduce travelers to the history of the tulip, from its origins in Turkey, the Netherlands and finally the Netherlands.

“GÃ¼lsen will use 50,000 tulips of all varieties and colors to create an experience that will put the tulips at eye level and create Instagrammable photo opportunities for friends and family,” festival organizers said in the press release. .

Walking tours will take place at Tulip Time to allow participants to learn about the history of Holland and its Dutch heritage.

“Costumed guides will tour Holland’s historic sites, offering a close-up tour of many of the sites and icons that make up our wonderful city where more than 200,000 tulips bloom each spring,” according to the press release. “Participants will see many tulip displays and have many photo opportunities with beautiful tulips.”

The tour is approximately two miles and is set up as a 1.5 hour experience.

Elton Rohn is scheduled to perform an Elton John-inspired show on May 7 at the Holland Civic Center.

â€œElton Rohn is the first Elton John tribute show,â€ organizers said in the press release. â€œElton Rohn combines the look, feel and sound of a real Elton John show. With full harmonies and all musicians playing and singing live (no recordings). This high-energy show is an engaging and familiar experience that audiences can sing along to. “

The tenors of Texas

The Texas Tenors are scheduled to perform on May 13 at Central Wesleyan Church.

â€œThe Texas Tenors have been annual favorites at Tulip Time and are best known for appearing in America’s Got Talent and America’s Got Talent: The Champions,â€ organizers said. “Their live performances combine a classic country vibe with original songs and familiar covers.”

Fiddlefire is scheduled to perform on May 12 at Central Wesleyan Church.

The Kinderparade Gentex will take place on May 12th.

As the organizers described, â€œPrimary school children will line up with their teachers and school administrators in full costumes and smiling faces as they walk together through downtown Holland. Each school and year will have its own theme that nods to the Dutch heritage of cities, from Dutch agriculture to Dutch master painters.

â€œThe Quality Car Wash Volksparade (popular parade) will be big and daring as Tulip Time will combine elements of the Street Scrubbing parade and the Muziek parade. People from near and far will be invited to don their Dutch costumes, grab a bucket and broom, and clean the streets for upcoming performances. City officials will cross with their ceremonial inspection in white gloves to approve the streets for the parade and when the town crier officially announces the official’s approval, the parade will begin. Dozens of western Michigan college and high school groups showcase their talents amid community floats across downtown Holland. The Quality Car Wash Volksparade parade will take place on Saturday May 14, 2022. “

The Tulip Time talent show is scheduled for May 11 at Central Wesleyan Church.

â€œBright and fresh talent from four area high schools burst onto the stage to present this vibrant medley,â€ said the organizers. â€œEnjoy this amazing variety of soloists, choirs and orchestral performances, all in one show.â€

The Holland American Legion will perform on May 14 at Beechwood Church.

“Founded by the Willard G. Leenhouts American Legion Post 6 in Holland, Michigan, the American Legion Band is filled with prolific musicians who have performed in the Dutch community, across the state, country and the world,” said organizers.

The Dutch organ concert is scheduled for May 8 at Hope Church.

â€œJoin Rhonda Sider Edgington and Jonathan Ruffer as they exhibit 500 years of Dutch music in one night, ranging from early traditional styles to modern fusions of jazz, rock and pop music,â€ organizers said. “Siders Edgington guides audiences through the centuries with clever colorful commentary and a witty approach to musical entertainment.”

Siders Edgington is organist at Hope Church, professor at Calvin University, and international concert performer. Ruffer, who will accompany Siders Edgington on trumpet, plays in the St. Anderew’s Cathedral Brass Band and teaches at Hope College.

The craft market will take place from May 7 to 8. It will be held at Beechwood Church on Ottawa Beach Road.

â€œThe annual craft market brings together more than a hundred vendors to showcase their crafts and sell unique and hard-to-find items,â€ organizers said.

The Quilt Show is scheduled for May 7-15 at Beechwood Church.

â€œOver 100 exquisite quilts will be hung high for customers to enjoy up close,â€ organizers said. “Each cut, each stitch, each pattern will showcase the skills and experience of the quilter in an increasingly rare craft.”

Flower arranging classes are scheduled from May 9 to 10.

â€œAward-winning floral designers at Huisman Flowers teach the art of flower arrangement while guests create their own masterpiece to take home,â€ organizers said. â€œClasses are held in their beautiful Dutch flower shop, where you can browse a huge assortment of occasion-themed gifts.â€

The Tulip Time Run is scheduled for May 7th.

Island to Island: How it feels to go from Jamaica to Mackinac Island

COVID-19 Q&A: Am I still contagious? When can children be vaccinated?