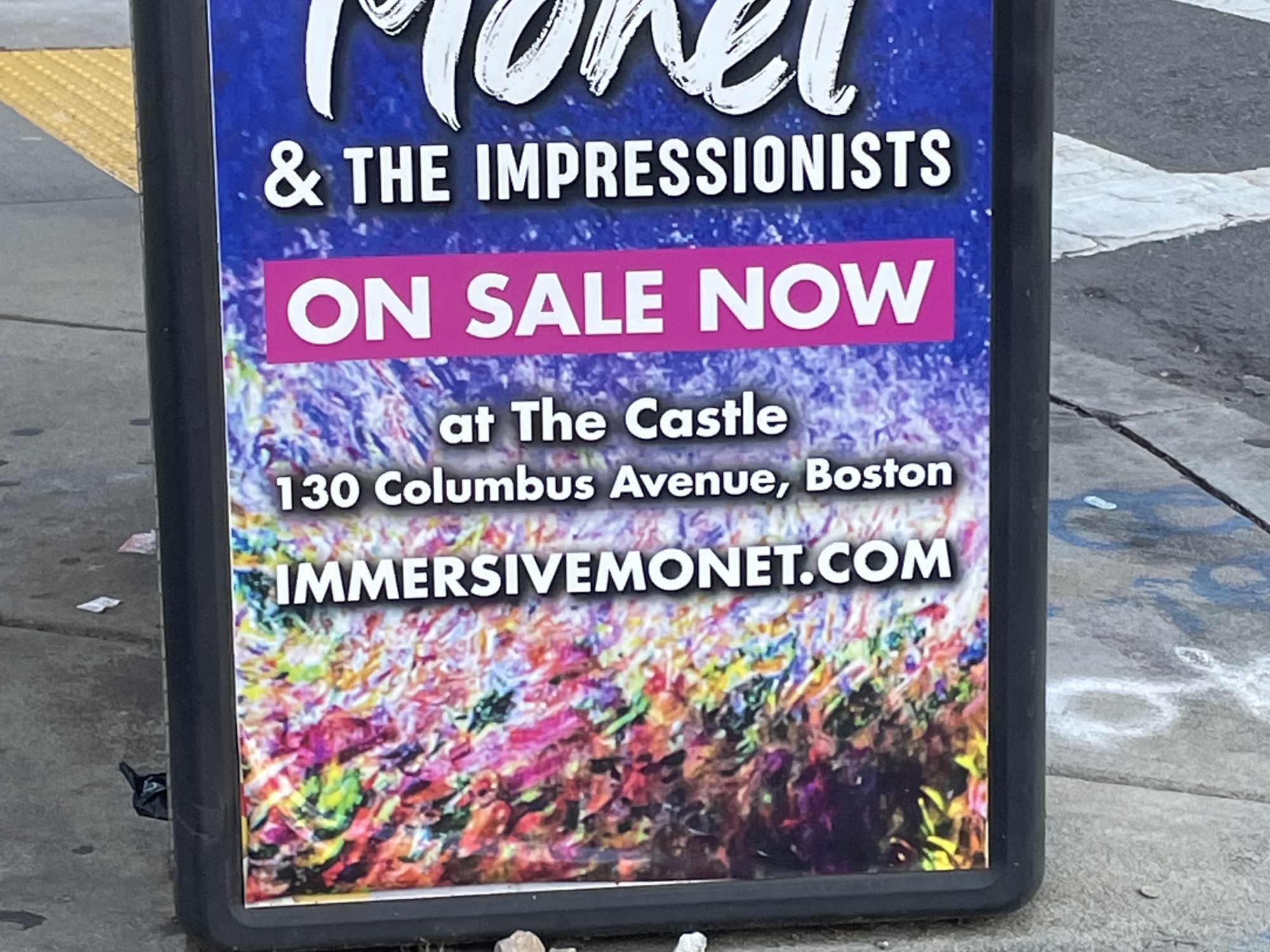 As children, many wish they could step into a painting like Mary Poppins in the world of street chalk, or follow the scribbles of Harold’s Purple Crayon. Since there is no portal to these worlds yet, the next best thing has begun: immersive art exhibits.

Upon entering these exhibitions – probably housed in a former warehouse – the ceiling lights go out and the surrounding walls are illuminated with famous works of art like Vincent van Gogh’s “Sunflowers” or the Sixtine Chapel. Why not transform van Gogh, Monet and Kahlo into a sort of Walt Disney world with interactive play areas made from their art? Maybe even with a Zuckerbergian Metaverse spin? These multi-sensory immersive experiences based on a given artist’s original work are larger than life.

Immersive van Gogh’s premier, in particular, has been spreading like wildfire, much like any “cool find” on TikTok. In 2020, Netflix released an episode of the hit show “Emily in Paris,” featuring a bright-eyed Emily wandering through the original Immersive van Gogh Paris exhibit. It was a perfect idea for the (somewhat) post-pandemic and impatient lifestyle: exciting, fast-paced and with lots and lots of screens.

After Immersive van Gogh made its successful debut in Paris, the medium turned to exhibiting in American metropolises. The grandeur and perpetual stimulation seem appropriately American, especially to American children (a generation of “iPad kids”) or adults who find the art world inaccessible due to its ties to American wealth and education. ‘elite. Immersive art exhibitions succeed in bringing the infamous and the inaccessible closer to the public who should board a plane to experience art. But this point is cautioned, however, by the exclusive location of exhibitions in major cities.

A major appeal of these shows becomes clear after watching “Emily in Paris” or scrolling through social media. These immersive shows are aesthetically stunning. On Instagram, they convey the image of a person who is not only fun and artistic, but also cultured. Undeniably, a big part of Immersive van Gogh’s success has been the appeal to teens and young adults who love a colorful and flashy post on their feed.

This trend of immersive art is not limited to contemporary generations either. A Shakespeare play at the Globe Theater or a choir singing in a medieval Gothic church have historically had a similar, if analogous, immersive effect to these exhibits. After recent examples include the works of contemporary artist Yayoi Kusama or those presented at the Venice Biennale that force viewers to walk through a physical space to experience their art on a multidimensional level.

Of course, seeing an original Kusama installation is totally different from seeing a Frida Kahlo recreation, but when you attend Immersive Frida Kahlo, it’s the original work of Massimiliano Siccardi, who was also the artist behind Immersive van Gogh , Klimt and Monet & The Impressionists. Siccardi is well established in the art world, having studied dance and winning awards for his photography and stage design over the past thirty years. As the mastermind behind these installations, Siccardi asserted himself in a monopoly of the awe-inspiring world of digital art, his reach spanning continents and genres.

These artists at the heart of immersive exhibitions, many of whom are long dead, could never have imagined this twist of the digital age on their works. What they did with oil paints, brush and canvas can now be revitalized by Siccardi and other digital artists. To use this art, they certainly had to jump through hoops with copyright laws, but artists like Warhol did too. In 1984, Warhol altered Lynn Goldsmith’s portrayal of Prince for a Vanity Fair piece, after which a series of debates over his right to do so ensued. Warhol argued that his interpretation changed the meaning of the picture, giving it new life, as the lively renditions of these Impressionists claim. Siccardi and Warhol may recycle other people’s art to an extreme extent, but most artists create with consideration for their time and the art that preceded them.

Impressionism grew out of Romanticism, which was inspired by works from Ancient Greece. A totally new and contemporary genre that is in fact within a canon of Western art. Artists in immersive exhibits are now harnessing what they learned from art before them with digital tools, perhaps in much the same way the Romans copied exact Greek sculptures using more modern tools. Do these Roman sculptures have to face the same challenge as the immersive exhibitions?

Perhaps then, the crux of the matter lies not just in satisfying a social media-centric generation, but in the fact that by using this famous art, digital artists are stripping the original art of his “aura”. In one of his most influential essays, “The Work of Art in the Age of Mechanical Reproduction,” 20th-century aesthetic and social philosopher Walter Benjamin defines the aura as “that which fades in the ‘age of mechanical reproduction’. Ancient Roman art, copied or original, therefore has an aura that the “mechanical reproductions” of Siccardi’s Impressionist works do not have. The original art he shows does not retain his “aura”, while for Kusama to walk on his mirrored floors is to experience his art in its most fruitful, not withered form.

Consumers turn to credit cards, personal loans to get by during inflation: data