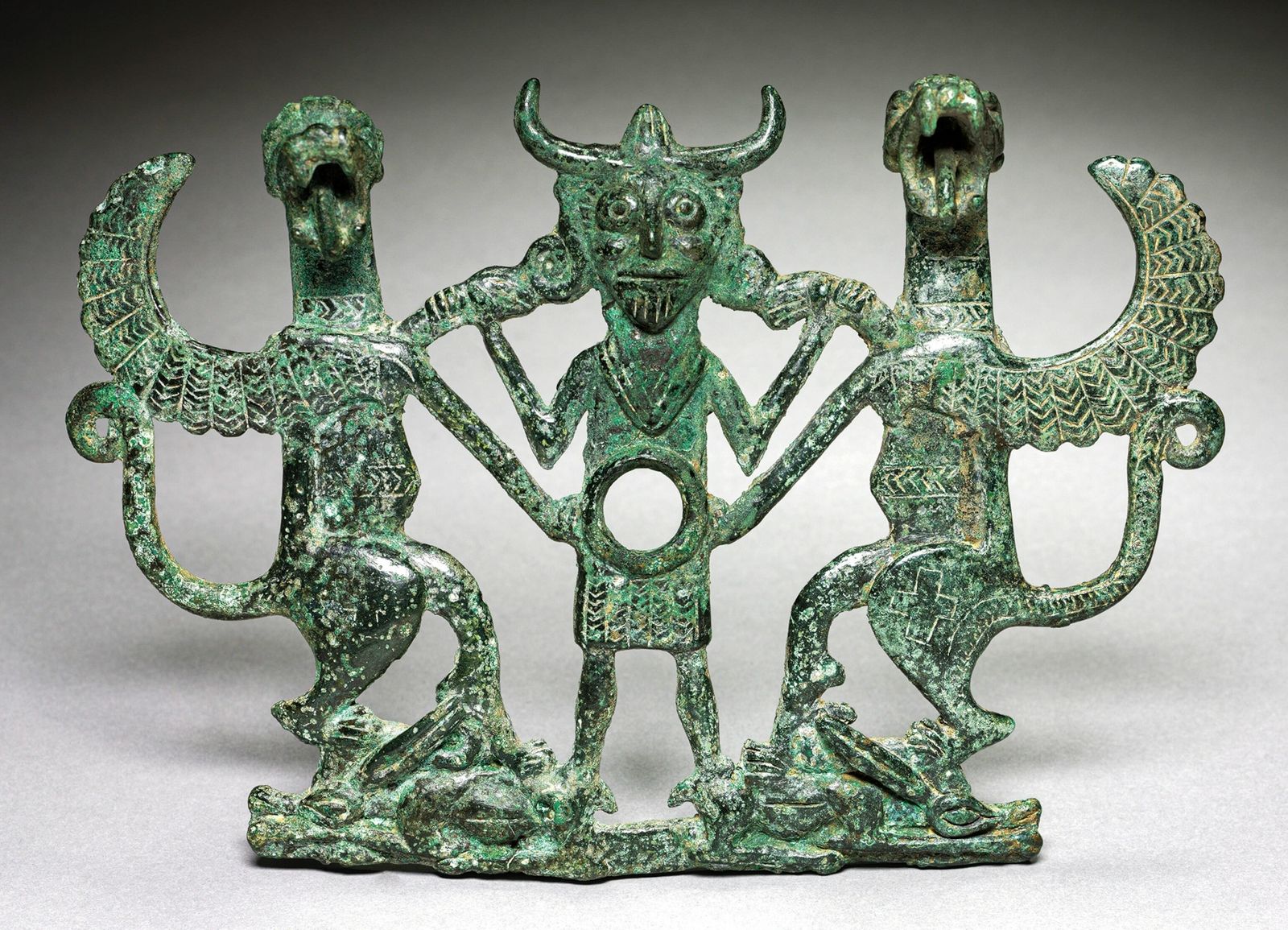 The mystery of the Luristan bronzes still intrigues archaeologists

When exquisite bronze figurines began to flood the antique market in the late 1920s, no one knew much about them. Artworks depicting figures and animals, embossed bronze cups and delicate pins delighted merchants, who were impressed with their beauty. Inquiries have been made as to their origins, but the answers were somewhat vague. Rather than naming a particular colony or civilization, traders would only point to one region of the Zagros Mountains: Luristan (located in western Iran and known today as Lorestan).

The Luristan Bronzes Flood began in the fall of 1928 in the sleepy town of Harsin, about 20 miles east of Kermanshah. A local farmer discovered several beautiful bronze objects in his fields and sold them. Word of his finds spread and soon the city filled with merchants who bought these works of art and then resold them to museums and private collections. It was a profitable arrangement that suited many parties, and very little was done to stop it.

Great interest in the excavation of these bronzes arose among academics and locals. André Godard, the director of the Iranian Archaeological Service in 1928, described the method used by the inhabitants to detect a site to be excavated. They first found a source. Once this was located there was a high probability of finding a nearby settlement with a cemetery. The formula was simple and effective: look for a source of water, and an ancient necropolis will not be far away.

(The first superpower in history arose out of ancient Iran.)

Archaeologists in the air

The first Western archaeologist to investigate the bronzes was German-born archaeologist Erich Schmidt, who began exploring Luristan in 1935. His work at the site was innovative thanks to his wife, Mary Helen. The two shared a passion for archeology: they first met while visiting the Tepe Hissar site in Iran.

Mary Helen advocated the use of airplanes to explore sites from above, and she purchased one for missions. Name it Friend of Iran, the plane surveyed Luristan and other Iranian sites, including Persepolis (the former capital of the Persian Empire), which Schmidt would study. After obtaining clearance from Iran, reconnaissance flights flew in 1935-36 and again in 1937. Schmidt’s aerial photography would prove invaluable not only for documenting sites but also for methodically planning them. excavations.