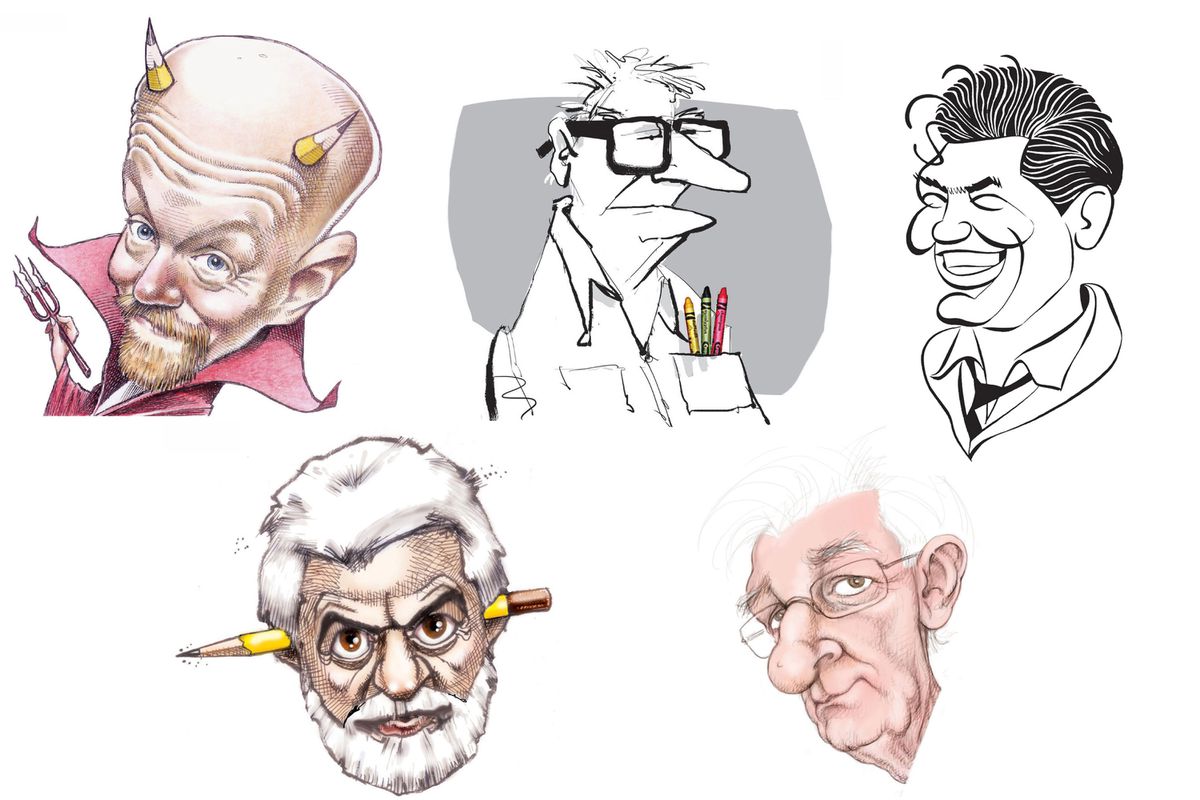 The Globe on Your Mail: Meet the Editorial Cartoonists Canada Post Honors with New Stamps

Editorial cartoonists make a living making fun of important national institutions, but now five of them are part of one of the most important in Canada: the postal service. This week, Canada Post unveiled special stamps honoring veteran cartoonists whose work “has enlightened and entertained us, contributed to the national debate and called attention to injustice and injustice.” Here’s what the stamps look like, with a little background on the artists and the issues they chose to draw.

About the artist: Saskatoon-born Mr. Gable, 72, started out drawing for the University of Saskatchewan student newspaper The Sheaf. After a few years as a high school teacher in Brockville, Ontario. (where he was still a freelance draftsman for a local newspaper), he returned to full-time caricature at the Regina Leader-Post in 1980. He has worked for the Globe and Mail since 1987, winning national accolades for his stellar style. ‘spirit: When he became a Member of the Order of Canada in 2018, the quote says his work “embodies our national sense of humor, which is our ability to laugh at ourselves and our institutions.”

About art: Mr. Gable’s signature beavers represent “the little guy,” he told Canada Post. This beer-drinking beaver in a Muskoka chair represents the spirit of Canada to be “friendly and open to neighbors across the country.”

The story continues under the ad

About the artist: The youngest of seven children from a working-class Montreal family, Mr. Chapleau says he was inspired by the Franco-Belgian comic strip scene of the 1960s and 1970s. His first published work was in Perspectives magazine in 1972 and he worked for various Quebec newspapers before settling as an editorial cartoonist for La Presse in 1996. In the 1980s, he burst onto television with the character of Gérard D. Laflaque, a vulgar middle-aged man animated by the puppet and animation. Mr. Chapleau is a member of the Order of Canada.

About art: A few days before the referendum on Quebec sovereignty, more than 150,000 people gathered in Montreal on October 27, 1995, encouraging Quebecers to vote No and to stay in Canada. This cartoon imagines the rest: one shirt reads “we love you” in English, another says “Not tonight, my head hurts! in French.

About the artist: Mr. MacKinnon was still in high school when he began drawing for local newspapers in Antigonish, Nova Scotia, where he grew up. He balanced editorial caricature with an assortment of college studies and other jobs before joining the full-time staff of the Halifax Chronicle-Herald in 1986. Today, he is the editorial cartoonist of The Chronicle-Herald and its SaltWire newspaper network. He is a member of the Order of Canada and the Order of Nova Scotia.

About art: On April 6, 2018, the Humboldt Broncos junior hockey team was heading to a playoff game in rural Saskatchewan when a semi-trailer struck their bus, killing 16 of 29 people on board. Tributes quickly spread across Canada and the hockey world: Mr. MacKinnon tried to capture that spirit by showing the Canadian provinces as players holding an injured Saskatchewan. Moments of national mourning like this are a tough test for cartoonists, MacKinnon told Canada Post: “You have to make a statement that sort of gets to the heart of this issue in a subtle and nuanced way. ”

About the artist: When he arrived at the Toronto Star in 1958, Mr. Macpherson – an Air Force veteran who earned his acclaim at the Montreal Standard and Maclean’s – was the first Canadian cartoonist to have a agent who negotiates his salary, a practice that others quickly followed. It was the first of several steps he would take to improve the status and editorial independence of cartoonists; in 1988, he would be the first to be inducted into the Order of Canada. He retired from The Star in 1993 just weeks before his death from pancreatic cancer at the age of 68.

About art: This 1970 cartoon asks if American interests, represented as a sinister cat, are more hungry for a Canadian goldfish or the water (representing energy) that keeps it alive. U.S. energy policy, and Canada’s role in it, was a hot topic in a decade when Americans struggled with growing demand and unstable supplies of fuel and electricity.

About the artist: Known under the pseudonym Aislin since 1967, Mr. Mosher, 78, has been with the Montreal Gazette for almost 50 years. Born in Ottawa, his dual perception of the cultures of French and English Canada has helped him make fun of some of the pivotal moments in Quebec’s political history. He produced over 14,000 cartoons during his career and wrote or contributed to over 50 books. He is an Officer of the Order of Canada.

About art: This cartoon is taken from one of Mr. Mosher’s first assignments for The Gazette: the 1972 Summit series, the historic clash between Canada and the USSR. The Gazette sent him to Moscow – accredited as a photographer, to prevent Soviet authorities from suspecting a political cartoonist – where he drew fans, police officers and gamers.