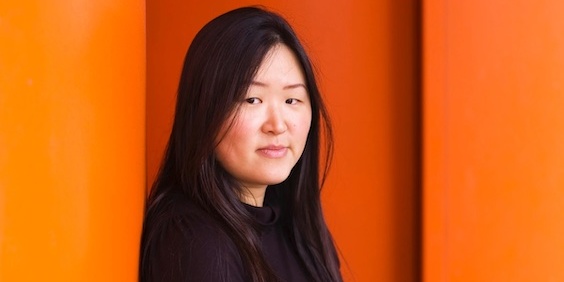 Sook-Kyung Lee, Senior Curator of International Art at Tate Modern, London, has been appointed artistic director of the fourteenth edition of the Gwangju Biennale in South Korea, which will run from April 7 to July 9, 2023. The Biennale, one of Asia’s most prestigious arts events and generally one of the busiest in the world, has been pushed back a full year from its originally scheduled date of 2022 after the thirteenth edition, which it – even had been brought forward a year due to Covid, saw a shortage of visitors as the pandemic rocked.

Lee is the first person to lead the biennial solo since Seoul Museum of Modern Art Director Kim Hong-hee did so in 2006; she is also the first Korean-born curator since Kim to lead the event. Prior to arriving in 2019 at Tate Modern, where she recently hosted a much-loved retrospective of Nam June Paik’s work, Lee worked at Tate Liverpool and the Tate Research Center. In 2015, she was the curator of the Korean pavilion at the fifty-sixth Venice Biennale in 2015, notably exhibiting works by Moon Kyungwon and Jeon Joonho.

“The role of art is to respond to our common crisis and to suggest future directions: race and class conflicts, the climate emergency and environmental concerns, and the pandemic caused by Covid-19 are such crises with a planetary dimension that the artists of our time are exploring. “noted Lee. She went on to say that the next Biennial will be informed by a” non-Western perspective “and will represent a” transformation of the relations between centers and peripheries, of truly equal connections and exchanges and a vision for de better human communities “.

Although no theme has yet been revealed for the 2023 Gwangju Biennale, its organizers in a press release said it will focus on “the spirit of Gwangju” and place the South Korean city in context. global. The event will also illustrate a â€œplanetary visionâ€ taking into account â€œracial, cultural and historical diversityâ€.

Royal Enfield #ArtOfMotorcycling is back, this time offering a bigger canvas for all