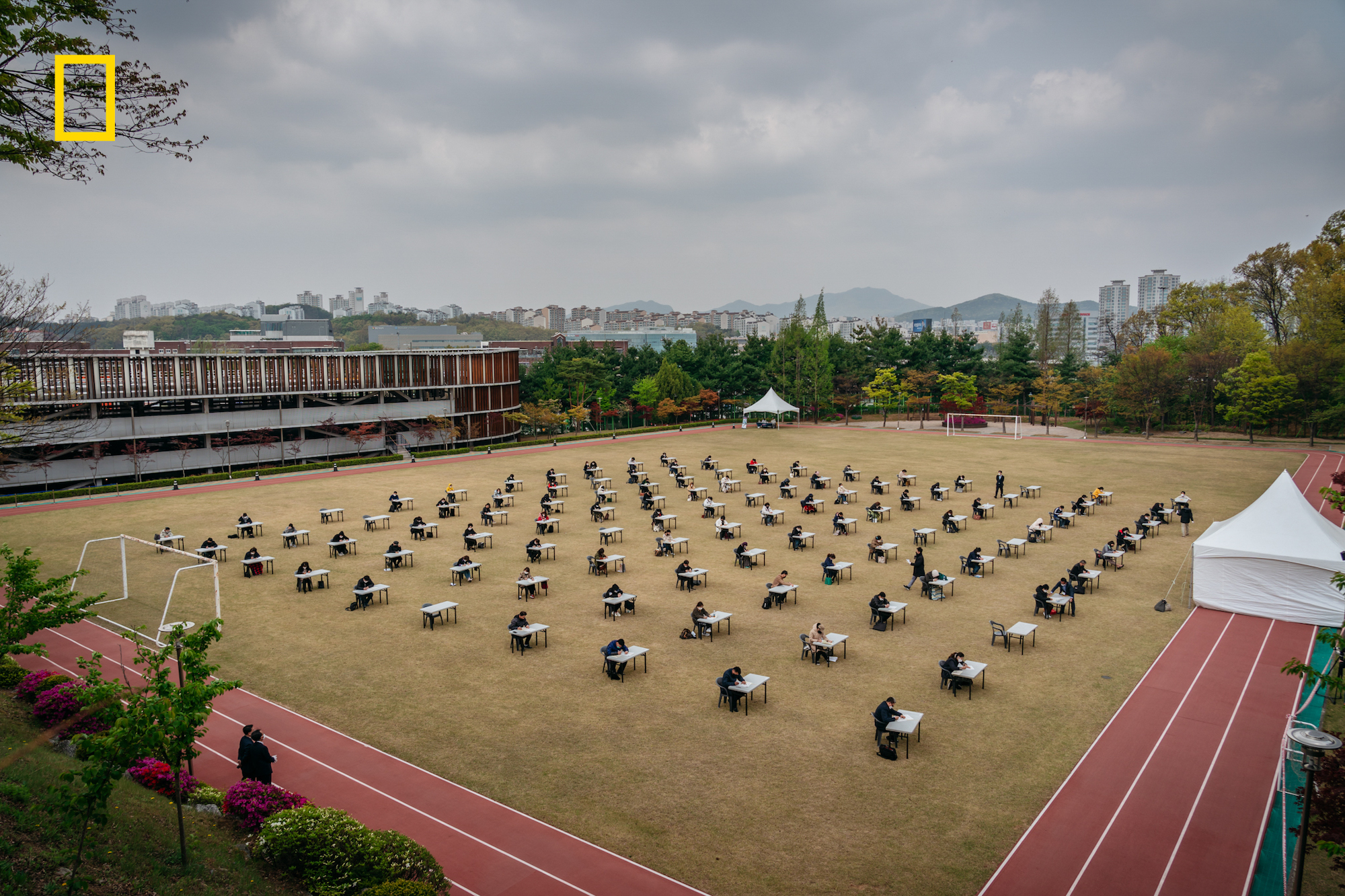 Almost exactly two years ago, the World Health Organization declared Covid-19 a pandemic. Since then, an estimated 57% of the world’s population has been infected with the virus at least onceand just this Monday, the global total of deaths from the coronavirus exceeded 6 million. For the past two years, the toll of the disease has been tracked day-to-day in statistics ranging from the number of people who have fallen ill and died to years of average life and economic damage suffered. But the pandemic has also changed lives in countless immeasurable ways: in our rituals surrounding grief, our embodied habits when we socialize with others, the way we interact with strangers.

The overt consequences of the pandemic – overcrowded medical facilities and armored healthcare workers, sick patients and distressed loved ones, funeral processions – and more subtle – closed museums, altered celebrations, displacements – have been documented by more than 80 photographers in dozens of countries for National geographic. They describe the unique and varied ways in which people have adapted to their new realities while describing the universality of grief and loss across the world.

Several photos of perfectly suited hospital workers, which resemble war photographs in composition, color and tone, have become recognizable to us as similar images of essential workers have been shared widely on social media and cable news during the early stages of the pandemic. Other photos might give us a bit more time, like a minimalist portrait of two grieving sisters on an iPad screen, staged between two white floral compositions. This photo illustrates how individuals and families have creatively sought new and beautiful ways to honor loss despite the constraints of physical gathering.

The photo above, taken by Alessandro Cinque in Peru, shows six funeral workers dressed in personal protective equipment queuing as they wait for a service to end to move a coffin into a grave in the urban cemetery. Behind the workers are visible devotional and personal trinkets such as vases, crosses and pictures. The image is a stark depiction of both the work involved in caring for the dead and how the realms of the living and the dead have come ever closer together over the past two years.

Another dark photo, taken by Muhammad Fadli, shows the Rorotan public cemetery in North Jakarta, Indonesia, which opened in March 2021 and is specifically dedicated to victims of the COVID-19 pandemic. With space to bury 7,200 bodies, the cemetery quickly reached capacity as the Delta variant ramped up, when Jakarta was an epicenter of the pandemic. The local government made plans to expand the cemetery in response.

A depiction of the incomprehensible scale of death and suffering caused by the pandemic in the United States was captured by Stephen Wilkes in Washington, DC, where white flags were flown planted on the National Mall last year to represent every American life lost to COVID-19. (At the time, the United States had just recorded more than 670,000 deaths.)

Wilkes took 4,882 photographs over 30 hours of exposure, recording dozens of people moving and interacting with the installation, and merged them into a single composite image that transitions from day to night from left to right in his style distinctive.

Some photos show how mundane life has transformed in sometimes trivial ways that nonetheless have changed our daily experiences of inhabiting the world. The photo above shows a grid of socially distant people taking qualifying exams to become insurance agents on a yellowed soccer field in South Korea. What is not detectable in the photo is that it would be a “very windy day” and more than 18,000 people across Korea took the same exam that day.

The 45 photographs that have been spotlighted for the second anniversary of the COVID-19 pandemic can be found at National geographicthe website of.

A handful of photos show how people have managed to find comfort, fellowship and even joy during this time. One shows a thoroughfare of Caracas, Venezuela illuminated at dusk by streetlights, filled with musicians from the Orquesta Sinfónica Gran Mariscal de Ayacucho and members of the public during an outdoor performance of music inspired by classical and Afro-Caribbean styles. Another is a self-portrait taken by a woman when she visited the ocean for the first time since lockdown, where she found ‘peace of mind’.

An Altered Experience of Space and Self: An Examination of Reflectance by Jan Tichy