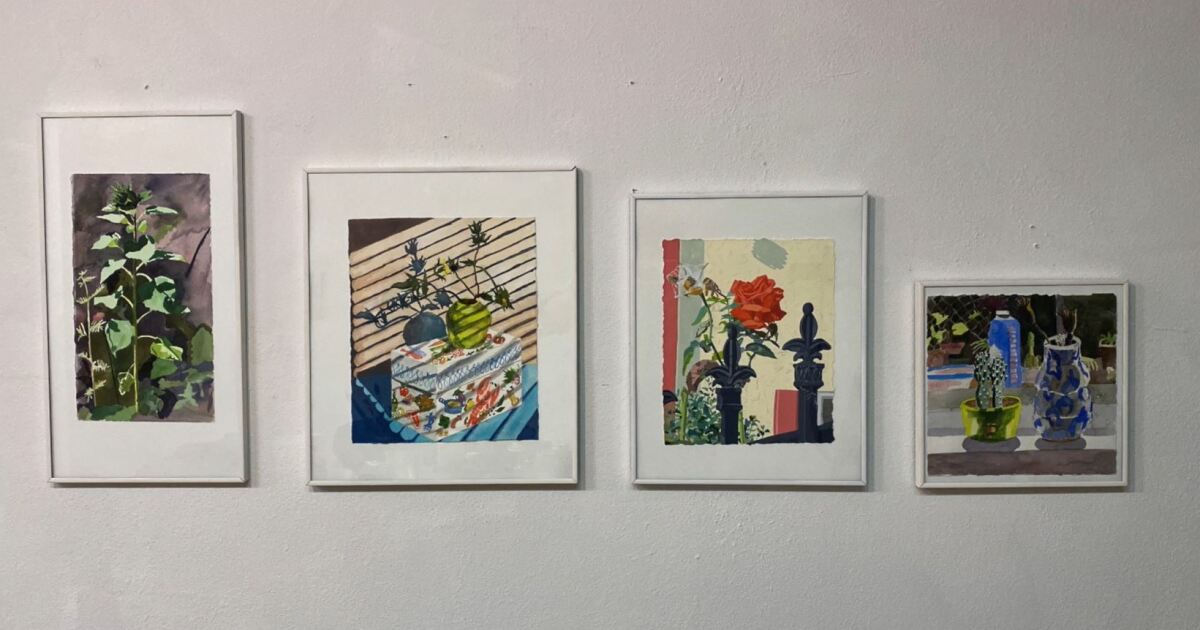 LAS VEGAS (KTNV) – Last summer Lisa Rock left her home as rarely as she could. She says it’s because of what was going on right outside her door.

“There are a lot of fires here and the smoke was a bit unbearable,” she explained. Rock lives in Oakland, California.

“Being stuck inside, I was doing little still lifes,” she said. “While I was painting, the light was moving around my house, like, towards this intense orange, and you can kind of see that orange light appear in the painting.”

His watercolor titled “Recipe Box” is one of many currently on display at Available Space Art Projects (ASAP) as part of the December exhibition titled “Still-life-s” curated by UNLV professor Pasha Rafat . “With the subject of still life or still life,” Rafat said.

The exhibition features the work of 10 national and international artists, all with a connection to Las Vegas. Rock, for example, holds a Master of Fine Arts from UNLV.

“She’s a very interesting artist,” Rafat said. “I mean if you look at these colors, really amazing.”

At a reception on December 18 from 2 p.m. to 6 p.m., Sheppard will be doing onsite tattoos at ASAP from their certified mobile tattoo facility. Rafat says the tattoos stay with the still life theme.

They cost $ 50 and are available on a first come, first served basis. Sheppard will do the freehand tattoos and ASAP says all proceeds will go to the gallery.

The artists’ work on display spans mediums, decades and styles, but it’s all tied to still life, a genre whose history dates back centuries. Still life paintings have been found in ancient Egyptian tombs.

“In the 20th century, I think the key figure is Giorgio Morandi,” said Rafat, who points to Morandi as the inspiration for Still-life-s. “His work is basically the premise behind this show.”

Several exhibits were commissioned by Rafat with this in mind. When you first enter ASAP, you will see ceramic vases based on paintings by the Italian artist, and on the wall behind that is a commissioned painting of the ceramics in the entrance.

And that’s not all.

“So it’s a gouache of a photograph from the book, which is already a photograph of the image,” Rafat said of a watercolor-like gouache hanging on the wall. “Convoluted, I know,” he laughed.

He commissioned this piece from Nakabayashi, a Japanese artist along with other original works in the exhibition. She now lives in Tokyo and was one of Rafat’s students at UNLV.

This story is taken from our “Las Vegas Art Scene” segment on our dedicated digital show “How to Vegas”. Watch “How to Vegas” at 10:30 PM on Fridays and throughout the weekend using the KTNV app on your favorite streaming device.

Do you know of an artist or artistic experience that should be featured? Send an email to [email protected]

Stop asking Pokemon to be different and go play spin-offs