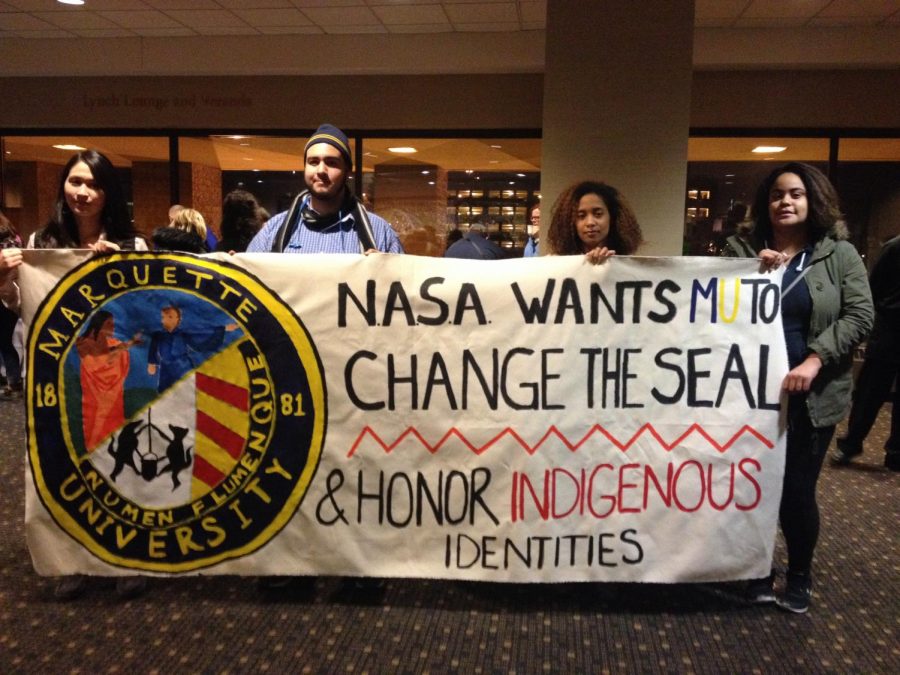 He was more than a year since the Native American Student Association asked Marquette University to improve its support for Native students on campus and change the Marquette seal. The seal has not yet been changed.

Marquette must take faster action to have the university’s seal changed, as it severely distorts the interactions between Father Marquette and the Indigenous peoples in the territory and may isolate Indigenous members of the Marquette community.

In addition, part of the Marquette community claimed that this cropped image perpetuates colonialism, white supremacy and Indigenous subjugation.

The next seal update was last august who said the committee would “continue its work this fall to ensure that the seal represents the Catholic and Jesuit mission of Marquette and acknowledges the influence of Indigenous peoples on our history. continue its work on the design of the seal.

Bryan Rindfleisch, an associate professor of history and a member of the research team for the seal redesign, said a seal redesign proposal was shared at the December 10 board meeting, but had been rejected.

As far as Rindfleisch is aware, the redesign of the seal is still in progress.

There doesn’t seem to be much urgency on the part of the university to get the seal redesigned.

Representation matters. Especially with such a small population of Native Americans in Marquette. Improving representation can start with something as simple as changing the seal.

The university recently share it had adopted a lands and waters acknowledgment to acknowledge that Marquette is on the traditional and ancestral lands of Indigenous peoples and nations, including the Menominee, Ojibwe, Potawatomi, Ho Chunk, Fox, Sauk and Mascouten.

This is a positive step towards creating a more inclusive environment for Indigenous peoples as well as recognizing the history of genocide and displacement of Native Americans during colonization. The same efforts should be made to change the seal.

By recognizing that the cropped image of Father Marquette and the Native American grossly distorts their interactions, and by devoting more time and resources to expediting the process of redesigning the seal, Marquette can follow through on his verbal commitments and his words through tangible actions.

Indigenous students have been asking Marquette to change the university’s seal for years. Marquette was aware of the problems. There is no excuse for the delay. Marquette needs to speed up the process and change the seal. Enough is enough.