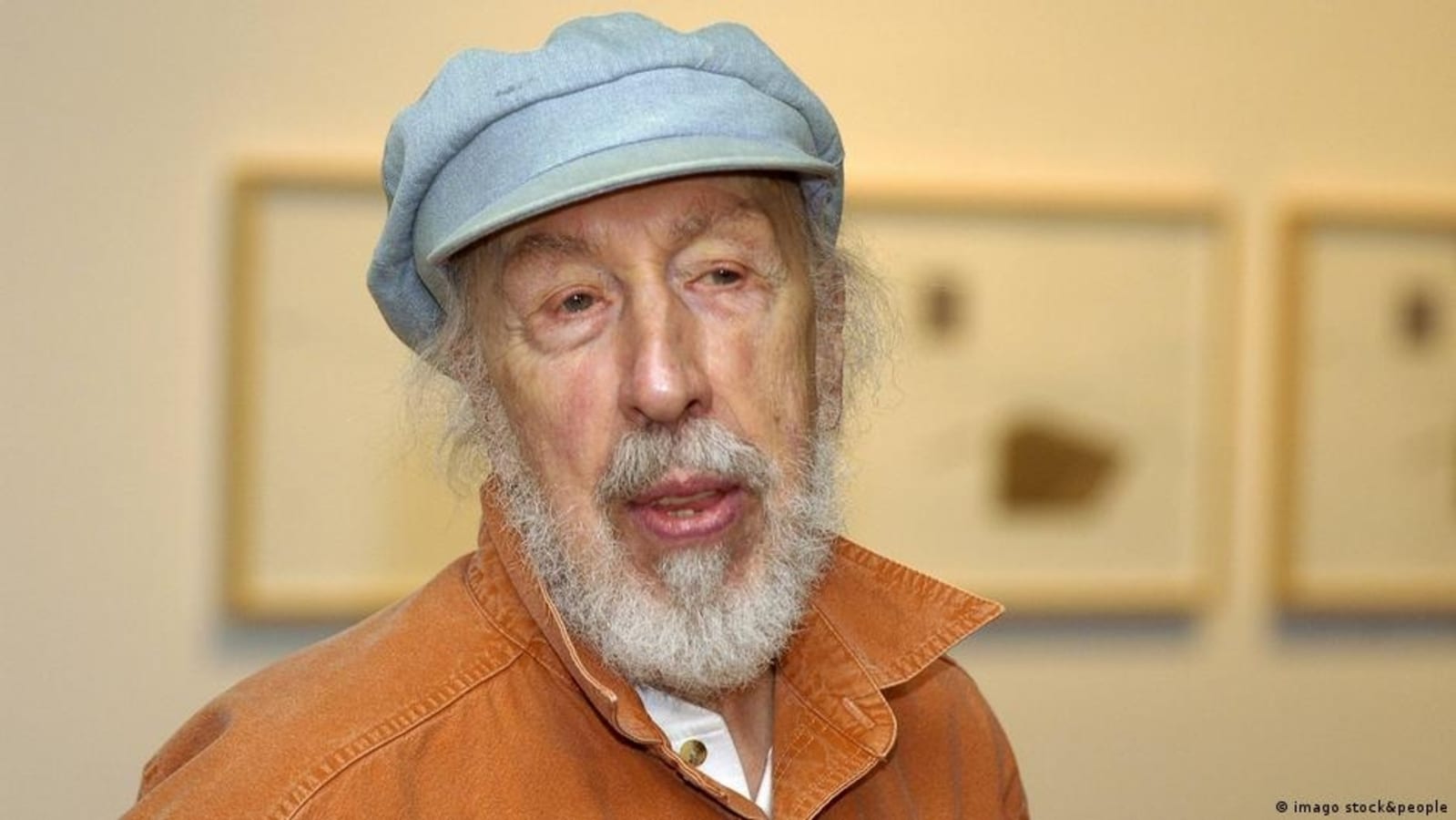 Long before Americans Andy Warhol or James Rosenquist were known for their pop art, Richard Hamilton was shaking up the British art scene by introducing mass production techniques to painting.

After attending various art schools in London, Hamilton launched his career as a pop artist in the early 1950s. He was one of the leading figures in the intellectual and artistic movement called the “Independent Group”. He was the first to deal with phenomena such as advertising, cinema and tabloids.


Uncomfortable with the title “Father of pop art”

Asked about this 20 years ago during an exhibition at the Ludwig Museum in Cologne, Hamilton, who died on September 13, 2011, recalled the heyday of the independent band movement. “In the years 1956-1957, I started thinking about why artists were interested in things that had nothing to do with their daily lives. We all went to the cinema at least three times a week at that time. But most of them went back to their studios and painted monochromatic or abstract pictures. That’s why I drew up a program in which I wrote down everything that I thought was important for contemporary art. sort of manifesto that I hoped would also interest my colleagues — but it didn’t. Yet Hamilton, who discovered the art through advertising, was undeterred.

The first artistic realization of this manifesto was the “Fun House” installation, which Hamilton designed for the London exhibition “This is Tomorrow” in 1956. Visitors had to weave their way down a narrow hallway past photos of pin-up girls, hundreds of advertisements, movie posters. and spinning color discs, while songs by Elvis Presley and Little Richard blared alternately from a jukebox. At the end, visitors were allowed to bustle and speak into a microphone.

“With the things I exhibited in the fun house, I tried to reflect the attitude of young people towards life. Music, sci-fi films, objects. I was pretty much alone in the exhibition with that. Everyone was looking back rather than in the future. But it was my contribution that caused a stir.

Such a single-storey installation, however, is an exception in Hamilton’s work. In the 1960s, the artist, born in London on February 24, 1922, focused on using photography as the basis for his work. The results are post-Dadaist text-photo collages, enigmatic images in which wings can also be interpreted as breasts or silver foil as male genitalia.

In the “Bathers” image, he puts on a pink bathing cap and the floral fabric of a bathing suit. In the advertising sign of the French brand of alcohol “Ricard”, he inserts an “H”, renaming him unceremoniously Richard, his first name. He blasts a ready-made tabletop stove into a colorized photographic still life.

Dadaist Marcel Duchamp and Irish author James Joyce with his idiosyncratic novel “Ulysses” were important role models for Hamilton. The artist explains his love for this book considered particularly complex: “I have never experienced this in any other book: Joyce brings together the entire history of English literature in a single chapter: Shakespeare, Pope, Milton. challenge of bringing together completely different techniques and qualities in a single image. Each image had to be its own system, an accumulation of ideas.

In the process, Hamilton works through different genres of painting in great detail: portraits of landscapes, interiors and still lifes. Each motif, each type of image is basically worked out once and alienated in the most diverse ways.

This approach also set Hamilton apart from his American colleagues. Unlike Andy Warhol, James Rosenquist or Roy Lichtenstein, Hamilton is not a propagandist, but rather an analytical commentator on pop culture. To this day, he is considered a pioneer of pop art and his works are a model for many young artists. He would have been 100 today.