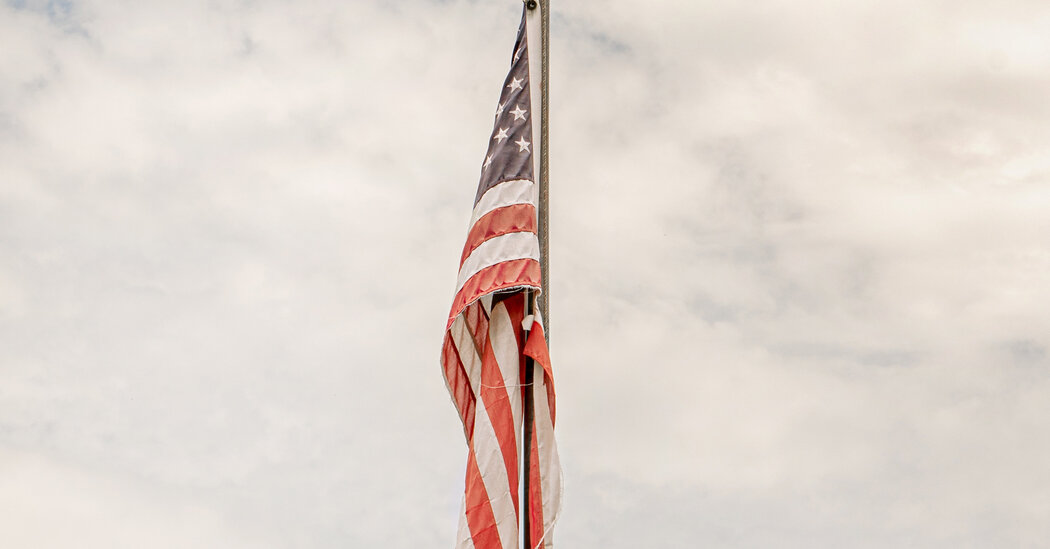 Reviews | A campaign tactic by the Democrats: Clever? Risk? Immoral?

Regarding “A Cynical Low for the Democratic Party” (editorial, August 4):

Cynical indeed! As a moderate Democrat, I find it appalling that Democratic campaign organizations are contributing money to fund the primary campaigns of ultra-right, pro-Trump supporters and Holocaust deniers.

Money donated to these Democratic organizations should go to candidates who promote free and fair elections and who fight lies, racism and anti-Semitism. I want campaign funds to support and ensure that women have the right to make decisions about their own health and well-being.

Learning now that our campaign dollars are going to promote the far right and the Trumpers makes me wonder: why would I ever consider contributing to Democratic groups again if they donate money to the campaigns of the very people I want see defeated?

I would disagree with the Editorial Board’s view that the Democratic Party’s support for Trump’s Republican supporters of the Big Lie is a “cynical low.” Your argument is that Democrats, who claim to stand for truth, should not support truth deniers and, furthermore, that their strategy is a “repugnant and risky strategy”.

But can this also be considered a shrewd political strategy and is it worth the risk? It’s not an illegal action, and it’s probably not immoral, just smart policy.

While Democrats’ efforts to promote far-right candidates, whom they perceive as easier targets in the general election, may succeed in swaying a few Republican primary voters, they pose the greatest risk of alienating large swaths of voters. ‘independent voters like me who simply want politicians to act with a modicum of honesty and integrity.

Especially in battleground states like Michigan, where independents have the power to decide races with far-reaching consequences, Democrats would be wise to bolster the morality of electoral integrity rather than actively undermine it.

Let’s be clear. There are no more moderate Republican politicians. I, too, hate Democratic donations intended to appoint Holocaust deniers. But Republicans who didn’t get Donald Trump’s endorsement are broadly denying climate change, backing abortion bans and favoring a tax system that leans toward corporations and the wealthy.

Don’t shift the political landscape even further in that direction by portraying these right-wing Republicans as “moderates.” They are not.

Covid priorities, in schools and beyond

While I appreciate the critical thinking and expertise that Dr Allen has brought to the discourse on Covid policies in our education system, I fear that the scope too often narrows down to the resilience of children.

Children may be much less likely to be hospitalized or have severe symptoms, but they are just as likely to pass symptoms on to adult family members who may be at high risk.

The UK education system guidelines discussed in the article suggest that children go to school without a mask if the symptoms are only minor (runny nose, mild cough, etc.). These children can easily pass these minor symptoms on to their classmates, who can just as easily pass them on to an adult (a family member or school staff) who is experiencing Covid more seriously.

Yes, the alternative is harmful: children miss school. But our educators and families could pay a higher price if we let children pass it on to each other and to adults.

Joseph G. Allen says he writes in these capacities: “As a public health scientist. As someone who has spent nearly 20 years performing risk assessments of indoor environmental hazards. As a father of three school-aged children and a 15-year-old uncle.

But the politics of Covid in schools affects who schoolchildren interact with outside of school. This includes older and immunocompromised adults who cannot take Paxlovid because it interacts with their other medications.

Writing as an elderly, liberal, and bioethicist, I wonder why a public health expert thinks that “the overarching goal for the next school year should be to maximize classroom time and ensure that school looks a lot like it did before the pandemic started,” rather than recognizing that the overriding goal of any Covid policy should be to save lives.

The needs of Ukrainian students

Regarding “For Children of War, a Time for Play” (press article and photo report, August 8):

As children, their families and their teachers get excited about the new school year around the world, it is imperative to continue raising awareness of the dire educational needs of Ukrainian children.

In addition to the physical destruction of school infrastructure, there are shortages of supplies ranging from laptops to textbooks. Some teachers had to physically defend their schools when the Russian invaders entered.

Professors gave lectures from the front lines. Others taught in person from shelters, where anti-aircraft sirens howled. The dedication of teachers in times of war is heroic.

Students are the future of any country. Educating students in Ukraine, as it took place before the invasion in February, is essential to rebuilding the country. They deserve our support. Just like their teachers.

Anna Nagurney
Amherst, Mass.
The author is the Eugene M. Isenberg Professor of Integrative Studies at the University of Massachusetts Amherst and Co-Chair of the Board of Trustees of the Kyiv School of Economics.

Regarding “Defying the Supreme Court,” by David Leonhardt (The Morning newsletter, August 4):

Those like me who rejoice in the overwhelming rejection in Kansas of a measure to ban abortion there should curb their enthusiasm. The result of this referendum could illustrate the adage “Be careful what you ask for; you might get it.

The fact that Kansas voters refused to allow their legislature to override women’s reproductive rights plays into the narrative of the Supreme Court’s vindication in Dobbs v. Jackson Women’s Health Organization, in which judges ruled that decisions about women’s control over their own bodies should be left to individual states.

By demonstrating that this principle can work to protect individual rights, the Kansas vote could bolster the state rights argument that underpins the Dobbs decision. It can be invoked to justify the inclination of supermajority radicals in court to reconsider decisions involving contraception and same-sex marriage, among others, as advocated in the Dobbs case by Judge Clarence Thomas.

Marshall H. Tanick
Minneapolis
The writer is a lawyer.

Art studios, homes and gardens are back on tour in La Jolla and Pacific Beach