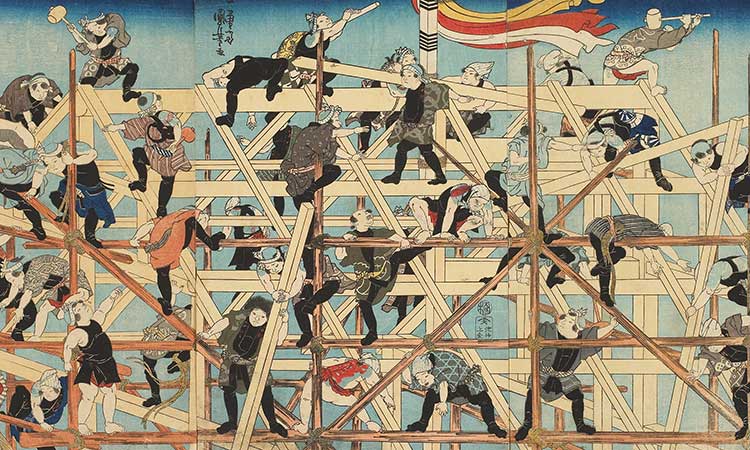 Rewards stack up for Kura: prophetic messenger – the book produced in conjunction with the sculpture which became the first permanent installation in the Jon Hassler Sculpture Garden on the grounds of Saint John’s Abbey and University in Collegeville.

The book, which chronicles the collaborative effort that gave birth to the sculpture, was recently named Best Book of Fine Art at the 16th National Indie Excellence Awards (NIEA). The awards recognize freelance and independent publishing efforts and are open to “all books in print in English available for sale, including small presses, mid-sized independent publishers, university presses and self-published authors” .

“NIEA is proud to be a champion of self-publishing and small independent presses that go the extra mile to produce books of excellence in every aspect,” reads the organization’s website.

“This special award recognizes the visual sophistication and incredible artistry that went into the production of the Kura: prophetic messenger book project,” said Steven Lemke ’08, Associate Director at The Saint John’s Pottery, Art Department Instructor and Environmental Artist in Residence at SJU. “To see Saint John’s vibrant artistic community recognized and the skilled work of Kura: prophetic messenger editorial and design team in particular is a treasure.”

Last spring, the book, which was first published in October 2021, was also named the winner of the 2022 Nautilus Book Prize in the photography and art division. This competition was international in scope. Past winners include the Dalai Lama, Deepak Chopra MD, Desmond Tutu, Judy Collins, Barry Lopez and Louise Erdrich.

Five major pieces weighing a total of 14,000 pounds form the base of the sculpture, which features a 4,800-pound granite base. This slab was removed from Alcuin’s library when it was connected to the adjacent Learning Commons. Many materials were reused from other iconic structures on the SJU campus.

The word Kura comes from the Japanese term for warehouse, which was historically used to protect food supplies for future use. At the center of the round, a stainless steel Kura hanging from the center of the sculpture is a handmade scroll of the Rule of Saint Benedict assembled by local artist Mary Bruno with a reclaimed redwood scroll and display stand made by the local craftsman Jeff Thompson.

It was installed in the summer of 2020, and was dedicated and blessed in October 2021.

The book was published to coincide with this dedication. Its structure is unique and, like the sculpture itself, a collaboration within the CSB+SJU community and beyond.

It begins with a foreword by Lemke on the importance of Bresnahan’s work in higher liberal arts education. Dr. Matthew Welch, associate director of the Minneapolis Institute of Art, has written an essay on the history and function of traditional Kura warehouses in Japan.

The central part of the book is an essay by Bresnahan comprehensively documenting the collaborative process that resulted in the making of the Kura sculpture. It deals with the philosophy of eco-mutualism, a central theme in Bresnahan’s work. Additionally, Bresnahan wrote the opening and closing text of the book and the captions that accompany the more than 250 photographs.

His wife, Colette Bresnahan ’83, composed seed biographies of the “three sisters” (corn, beans, and squash) which are sealed and stored inside the sculpture. Its section describes how these seeds were grown, named, and used across cultures.

Significantly, Richard and Colette’s daughter, Margaret Bresnahan, oversaw the book’s production and served as editor. She structured the book around the four seasons: summer, autumn, winter and spring. She also edited the text of the book and wrote the biographies of the 178 artists associated with Kura sculpture.

The book was designed by Paul Nylander of Illustrada. Paul Wegner ’93 served as photo editor. He was also named a finalist for the 2022 Minnesota Book Awards, which were announced in April.

DALL-E 2 uses descriptions to produce images, but is it art?