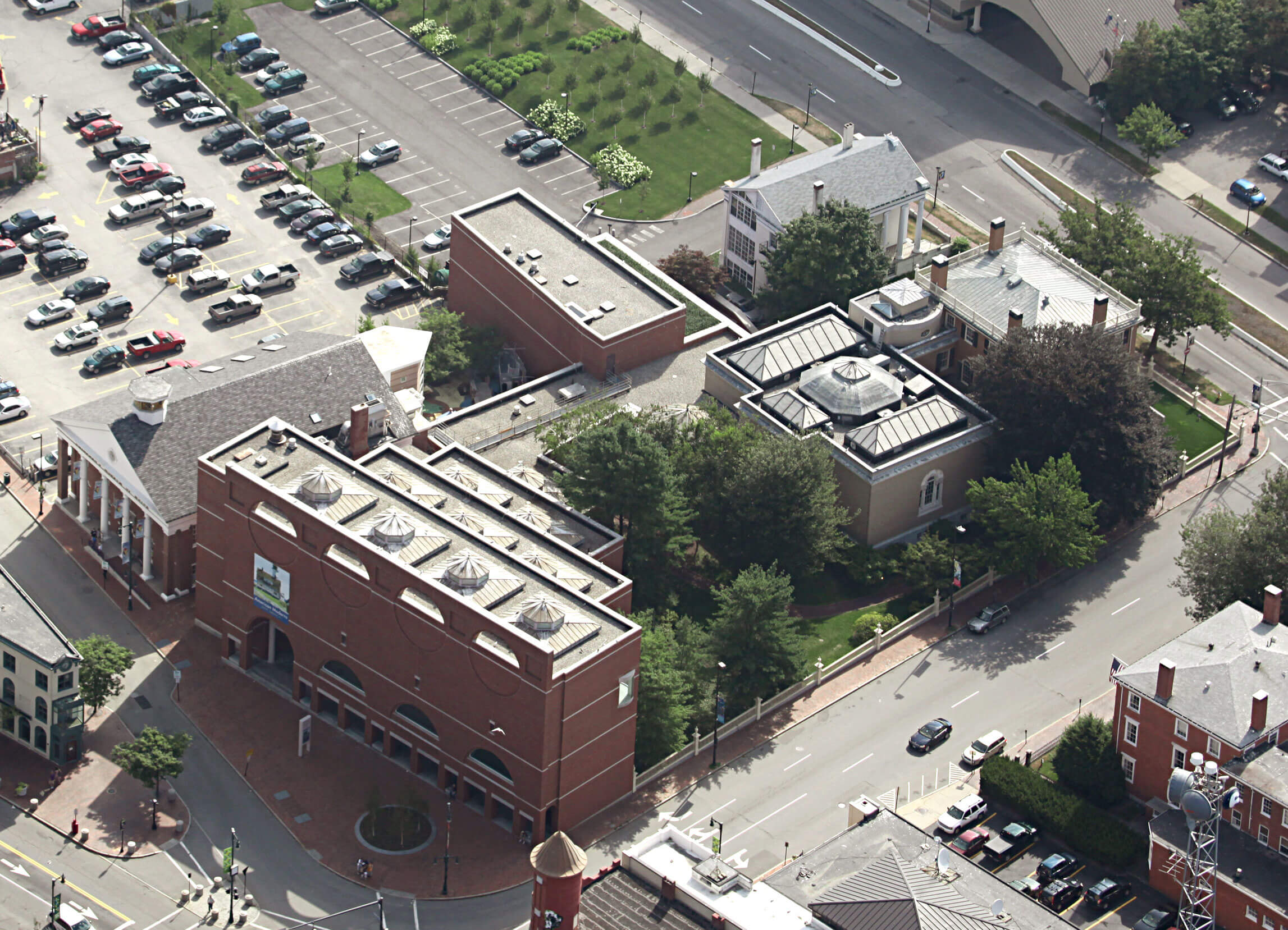 The Portland Museum of Art (PMA), Maine’s oldest and largest public art institution, has revealed a shortlist of national and international architecture firms vying to spearhead a planned expansion project that, a when completed, will see the 140-year-old museum congress The square campus has more than doubled in size. Companies in the running include: Adjaye Associates, MVRDV, LEVER Architecture and a team co-led by Toshiko Mori Architect, Johnston Marklee and Preston Scott Cohen.

Based in Cambridge, Massachusetts, Preston Scott Cohen’s eponymous architecture studio is the only New England-based firm to lead one of four shortlisted design teams (the full list of teams can be found at the end of this article). ) with LEVER Architecture representing the other Portland. With the exception of New York-based Toshiko Mori Architect, designer of the new Center for Maine Contemporary Art in Rockland, none of the firms leading the team have designed previous projects in the Pine Tree State.

The four teams listed were selected through an open international competition, the Campus Unification + Expansion International Design Competition, which was developed and led by Dovetail Design Strategies in partnership with PMA. The competition officially launched in June with a request for quotes. As reported by the PMA in a press release, 104 teams submitted qualifiers with more than 250 companies from around the world taking part. Thirty percent of leading architecture firms were founded or owned by BIPOC and 16% were founded or owned by women.

As noted by the PMA, participating teams were expected to “demonstrate an understanding of the challenge, a dedication to museum ideals, relevant work, and exemplify” How can museum architecture promote equity? »

“We are deeply moved by the diversity of experiences and records of innovation represented in these submissions,” Mark HC Bessire, Judy and Leonard Lauder Director of the Portland Museum of Art, said in a statement. “Our aspirations as a cultural institution go far beyond just ‘constructing a building’, and when we launched the competition, we were curious to see if our colleagues from the architectural world were also interested. by the paradigm shift that we imagined. Turns out they were.

With Phase II of the competition now underway, the four shortlisted teams will submit their design concepts this fall with a public display and comment period to follow in early winter. Final team presentations to the public and competition judges are scheduled for the first half of December with the winning team expected to be announced later in the month. Key dates and information about the competition jury can be found here.

Earlier this year, PMA first announced its PMA Blueprint: Building a benchmark for the future project, which involves the construction of a new museum building in its first phase and a second phase which involves the unification of PMA’s four existing buildings, the largest and newest being Pei Cobb Freed’s Charles Shipman Payson Building & Partners. The completion of the brick-clad Payson Building in 1983 marked the last time the museum expanded the footprint of its downtown Portland campus. PMA’s next new wing will rise on a site directly adjacent to the Payson Building at 142 Front Street, which houses the former Chamber of Commerce building. PMA acquired the nearly 200-year-old structure in 2019 after its last occupant, the Children’s Museum & Theater of Maine, decamped to new space at Portland’s Thompson Point Development waterfront.

The footprint of the current campus spans just under 40,000 square feet across the four buildings and will emerge from the proposed expansion to approximately 100,000 square feet. In addition to the Payson Building, the three other existing PMA buildings include the Clapp House (1832) at 97 Spring Street, the National Historic Landmark-designated McLellan-Sweat Mansion (completed in 1801 and significantly restored in 2002), and the Sweat Memorial Galleries (1911). These historic structures will be renovated as part of the campus unification effort to create an “inclusive and iconic landmark for the future.”

Planned to rise six or seven stories, the new wing “will anchor and integrate the entire campus and double the existing size of the institution”, detailed the PMA. “It will be an environmentally and environmentally responsible expansion that will house new collections and major exhibitions, host community events, programs and performance space to see and make art, and consolidate all of the offices of the personal.”

Among other elements, the expanded and renovated campus program is expected to include: a rooftop sculpture park and restaurant, a new gallery space for temporary exhibitions, a dedicated performance space, classrooms, a photography center , an event venue, studio/makerspace, and community gathering and workspace. In addition to the aforementioned new offices for PMA staff members, other features of the scullery are expected to include a commercial grade kitchen and service/area loading dock. Landscape upgrades are also part of the plan.

To fund the campus expansion and unification project, the PMA launched the $100 million (initially $85 million) Blueprint Capital Campaign; $30 million has been raised so far, as reported by the Portland Press Herald. Guided by Art For All’s mission, PMA has a collection of 180,000 objects, with the majority of these works in storage due to current space constraints. The Plan The project will not only allow the museum to exhibit more of its important collection at once, but is also expected to increase visitor numbers to 300,000 to 500,000 visitors per year.

The new wing is expected to be completed in 2026.

The shortlisted full design teams are:

The official local architects have not yet been contacted by each respective team – this process is part of the second stage of the competition.

A will report in December when the winning team has been announced.