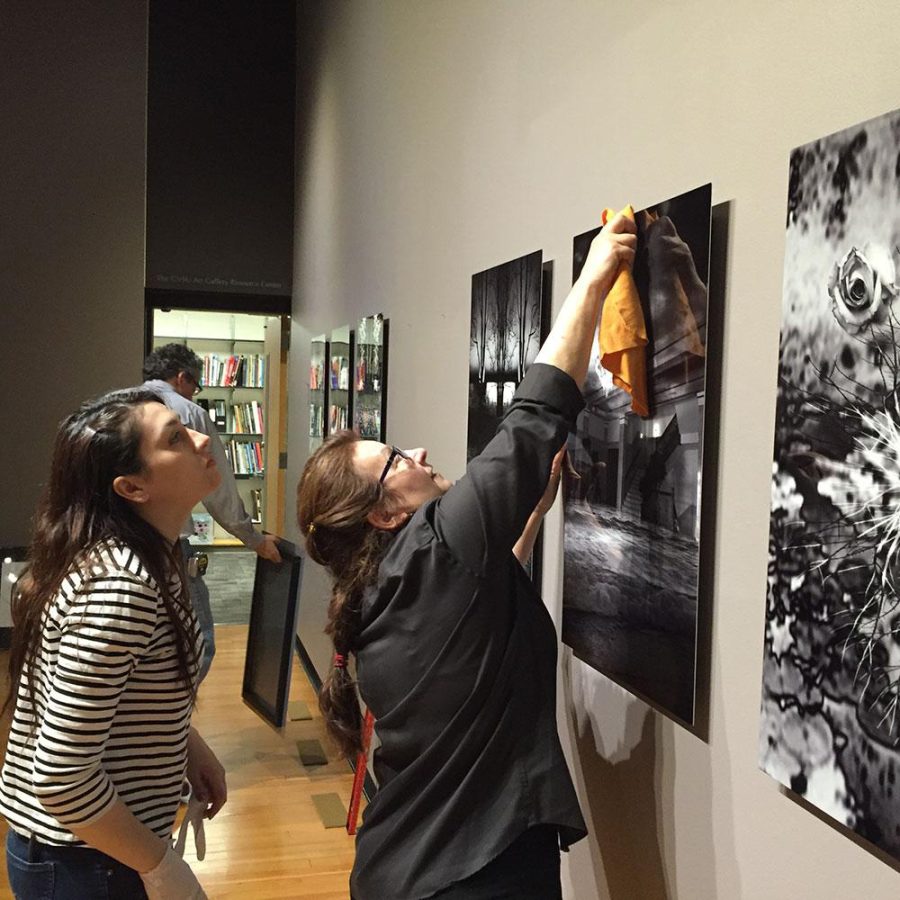 Seniors in the Photography Major at Grand Valley State University end their final semester with a final project that reflects the different techniques they studied in the program.

This year’s title for the senior showcase is “A Modern Anomaly”. From 23 Nov to Dec On the 10th, the Thomas J. and Marcia J. Haas Center for Performing Arts gallery will be dotted with projects that senior photography professionals have been working on throughout the semester.

The Photography Thesis course is taught by Professor Victoria Veenstra but overall it is a stand-alone project. Each student also has an advisor from their major who is available to help develop their ideas.

Photography teacher Stafford Smith is an advisor to three of the students in the class. Smith helped guide Skyler Gottschalk, Jesse Sandoval, and Maggie Eder through their final projects.

“My job is to work as a sounding board, letting them bring their ideas and feedback to me and I have to be careful not to get too involved or be too discouraging, ”said Smith. . “So I try to follow a fine line in giving constructive criticism without going too far. “

Stafford said Sandoval’s work is one of the group’s most personal projects as it expresses some of the struggles he has faced.

“And so for him (Sandoval) it’s really like harnessing his soul and communicating it in a way that makes sense not only to himself, but to people who don’t know him and don’t know anything about the project. , “said Smith.

Gottschalk’s work is used as a model as she places herself in awkward positions and faces the camera. Stafford said his work can have many different interpretations from the viewer.

Eder explores his environment with his project. For each scene in her project, she took an image of what is in front of her, as well as what is directly above and below the subject.

“What I want you to take away from my work the message to stop every now and then and take a minute to appreciate what’s in front of you because there is so much detail and beauty around us, ”Eder said.

Senior Riley Adkins’ thesis is entitled “Pain | Lust. ”Adkins said his work is a series of black and white photos that visually depict subjects in extremely raw and sexual forms.

“Its main purpose is to provoke emotions in the viewer by not giving a lot of information about what I’m showing,” Adkins said. “I basically want it to be interpreted, but these emotions are felt by people who see my collection, whether it is a positive or a negative feeling.”

Adkins decided to take a more unconventional approach to showing that his work displays images using projectors. Its objective is to make the spectator feel surrounded.

Adkins’ project is displayed in a darker, more secluded part of the gallery. It is also a multimedia experience with music and videos.

The work of seniors varies in terms of technique and meaning. Eder said she appreciates how different everyone’s work is while still being able to work together.

“It’s always very satisfying to see students struggle against obstacles trying to figure out what things mean and how things go together,” Smith said. “And then see where they get that ‘aha’ moment, you know, that epiphany where they kind of have that breakthrough and it all falls into place.”

Visit Lansing’s past at these iconic historic homes