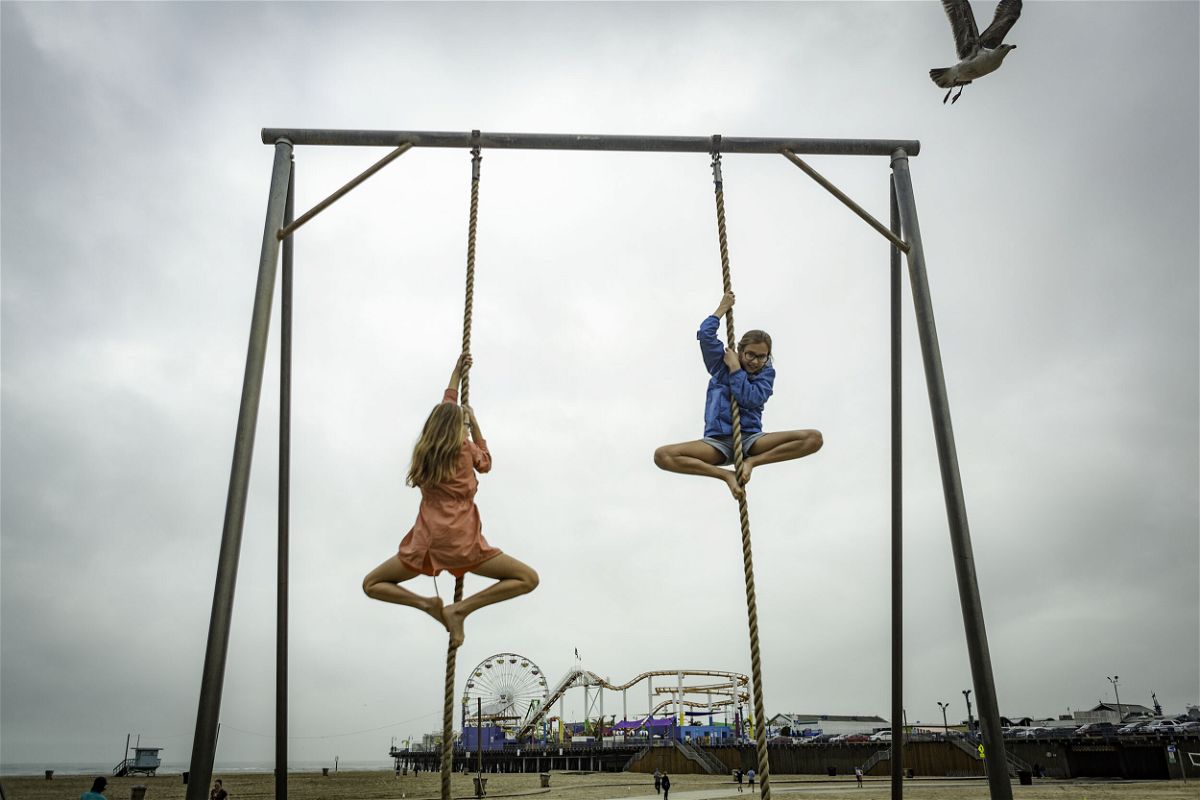 For over a decade, Nancy Richards Farese has captured heartwarming images of children around the world, from Burkina Faso to Honduras, Ethiopia to Spain. Throughout her travels, the American photographer has observed a common trait that seems to transcend cultures: “They play,” she said on a video call from Boston, “despite what’s going on”.

There is perhaps no better illustration of this than Farese’s photos of the sprawling Cox’s Bazar refugee camp in Bangladesh, home to hundreds of thousands of people displaced by Myanmar Rohingya crisis. Amid the trials, she documented children blowing windmills and pulling a water jug ​​as a makeshift toy with wheels and an old rope.

“You go there to photograph all of this trauma and hardship, and yet you realize, ‘Oh, the kids are sliding down a hill of mud; they created these amazing and elaborate games with bottle caps and shoes; or they made kites or trucks from found bottles and old cassettes, ”she said. “The other adults and I had a sense of how serious this (situation) was, and yet the children were actually doing something, quite naturally, to help them heal themselves.”

Farese new book brings together nearly 100 photos she took examining children’s games in 14 countries. His young subjects play chess in Jordan and monopoly in Cuba; they jump, turn around and run with abandon; they kick and throw balls, climb and jump ropes. Dolls and kites are recurring features, while jacks and throwing games are seemingly global – albeit with different names and props.

“One of the most ubiquitous games is what in Haiti they called ‘circle’,” she said. “This is where they roll a tire and then use a cable to control it. You see it ubiquitous in Ethiopia and Bangladesh. I tried to do it, just pick it up and run along the road with the kids. It’s super tough, but it’s also a lot of fun. Immediately you have to really focus, you are laughing and there is competitiveness.

Perhaps the universality and familiarity of these games is why her photos resonate with so many people, she said, adding, “We see it (and) we understand the joy of the moment.”

A right to play

The title of the book, “Potential Space”, was inspired by the famous pediatrician and psychoanalyst Donald Winnicott, who used the term to describe a space between person and experience – between imagination and reality – which promotes creativity and culture. The caption of her book, “A Serious Look at Child’s Play,” alludes to the photographer’s constant interest in developmental science.

After studying the importance of play as a companion at Harvard Kennedy School, Farese also works with the charity CARE International and the National Institute of Play, which said playing encourages innovation, creativity, flexibility, adaptability and problem solving later in life. University research in the field has shown benefits for children ranging from improved coping skills to bigger empathy.

“We kind of dismiss (the importance of playing), but when you talk to scientists or theorists they understand it as one of the most basic things we’ve ever done in our life,” said the photograph. “It completely shapes our emotional, social, physical and internal landscapes. It’s just fascinating to realize that our abilities to collaborate, to cooperate, to understand tolerance and inclusion are just simple aspects of development that we practice in a tag game. And they are vitally important.

Playing is not only beneficial for the intellectual and emotional development of children: it is a human right consecrated in the United Nations Convention on the Rights of the Child. Acts of cooperation and compromise can also help build values ​​essential to the functioning of democracies, Farese suggested.

“The basic premise of the game is that the goal is just to keep the game going,” she said. “And (the kids) are learning to do it. So, is there a threat to the way we see ourselves in a democracy if we don’t learn and practice the basic skills to level the playing field and include others? “

There are many insidious threats to play, in developing countries as well as in developed countries. Although Farese largely eschews technology in her uplifting imagery, she is a fierce criticism of how phones and tablets encroach on traditional forms of entertainment. And in the West, she added, fears about safety and parental pressure to be “productive” have resulted in “the diminishing role of people allowing their children to play aimlessly – to just go out and play. “

The photographer also argues that consumerism encourages children to think of play as synonymous with toys, to the point that “it doesn’t occur to them to play without a toy,” she said.

His photos suggest that material things aren’t a prerequisite for fun, whether it’s kids playing in a Massachusetts water fountain or a boy inspecting his own shadow in Haiti.

“They don’t have a lot of toys there,” she said of a remote school where she took this last photo. “And it was amazing how much joy they drew from the shadows.”

Not just for kids

“The interesting thing about going out on the court with a camera in these situations is that the kids immediately flock to you – and they want to see your toy, if you want to,” Farese said, adding, “You want that. they don’t see you., and do whatever they’re going to do. I think the trick is to make yourself as boring as possible… You start writing or looking at something on your camera and you shoot with it. The attention span of children is not that long, so they are not going to spend a lot of time with you.

Photography is, however, an “inherently fun activity,” she said. And as her attempts to push the tires reveal, Farese often finds herself inadvertently involved in her subjects’ games. Indeed, his advocacy for the benefits of play is not limited to children.

“Humans are neurologically developed to be able to play for their entire lives,” she said. “And yet, socially, we have these ideas that it’s a cinch, and we shouldn’t be doing it – that it’s a waste of time and it’s not productive.”

“We travel the world every day with this treasure trove of deep memories both visual and emotional,” she added. “What if we allowed ourselves to play like a regular practice – to be creative, inclusive, to set aside even five minutes each day as a time when we are in nature, or… where the goal is to give up your sense of identity? “