Philadelphia Free Library: We Were Always There: Historical LGBTQ Fiction for Young Adults

All out edited by Saundra Mitchell
Do you like the number seventeen? This anthology of seventeen young adult authors tells seventeen stories about seventeen young people of different LGBTQ identities, living their lives in seventeen different time periods. There’s a diversity of genres contained inside, including a transgender soldier in the Mexican Civil War and an asexual girl at a nightclub. And do we have lesbians? Oh, do we have lesbians! If you liked Gentleman’s Guide to Vice and Virtue and Code name truth, then you will love these stories.

Set in New York City in the late 1980s, this is the story of Reza, a locked up gay Iranian boy who begins dating Judy, the straight niece of a prominent ACT UP activist. Reza’s only exposure to other gays has been the coverage of the HIV / AIDS pandemic on television; which terrifies him to stay locked up. His bond with Judy becomes the best friendship he’s ever had, so he thinks he’ll be fine pretending to love her romantically and live his life in the closet, until he meets the best friend of hers. Judy, Art. Art is the only openly gay boy in their school and rebels against his conservative parents by documenting the HIV / AIDS pandemic using his photography skills. Reza develops a big crush on art and now he’s in deep trouble: he wants the boy, but doesn’t want to lose his best friend / girlfriend … and there’s also a pandemic happening that the federal government will not do enough to fight. Maybe you find this story relevant? If you liked Darius the Great disagrees and Speak, try this one. It’s different, but I think you’ll like it! 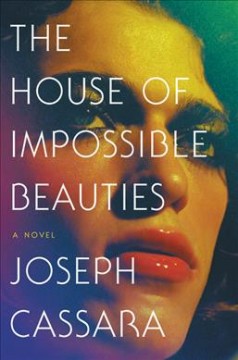 The house of impossible beauties by Joseph Cassara

I think the librarians at Over The Rainbow described this one better than I ever could:
“For fans of the FX show Pose or the documentary Paris is burning, Cassara lovingly documents the New York City prom scene in the 1980s, when queer people of color could compete in a vicious, loving environment of fierce queens with even more fierce support. Difficult issues like AIDS and racism are tackled head-on as the living characters navigate love, life, and loss with their tightly set wigs and unblemished lipstick. The black flamingo and Rainbow milk, look at this.

This press release was produced by the Free Library of Philadelphia. The opinions expressed here are those of the author.

Is it Steph Curry…or a work of art?