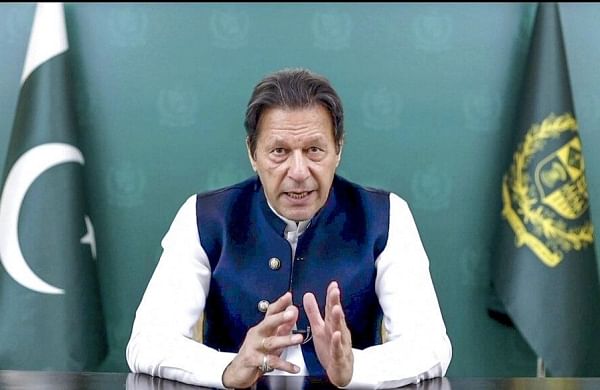 One of the greatest lessons of Indian foreign policy at the United Nations General Assembly meeting has been Pakistan’s complete isolation on the world stage. For a very long time, Pakistan gladly acted as a buffer for the West to restrict the regional ambitions of India and the USSR. The Great Game is finally over, leaving Islamabad to face the terrorist demons it has stirred up. The highest US dollar he embezzled to fund his global jihad project has dried up and left the country to fight the shortage on its own.

If the Biden administration had any interest in keeping Islamabad afloat with help to encourage an orderly transfer of power in Afghanistan, it evaporated with the installation of the Taliban regime and the seizure of power by the Haqqani network in Kabul aided by the deep state of Pakistan, pushing the relatively moderate Mullah Baradar out of the way. India has played its part in building the narrative over the years by highlighting the neighbor’s use of terror as an instrument of state policy. New Delhi’s bitter retaliation to Pakistani Prime Minister Imran Khan scouring Kashmir at the UNGA meeting, using the right of reply, calling him an arsonist in firefighter disguise eloquently captured the duplicity.

US Vice President Kamala Harris herself touched on Pakistan’s terrorist sanctuary during her one-on-one with Prime Minister Narendra Modi, indicating the change in mood in Washington. That Modi had a summit meeting with President Biden outside of his participation in the multilateral Quad summit must have been infuriating for the Islamabad army and its puppet prime minister. Especially since Biden hasn’t even spoken to Imran since returning to the White House, not even at the height of the Afghan crisis. Given the diplomatic slap, Imran opted to address the UNGA through a pre-recorded speech instead of an in-person visit. He naively wondered in his speech why his nation was not in the aid basket, when the global community is committed to supporting Afghan civil society.

That Pakistan is no longer clubbed with India is old news; he is now linked to the brutal Taliban regime he incubated. How that would manifest in Kashmir and elsewhere as the nation deals with the domestic fallout from declining foreign aid and the FATF, the watchdog of terrorist financing, remains to be seen.