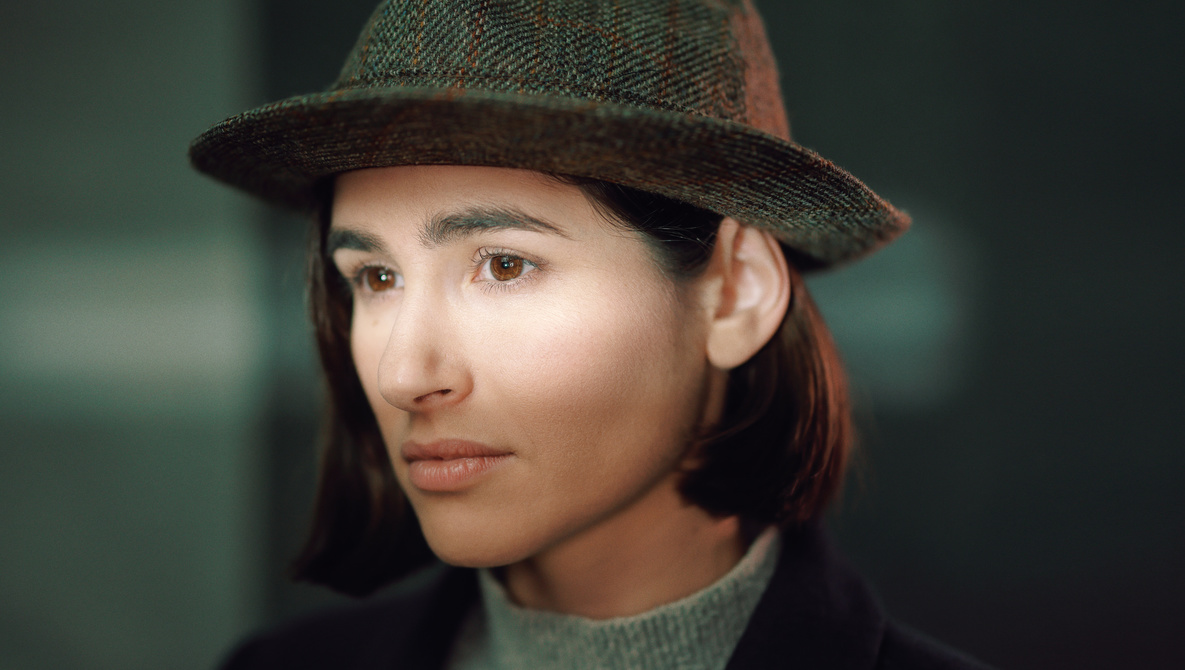 Mentoring and the Illusion of Originality: An Interview with Portrait Master Ivan Weiss

I recently had the chance to meet the London photographer Ivan Weiss, whom I consider to be one of the great portrait painters of our time. Weiss’ unique work has been featured by Canon UK, Affinity Photo, Vogue, BBC and Forbes, among others, and he also runs the Portrait Track in Peter Hurley’s Headshot Crew, where he mentors other photographers. Our conversation focused on the illusion of originality in art, mentorship, and why you have to “stay on the bus” to reach your full potential.

Find your own voice

One of the biggest challenges for artists in any field is the process of finding our own voice, of creating work that is instantly recognizable as our own. Most artists will struggle with this at different stages of their careers, and as Weiss explained, the process of creating our own aesthetic can seem counter-intuitive. Yet the process is necessary and begins with identifying a style that speaks strongly to us on an intrinsic level.

Weiss started our interview by talking about one of his biggest influences, Dan Winters, whose work he discovered while reading Wired Magazine. Even before Weiss knew the photos were Winters’ work, the images spoke strongly to him. It wasn’t until later that he made the connection between Winters the photographer and the images of Wired, realizing he was drawn to the work even before he started his photography career. Later, while vacationing in Italy, Weiss visited the Uffizi Gallery, where he decided to spend time studying the portraits of a few lesser known Renaissance artists. While viewing portraits created by Cristofano dell’Altissimo, Weiss noticed many similarities between the paintings and Winters’ portraits. At this point he began to understand that originality is more complex than it seems at first glance and, as he delved into the history of the dell’Altissimo paintings, he discovered that even these were copies of the style of a previous painter. It was then that Weiss became aware of the originality and imitation of the work of others:

You realize that at that point, we’re all fraudsters in that sense, but it doesn’t really matter. It’s important how you feel about it. I don’t intend to copy Dan Winters but I have consumed so much of his work that many of his visual touchstones come naturally with me.

He developed this concept by comparing architectural photography to portrait photography. When we photograph a building, says Weiss, we are capturing someone else’s creation, which inherently defies the concept of originality, since the image we have created is a copy of the architect’s building. As a portrait painter, he realized that photographing people is, in fact, very similar, in that you, as a photographer, have no rights over the unique face you capture. You didn’t create the face, and ultimately your image is inherently a kind of copy, so in that sense, we’re just copying.

You realize there’s nothing like, in a sense, being original, but, on the other hand, there’s the way I see something, and the way I decide to present, and the moment I decide to click the shutter. It is the thing that has value.

Seen in this light, being or becoming original doesn’t seem like an impossible task, though Weiss doesn’t hurt when discussing the amount of work involved in the process, simply encouraging those who struggle to “do more. pictures.” More on that later.

Stay on the bus

The concept of staying on the bus comes from a 2004 graduation speech by photographer Arno Minkkinen, and it was developed by writer Oliver Burkeman. According to the theory, the secret to finding your unique path and success comes down to the Helsinki Bus Station. Although all terminal lines start out making identical stops at the city exit, soon there are many different paths to choose from, representing the multiple paths we can take as artists. Unfortunately, after spending time on a specific route, we realise, or perhaps others painfully tell us, that we are just copies of another artist who has traveled that route before. Frustrated, we take a taxi back to the station and start again at the terminal, basically from scratch. Two years later, we’re at a similar standstill as before, feeling like a copycat of someone else again. Minkkinen’s solution to this is to simply “stay on the fucking bus!” Only by staying on the bus will you explore Helsinki’s varied and divergent bus routes, eventually discovering roads less travelled. In other words, by staying committed to the path, your job will end up being the realization of your singular vision.

According to Weiss, staying on the bus is key to discovering your creative voice. An important part of the process is not being afraid to copy another artist’s work, as long as their style speaks strongly to you. He believes that our tastes aren’t something we can intellectually make a decision on, but “they’re just the things that come out of you spontaneously.” Although we may make the conscious decision to try to copy another photographer, it is only through practice and repetition that we can create work that fulfills our own tastes. In other words, as Weiss puts it, “you realize it by looking back.”

Before this starts to look too much like an existential journey, it’s important to note that the only way to achieve this ideal is to do a lot of photography, study, and mentorship work. As I mentioned before, Weiss encourages us to just take more photos. And that sounds easy enough, but that’s really the essence of what we need to do to reach our full potential as artists. When he urges us to take more photos, he tells us to do the necessary work, although he prefers to avoid the term “do the work”, because he believes that our work as photographers must be born from a place of passion. and love. “Work” is therefore not a drudgery or something to be dreaded, but something to be welcomed at every turn. Weiss adds, “Your technician has to be good enough to follow the rules, but if your artist decides not to, that’s okay,” reminding us that technical skill is a necessary part of the process. In other words, you can’t cut corners.

Our conversation eventually turned to the topic of mentorship, which Weiss says is invaluable in accelerating our growth as portrait painters. Although many photographers go all out when it comes to sharing their techniques, he believes that “mentoring works for the person being mentored and also for the mentor” and encourages photographers to seek out mentorships. If you have access to someone whose work you like and can study directly with them, that’s the fastest and safest way to progress.

Weiss cites headshot master Peter Hurley as his mentor. Of mentoring with Hurley, he says, “the more time I spend replicating Peter’s style, the more it looks like me.” For Weiss, Hurley represents the ideal of what a mentor should be, as he is an open book when it comes to his process, from the equipment he uses, to coaching, camera settings and business strategies. . Naturally, that’s also Weiss’ philosophy as a mentor, simply saying, “I don’t think having secrets is a good way to do things.”

I would be remiss if I did not mention that I had the good fortune to mentor Ivan Weiss myself, and I consider him the biggest influence on my portrait photography. I can attest to the fact that he shares from a place of passion and joy, and his endless pursuit of the perfect portrait is both inspiring and infectious. I think he summed up our conversation best when he said to me:

There is no problem that cannot be solved by taking pictures. If you lack motivation, if you’re creatively stuck, if you need to improve your technique, go and take some pictures.