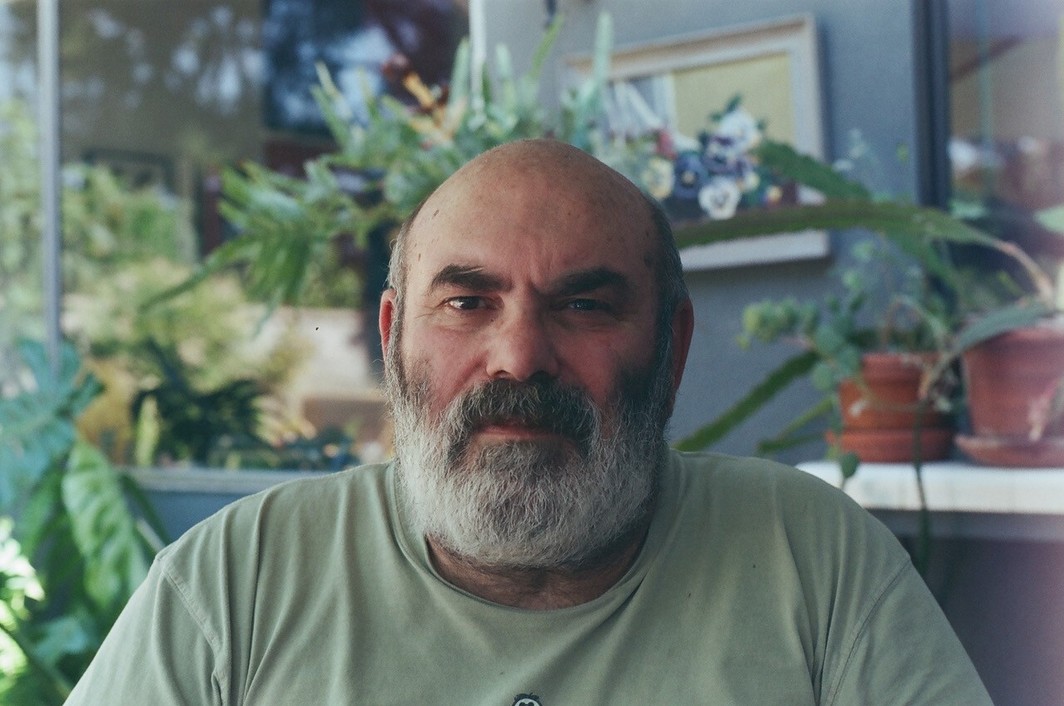 Concept artist Luciano Perna, known for his typically absurd found object sculptures influenced by Arte Povera and his discreetly evocative photographs, died on December 28 in Los Angeles of a heart attack at the age of 63. The news was confirmed at Los Angeles Times by the artist’s wife, Darcy Huebler. His work through mediums such as painting, photography, sculpture and installation defied categorization, his work being variously described as Constructivist, Duchampian, Futurist and Surrealist. In works ranging from a self-portrait including a close-up of a spaghetti strand enlarged to reflect his own size to “Paintings by the Pound,” a group of abstract paintings into which he secreted small weights and billed buyers accordingly. He continually questioned the restrictions surrounding the making of art and its reception.

Perna was born in Naples in 1958. After both parents died within months of each other, he moved to Caracas, Venezuela, at the age of sixteen to live with his older half-brother. There he continued the practice of photography, which he adopted at the age of fourteen under the tutelage of his father, an amateur photographer. After brief stints as an archivist at the National Library of Venezuela and as a photographer in a commercial portrait studio, he moved to Los Angeles and enrolled in CalArts at the age of twenty-one. He then obtained his BA and MA in photography, studying with John Baldessari, Judy Fiskin, Barbara Kruger and Douglas Huebler (the father of his future wife).

Working with humble found objects, Perna often composed objects perceived as masculine (motorcycles, racing cars) from those perceived as feminine or domestic (pots, pans, cups, barbecues). Of particular note is its 1993 Easy Rider, which replicates the iconic chopper ridden by Peter Fonda in the titular 1969 film, with a pair of aluminum crutches forming the bike’s elongated front fork. Perna had never seen the movie, which came out when he was eleven and lived in Naples. “I just saw the photos and imagined what was in the movie,” he said. Bomb‘s David Pagel the year he did the job.

Although he has experimented with various mediums over the course of his career – “What I want to do is best tackled in this weird, unimaginable space that resists definition,” he told Pagel – the photography stuck. a constant. During the Covid-19 lockdown, Perna began photographing plants and other objects in his home against seemingly shallow black backgrounds, the results both bright and elegiac. He posted his efforts daily to his social media accounts, where they caught the attention of many who were previously unfamiliar with his work. Among them was the critic Benjamin HD Buchloh, who developed this work in the pages of Art Forum in the fall of 2020.

An artist who was totally unknown to me seemed to suspend his floral semaphores between alarm and seduction. Alarm, since the random Perna specimens were apparently not singled out solely by concern about the increasingly precarious ecology of plants, threatened with extinction by perpetually diversified political and economic practices of chemical and climatic destruction. , but also by the feeling of an aggravated topicality imagining the dangers to life in general within the framework of the pandemic. Seduction, since these images not only mobilized the capital transhistoric attractions of flora, but also deployed the centuries-old meditative powers of still life to block the paradoxical rush of time under the pandemic’s mind-numbing evacuation of most structured functions. everyday.

Inkjet prints of these works were exhibited at the Marian Goodman Librairie in Paris in 2021. Perna has exhibited extensively in galleries around the world and in museums, including the Institute of Contemporary Art in Los Angeles, the contemporary exhibitions from Los Angeles, the Laguna Art Museum and the Santa Monica Museum of Art, all in California; MIT’s List Visual Art Center, Dia Art Foundation, New York; and the Institute of Contemporary Arts, London. His work is in the collections of the Los Angeles County Museum of Art; the Walker Art Center, Minneapolis; and the Museum of Fine Arts, La Chaux-des-Fonds, Switzerland.

Banat Collective’s latest exhibition is a bold representation of femininity

The mystery of the Luristan bronzes still intrigues archaeologists