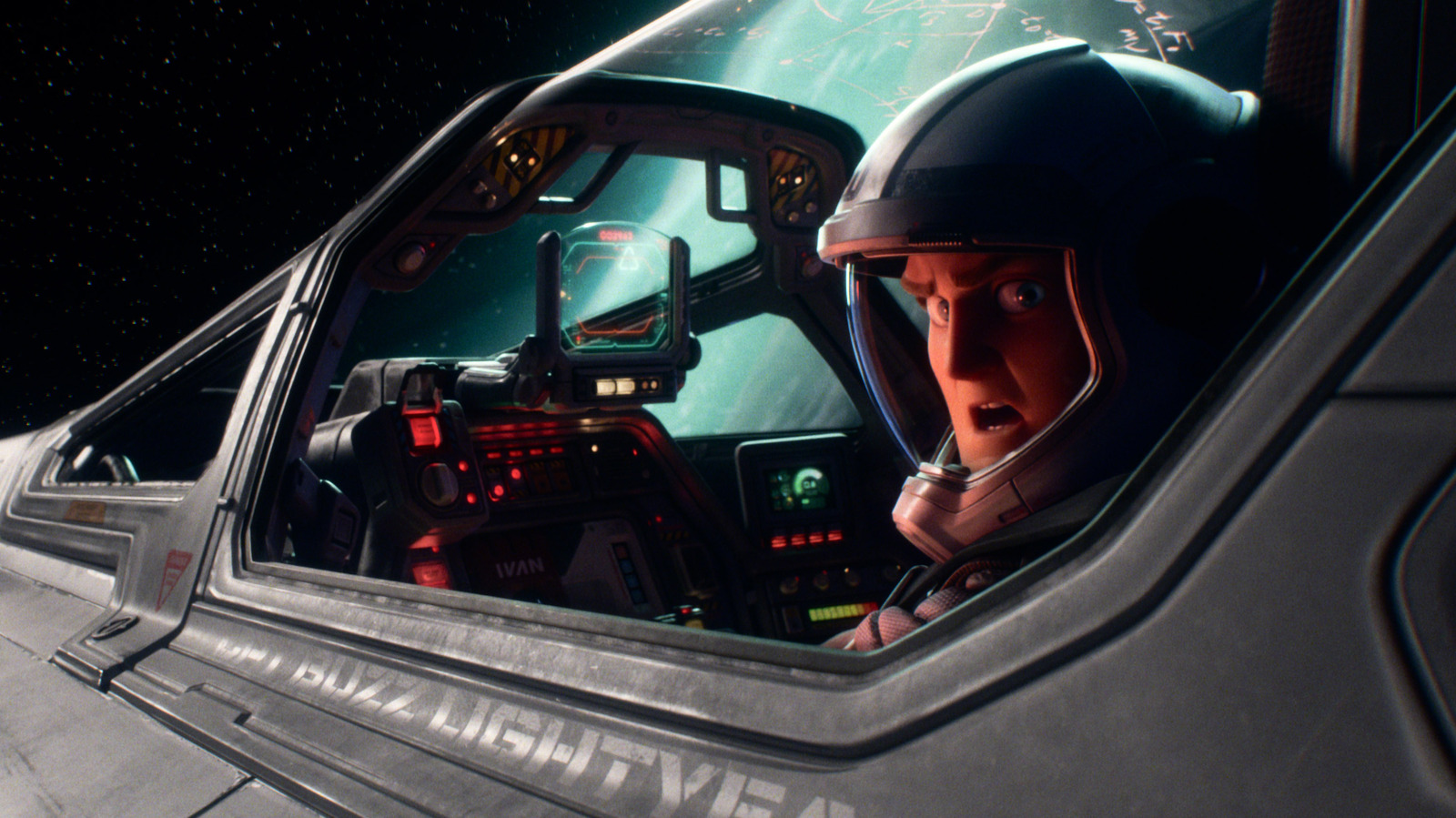 One of the biggest things about “Lightyear” is that it’s just not a movie that could exist, as it does, until now. Even if Pixar had wanted to do a spinoff like this earlier, it might not have been possible or, at the very least, the same thing at all. The team even designed new technology to film it for IMAX. As always, Pixar seems to be pushing what’s possible in animation here. Another example of this, as innocuous as it may seem to some, is the hair of several characters in the film.

Hawthorne (voiced by Uzo Aduba) is Buzz’s fellow Space Ranger and close friend in the film. One of the team’s main goals was to give her a braided hairstyle that looks like what a black woman would wear in the real world. This wasn’t always possible, however, as everything is more complicated than it looks in the animation. As Susman explains:

“Grooming is still a developing art form in computer graphics. It’s very complicated. It’s very rich in information. We worked closely with tools, and we had a woman on our film who had a particular passion for being able to understand braids. It was her thing, and she owned it. It was just this mind-blowing masterpiece of working with tools, coding, and assembling. It was a va back and forth, that was an iteration. That was a big part of capturing who these characters are. It was worth the investment to really try to make them authentic. I think one of the Happiest for me was probably during the preview, when one of the women in the Q&A afterwards, she looked over and said, “I love this hairstyle. I could wear this hairstyle. I could see that hairstyle on me. “You couldn’t ask for more than that.”

Jane Yen, the film’s visual effects supervisor, also explained that the hair braids we see in the film were a big challenge. “I’m particularly proud of our team’s development of neat new construction techniques,” she says. “Our braid system has controls for braid partitioning, curls, and graphic shaping that allowed us to bring our beautiful characters even more life.”

It may seem like a small detail, but it’s a big detail and just one example of how far Pixar has come. Between all the moving parts and ongoing innovation, one thing MacLane didn’t want to do was get lost down a pointless rabbit hole of deciphering exactly what this movie is, or worry audiences too much with it.

“We didn’t go down the rabbit hole to figure out who the in-universe actors were playing these characters, mainly because…it wasn’t something that was useful to us. Because I never wanted that the end of the movie ends around and say, ‘Do you remember Toy Story?’ So for me, it’s more of a starting point, it’s an exit road to enter a world apart.

‘A brutal 50 km race, with obstacles. I felt a strange urge to give it a shot’