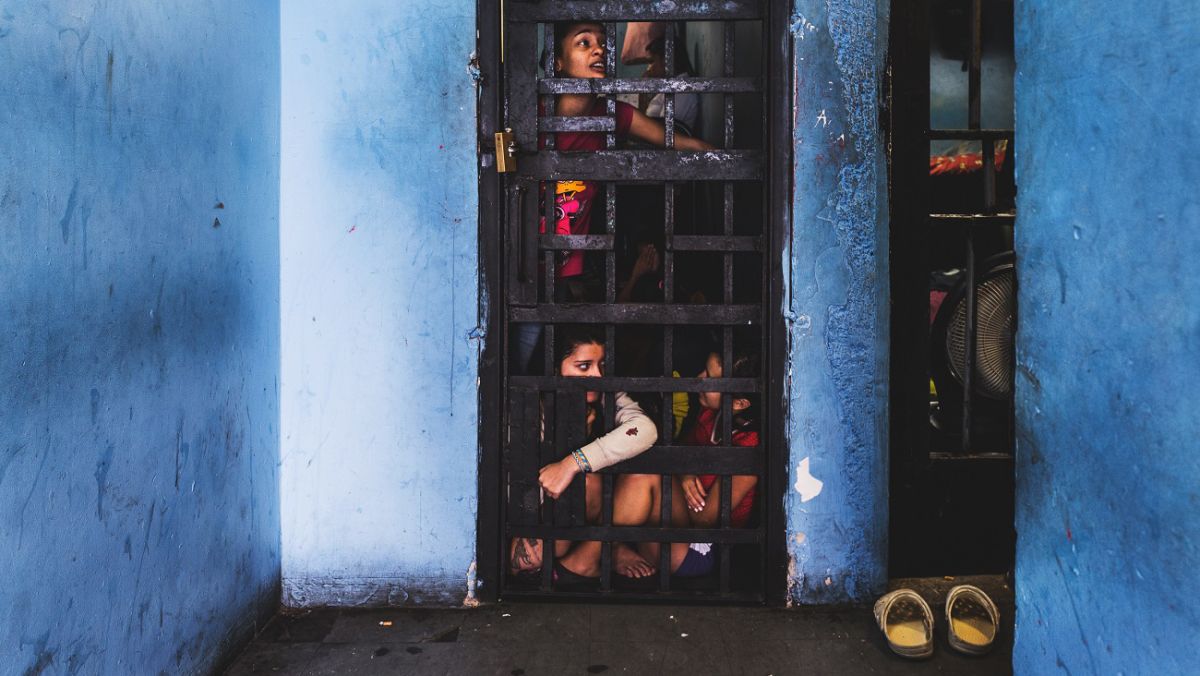 Her photos illustrate the crisis of Latin American prison systems and the shocking reality of women prisoners in this moving series. Thousands of women sit in overcrowded prisons and detention centers and live in totally inhumane conditions without space, hygiene, medical care or any measure of respect and justice.

Previously nominated for several awards, this work opens the door to a daily life that seems hopeless.

Returning to her home country after living in Europe for a long time, the Venezuelan photographer was made aware of the terrifying conditions in the country’s women’s prisons. Stunned by her first impression of the spaces she saw, Gosen went on with the task of getting behind the system with her camera and revealing how desperate the poor and vulnerable were without justice. Despite the law decreeing that there is a 45-day limit on deciding whether inmates in detention centers should go to jail or be released, the system apparently often fails and women wait endlessly for days, months and sometimes even years.

As a result, the images are almost unbearable to watch – the viewer wondering how these people survive in these claustrophobic conditions, where is the air or access to fresh water, these women are caged like animals.

Since 2017, Gosen has visited four prisons and eleven detention centers and has now extended her quest to El Salvador, where she also works with women reintegrating into society. She is adamant she will not stop this job until something changes.