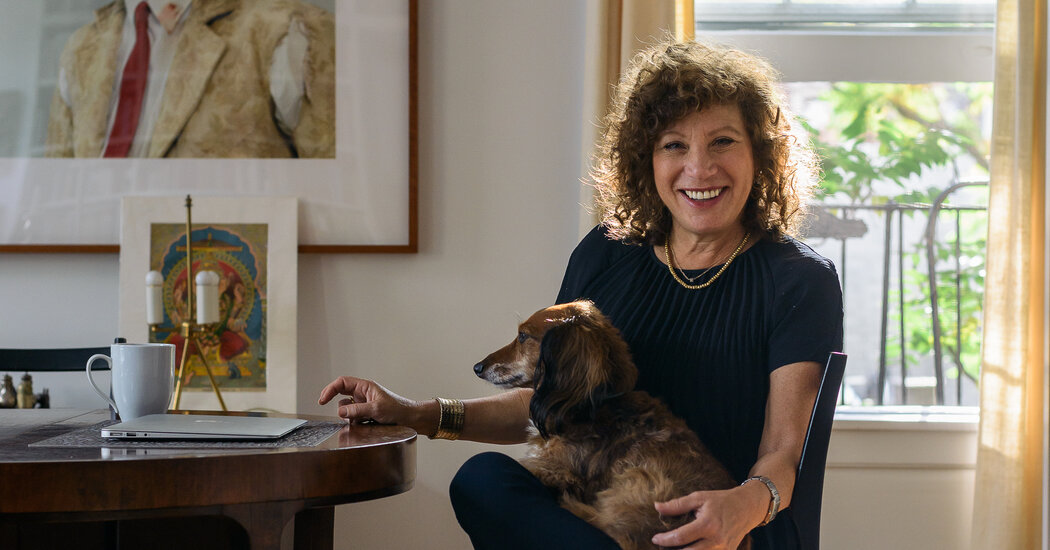 The cause was acute myeloid leukemia, said his sister and only immediate survivor, Linda Saul-Sena.

Ms Saul, who was educated as an art historian, was working at the Metropolitan Museum of Art in the early 1980s when she teamed up with Nancy Lieberman, an art director working in advertising, to sell photographs of Ms. Lieberman’s Upper West Side. apartment. They were young and entrepreneurial and, as Ms. Lieberman pointed out in an interview, at that time you could start a gallery with little money.

Their first artists were Madame Gall, who makes sensual inquiries into the natural world, from clouds to caves to insects; Zeke Berman, whose surrealist paintings oscillate between sculpture and photography; and Mr. Bush, who would become known for a wide range of work.

A windfall from an estate gave the couple the seed money to open a gallery in SoHo. Five extraordinary prints they found in an attic – by early 20th-century greats Paul Outerbridge, Tina Modotti and Edward Weston – sold out quickly.

Their first show, in May 1986, was of Mr. Bush’s work, lush, evocative domestic interiors of a crumbling Irish country house.

In 2013, a Mr. Svenson show sparked a storm of controversy. (By this time Ms. Saul was on her own as a gallerist, having moved, along with the rest of the art world in the 1990s, from SoHo to Chelsea.) Inspired by the Hitchcock film “Rear Window” , Mr. Svenson had taken a series of photographs of his apartment of residents of the new glass-walled building that had risen across from him in TriBeCa. Called “Neighbors,” the portraits were intimate and tender—the curve of a man’s back, a child’s hand, a small dog gazing up at its owner—but there were no identifying faces or details.

Just before the show opened, the family of one of the subjects, alerted by an article from a small downtown newspaper that identified their building, filed a cease and desist order against the show and a lawsuit against Mr. Svenson for invasion of privacy. .

What followed, as Mr. Svenson said, was a tabloid scandal. TV crews parked outside the gallery and his apartment, and he was pilloried as a villain and a creep. (He was also considered a hero of First Amendment rights.)

“Let’s move on,” he remembers her telling him. She appeared on morning television shows on his behalf, inviting the public to come and see, as he remembered in an interview.Iew, “those beautiful photographs” and providing his gallery hours.

“She had been so vocal in defending my rights to take these photos and her right to show them,” Mr Svenson said. “And then appearing on TV and inviting everyone to Chelsea normalized everything.”

The case was resolved in court in favor of Mr Svenson in 2015.

Ms Saul was also a vocal critic and could be breathtakingly candid, as Ms Gall – who exhibited with Ms Saul for 33 years, longer than any other artist – recalled over the phone: “I photographed water and waves for years, and Julie said at one point, “You have to stop; you’ve seen one wave, you’ve seen them all. Sometimes I’d say to her, ‘I can’t believe you just said that out loud!’ »

By the early 2000s, Ms. Saul had expanded the scope of her gallery from photography. She picked up Ms Kalmanthe mischievous artist, illustrator and author, late 2001 after the work of Mrs. Kalman and Rick Meyerowitz “New Yorkistan” map — a wacky send-up of the city’s tribalism — appeared on the cover of The New Yorker. Ms. Kalman had never exhibited in a gallery before.

“I never wanted to be in the art world,” she said. “I thought it was an intimidating place. But Julie took me in and protected me like a hen with her chick.

The work Ms. Kalman exhibited with Ms. Saul was primarily her paintings. However, they often deviate from traditional gallery practices. In 2005, Ms. Kalman, Ms. Saul and Isaac Mizrahi, a fashion designer and cabaret singer, performed together at the New York Public Library in a cycle of songs written by composer Nico Muhly and based on “The Elements of Style by Strunk & White. , the beloved grammar primer, which Mrs. Kalman illustrated the same year.

“In all the years that I did fashion shows,” Mr. Mizrahi said, “I was trying to tell the story of a self-taught woman who was cunning and smart and wickedly funny, and in the end, I realized it was was Julie.

Julie Meredith Saul was born on December 31, 1954 in Tampa, Florida. His mother, Joan (Perlman) Saul, was a homemaker and his father, Marvin William Saul, was a clothing manufacturer.

She earned a bachelor’s degree in art history from Newcomb College, the women’s co-ordinating college of Tulane University in New Orleans, in 1976 and a master’s degree in art history and archeology from the Institute of Fine Arts from New York University in 1982. Between two degrees, she was assistant director then director of the Tampa Bay Art Center.

Ms Saul closed her Chelsea gallery in 2019 when she lost her lease.

When she died, she was working on a project she had started 20 years earlier to promote the life and legacy of Berthe Weill, an early 20th-century Parisian art dealer. Ms. Weill has called her gallery a “place for young people” for the young artists she has presented, including Henri Matisse, Raoul Dufy, Amedeo Modigliani, Diego Rivera and, in particular, Picasso. But by the end of the century, Madame Weill seemed to have been wiped from art history, save for a mention here and there.

Ms. Saul had been on Ms. Weill’s trail ever since she came across a reference to her in Michael C. FitzGerald’s 1994 book, “Making Modernism: Picasso and the Creation of the Market for Twentieth-Century Art.”

Mrs. Weill was the child of a seamstress and a ragpicker, Mrs. Saul learned; she had an unerring eye for good work and a sharp tongue to match her sharp eye. In 1933, she had self-published a flat and eccentric memoir, “Pan! In the Eye! or “Pow! Right in the eye!” And in 2001, as Ms. Saul was delighted to discover, a French art historian named Marianne Le Morvan had published a scholarly biography.

Ms. Saul was determined to have Ms. Weill’s memoirs printed.

The forthcoming book “Pow! Right in the eyes! Thirty years behind the scenes of modern French painting”, was produced in collaboration with Lynn Gumpert, director of the Gray Art Gallery at New York University; Mrs. Le Morvan; and William Rodarmor, a translator. It will be followed by an exhibition at the Montreal Museum of Fine Arts in the summer of 2024, and at the Gray Gallery the following year.

Ms Saul identified with Ms Weill’s courage and streak of independence, as she said in a talk she gave via Zoom for a talk at the Victoria & Albert Museum in London in December. Concluding her speech, Ms. Saul quoted from Ms. Weill’s memoir:

“I had disappointments, but also a lot of joys, and despite the obstacles, I created a job for myself that I really appreciate. All in all, I should consider myself lucky…and I do.