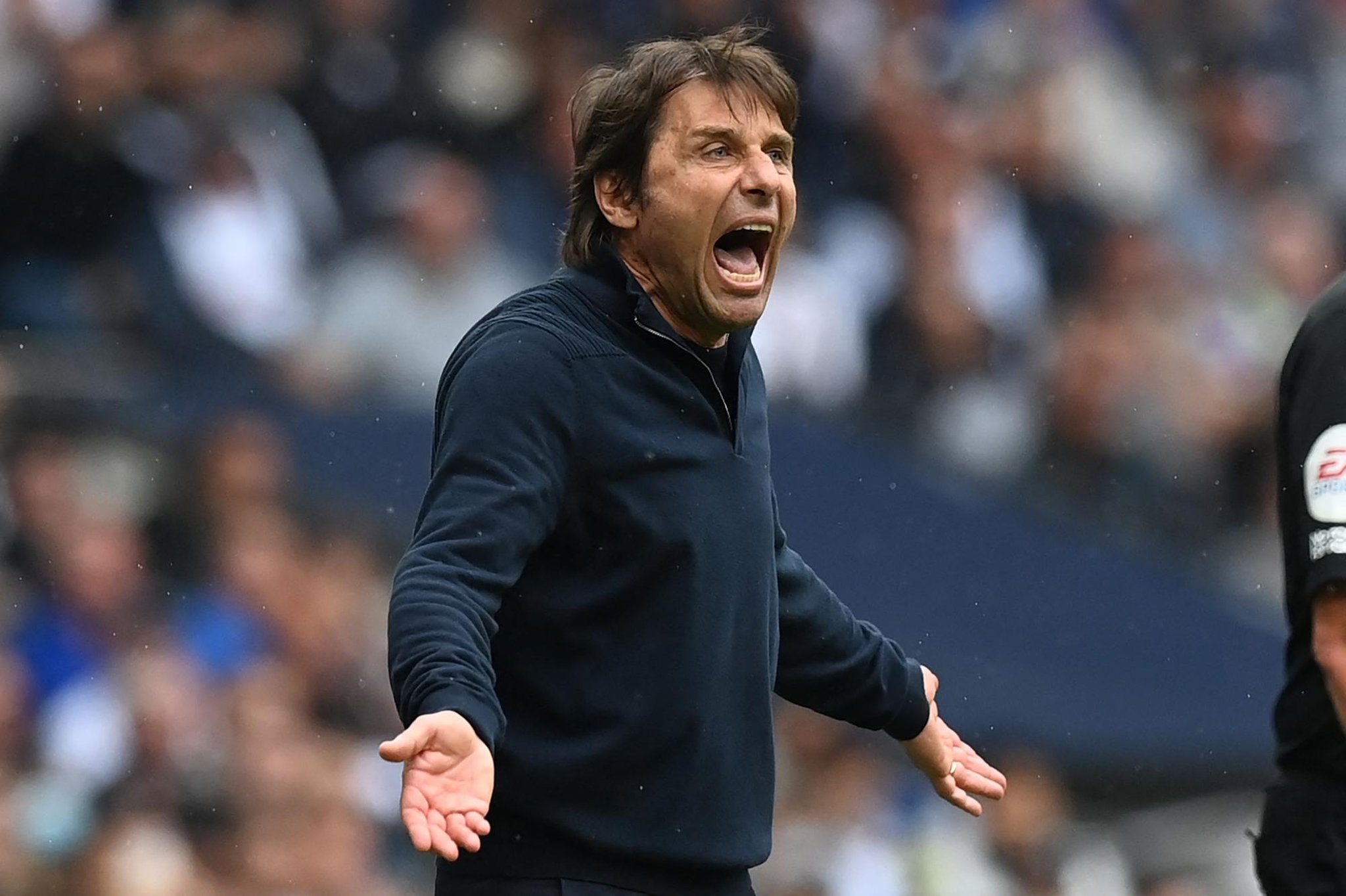 But he felt the controversial decision to give Harry Kane the chance to win the game on the spot was “200 per cent a penalty”, after Davinson Sanchez’s flick hit Ashley Barnes’ arm.

Pundits universally criticized Kevin Friend’s decision to point the spot, after VAR spotted the offense, with no outcry from Spurs players, but Conte said: “I think 200 per cent a penalty, not 100 %.

“It was very difficult to understand the complaints, if your arm is like that and you take the ball, I think it’s very clear.”

The Italian, however, was happy with the way his side went down: “Remember we played two days ago and in a tough game against Arsenal, and before that we played at Anfield against Liverpool and you know very well that in this type of game, we spent a lot of energy, also spending a lot of mental energy.

“It was very important to take the three points, but we created the chances to score more goals.

“Sometimes the keeper was good, sometimes I think we could be more clinical, but at the end of the season playing against Burnley and a team fighting to avoid relegation is not easy.

“It was not easy, only after getting three points you relax.

“We didn’t concede another clean sheet and the team was strong and at the moment it’s not easy to play against us.”

There was a virus in the camp before the match, with Dejan Kulusevski just fit enough to bench, and Conte explained: “It was not easy because yesterday morning the doctor sent me a message saying that some players did not feel well and with a stomach problem, vomiting and also fever.

“For that reason, Kulusevski, Gollini, also Hugo (Lloris), Winksy, we approach the game in the right way and I’m so happy because I saw a team that has improved in many ways now, this team is ready to fight in every game.

“It’s not easy, not easy to play against us, facing Burnley today was not easy, they are testing our nerves because for us it was vital to get three points and stay until the end for this great achievement.

“I’m very happy because I saw a team that improved a lot step by step and now deserves a lot like Arsenal to go and get a place in the Champions League, but we’ll see what happens in the end. of the season.

“Now another game against Norwich, it won’t be easy but it was positive for the team to be fighting for something important.”

Arsenal face Newcastle on Monday night, and Conte added: “I think we first had to do our job and win and get three points and put pressure on Arsenal.

“We know very well that it’s not easy to play against Newcastle, and especially when you arrive with the new manager and in a good spell and not an easy game, but the game for us in Norwich, the last game against Everton for Arsenal.

“For sure I will watch the game because I love football and I want to watch and I also want to suffer (laughs) but I think it’s a great achievement for the last game to have the opportunity to take a place in the Champions League, because I haven’t forgotten our path since November and we’ll see what happens.

“I think Arsenal have done a very good job this season.”