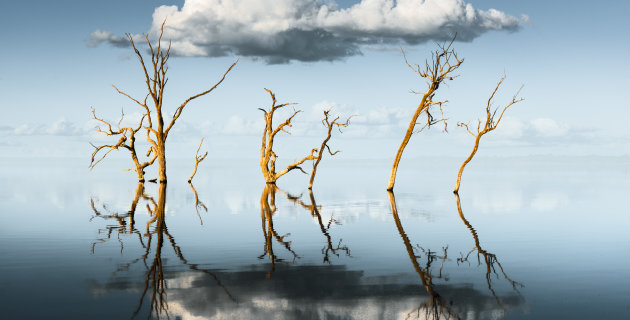 The winners of the 8th International Landscape Photographer of the Year competition have been announced, with the winner, Turkey Aytek Çetin, winning top honors from more than 4,500 entries in the global competition.

According to Aytek, Cappadocia in Turkey, where his wallet was captured, is a truly beautiful place.

“The 60 million year old history of the fairy chimneys and the fact that they have housed different civilizations for tens of thousands of years makes Cappadocia extremely mysterious to me.

If you are lucky, you can get there in foggy weather conditions with soft light at sunrise or sunset.

“The reason I chose this place is because I love the excitement that goes through me when the sun hits the fairy chimneys for the first time and I feel like I’m living to the age bronze.”

Second place in the competition was awarded to the photographer Max Rive du Netherlands.

The 2021 International Landscape Photographer of the Year award (for best single image) was taken on Mount Tamalpais, located in Marin Country, just north of San Francisco by photographer Tanmay Sapkal.

“It’s quite a special place for photographers as it sits high above the local landscape which is engulfed in low coastal fog most summer evenings. Having shot there dozens of times over the past four years I realized that I really liked the look of fog when lit from below. I also realized that the comet would become visible in the northwest sky, so I started planning this photo.

“It was not possible to align the comet exactly above the foreground that I wanted, so I decided to take two separate poses. It took a few visits to get the right amount of fog on the hills to create the dream setting, then I waited patiently for cars to pass and create a blanket of light under the fog.

“After shooting for more than a few hours that night, my friend and I rushed to the car. Little did we know that parking on the mountain after the sun went down meant getting a parking ticket! But now, In my opinion, this is the best $80 I have ever spent on parking! Ha ha!”

As in previous years, a number of special awards were presented, with Adelaide’s Chris Kirby winning the ‘Hand of Man’ category.

The contest was judged by David Burnett, Tim Parkin, Kelvin Yuen, Kaye Davis, Jim M Goldstein and Peter Eastway, who said the strength of the contest was that it recognized all types of landscape photography.

“Our philosophy is that all approaches to landscape photography are valid. It is not up to us to say whether an image is a landscape or not. Accordingly, on the pages of the awards book you will see representatives of many different styles presenting their rare and carefully considered compositions. Some landscapes are straight out of the camera, others are from the photographer’s imagination.

“I find it quite compelling that what drives one landscape photographer can be so different from another. For some, capturing nature at its most wondrous is reward enough. In fact, these are the moments that photographers live for and being in the scenery is often as enjoyable as capturing it with a camera,” he said.

The 11 winners receive a physical copy of the annual awards book, printed by Momento Pro. You can see all the finalists on the ILPOTY website here.

Hit the streets with curiosity and a camera