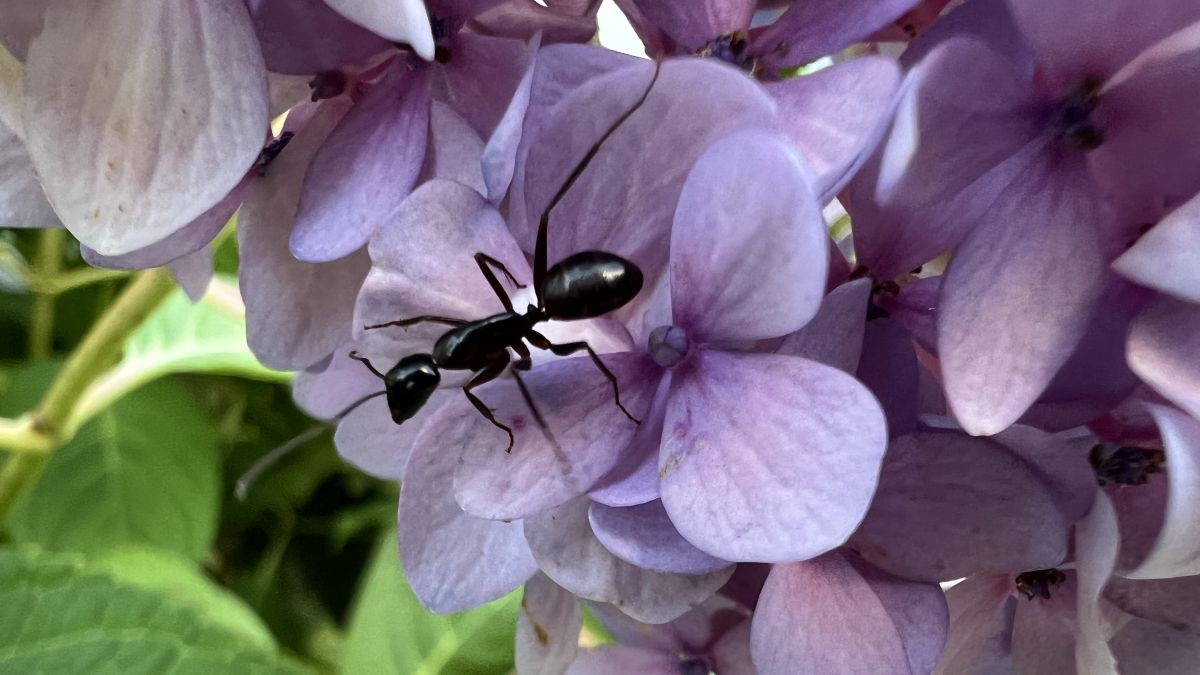 One of the perks of spending more on Apple’s iPhone Pro model line this year is a macro photography mode. New iPhone 13 Pro and iPhone 13 Pro Max can capture the most intricate details of objects by letting you click from as close as 0.7 inches – nearly 5x magnification, thanks to an improved ultra-wide lens.

Since Apple has reached the macro mode of the iPhone 13 Pro thanks to special hardware, it will not be rolled out to the rest of the models, including the latest one. iPhone 13 and iPhone 13 Mini. At least not officially.

The folks behind Halide, a paid professional camera app for iPhone and iPad, have successfully recreated the iPhone 13 Pro’s macro mode through software. Its latest update contains a new setting, which allows owners of any iPhone launched in 2017 or later to take photos of their subjects up close.

We tested Halide’s macro mode last year iPhone 12 mini. But first, a brief explanation of how it all works.

Halide’s macro mode takes advantage of a software method that your iPhone’s camera app already uses. This is called “super resolution”, and photography jargon aside, it is the process of digitally improving the quality of an image.

You see, in order to produce reasonably clear magnified images on iPhone models without a dedicated telephoto lens, iOS artificially increases the pixel count of shots. Once your iPhone has more pixels to work with, it can sharpen the edges and reduce that pixelated look much better than it would have without the super resolution technique.

Machine learning is the backbone of Super Resolution. It is powered by a neural network trained on millions of photos. As he analyzes these files, he learns and ultimately improves his ability to guess which parts of an image he can enhance without compromising the original scene.

Halide’s macro mode is equipped with a similar super-resolution science, so at the moment it only works with iPhone 8 or higher. Indeed, they have an engine dedicated to the processing of neural networks.

When you enter macro mode on Halide, the app will switch to your phone’s camera lens with the lowest minimum focus distance and can get closest to a subject. It then magnifies the image three times to bring you to the macro level, about 1.5 to 2 inches from the subject.

Of course, like the iPhone’s built-in camera app, Halide doesn’t have any zoom hardware at its disposal either. So how does digital magnification work?

Halide programmed his neural network for macro photography, and when you take an enlarged photo on his app, it converts the results to full 4K resolution and smooths out the pixels to extract the finest details. On the app, you also have the option to customize the focus distance between 2x and 3x zoom.

In testing, the Halide macro mode performed much better than I expected. The close-ups I took were crisp, focused, and most importantly, didn’t spoil the exposure or the white balance. While the iPhone 12 mini’s default camera was limited to keeping focus on the whole cactus on my desktop, for example, Halide was able to reach for the tiny thorns. Likewise, when I tried to film a drink, the first would put all the glass in the frame, while Halide could focus on the bubbles.

Examples of macro mode for iPhone 12

Since Halide uses the standard ultra-wide sensor and not an additional accessory, the focus area is also quite spacious, allowing the app to capture most elements of the subject in the macro image. Plus, I was able to scale down those intricate shots further without losing a lot of detail, as they were taken in high-res 4K resolution. Another handy feature that Halide offers is that when you click on a macro photo, it even captures and stores what the image would have looked like if you had taken it at zero magnification.

The Apple Camera app, however, also features Super Resolution technology. What if you just zoom 3x instead of downloading Halide? It works well as a makeshift macro mode, but there are a lot of downsides. Unlike Halide, the iPhone’s camera app macro images, while fairly crisp, are grainy and struggle in aspects like white balance.

Take the samples below, for example. Halide manages to capture the original white color of the earpiece while keeping all other details in focus perfectly.

The iPhone’s camera output, in comparison, appears yellowish and looks like a cropped version of another image.

At the end of the line

Halide has a reputation for rolling out features that Apple won’t, and he has done so successfully with macro mode. When the iPhone’s Portrait mode was initially limited to people, for example, Halide added a tool that extended its capabilities to animals and people. While Halide declines to say whether this would bring more functionality from the iPhone 13 to older models, we remain optimistic, especially for those that are primarily software-based, like Photographic Styles.

Halide’s macro mode is not up to that offered by Apple on the iPhone 13 Pro, but it comes very close to it. If you want to try it, you can download Halide on the App Store. It’s free for a week, after which you’ll need to pay $ 10 per month or a one-time fee of $ 30.