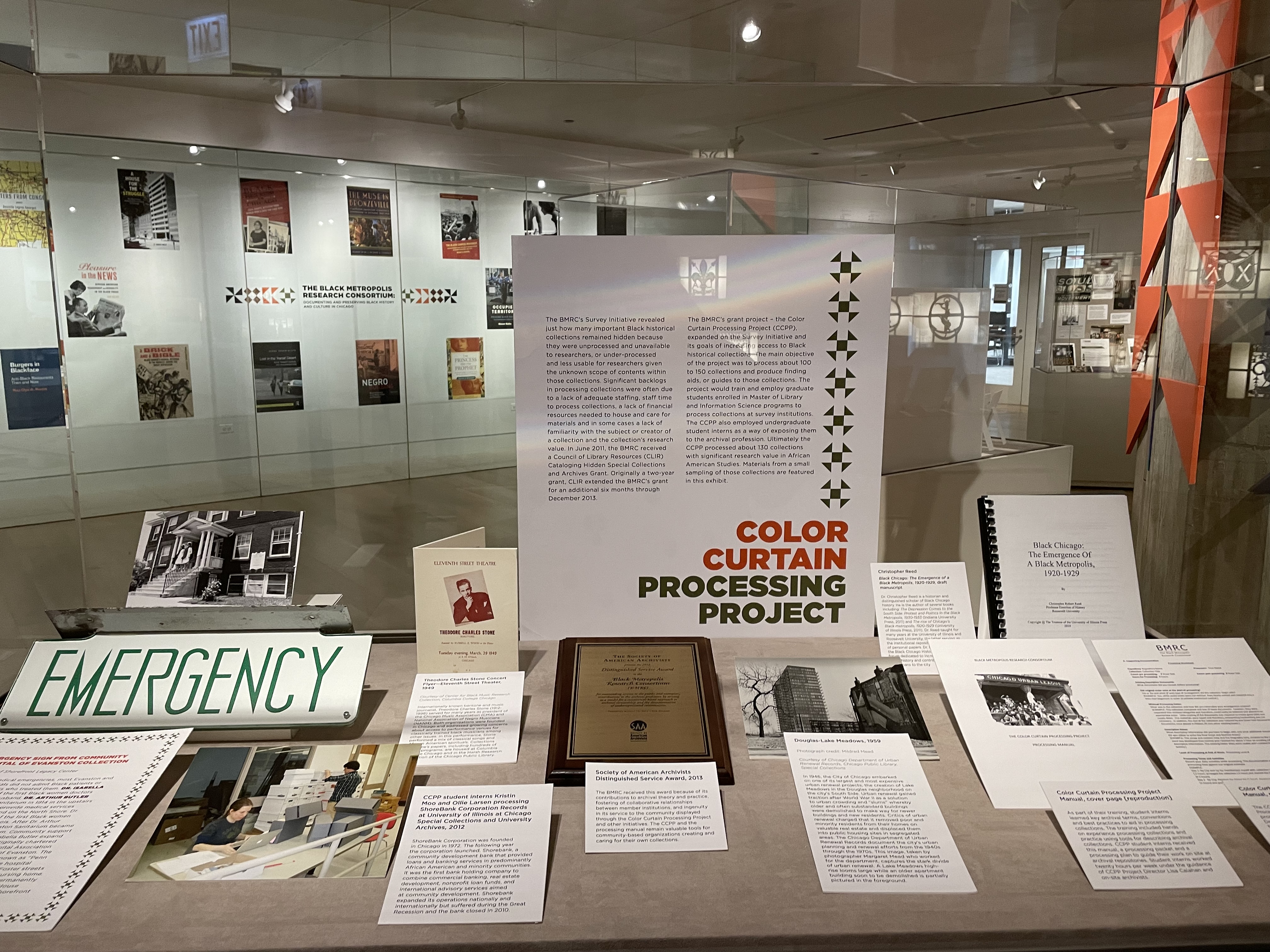 Holding a piece of history alive can be a rush. A single letter can reveal a new side to a historical figure; a photograph can identify a transformative moment in time. For those interested in black history—an area that isn’t always prioritized in traditional historic preservation—these materials may prove even more crucial to understanding the past.

Connecting researchers to primary sources related to African American history and culture is the mission of the Black Metropolis Research Consortium (BMRC). Founded at the University of Chicago, BMRC is an association of Chicago-based libraries, universities, museums, community/arts organizations, and other archival institutions.

“Primary sources are the building blocks of research,” said Marcia Walker-McWilliams, PhD’12, executive director of the consortium. “They shed light on what people were doing at a given time, how they lived, how they related to each other and how they fit into their environment.”

Walker-McWilliams curated a recent exhibit at the Hanna Holborn Gray Special Collections Research Center, which traces the history of the BMRC and celebrates 15 years of documenting black life.

Origins of the BMRC

In the early 2000s, a number of UChicago faculty members reported a common problem: a multitude of documents related to their scholarship were scattered across Chicago, but it was not clear where they were or how to access it.

Led by Danielle Allen, a former UChicago professor and dean of the Division of Humanities, scholars and archivists have launched a series of initiatives aimed at locating documents related to African-American history and increasing their value. ‘accessibility.

These efforts led to the creation of the Black Metropolis Research Consortium, officially launched in 2006. The name “Black Metropolis” comes from the title of a book written by UChicago sociologists St. Clair Drake and Horace R. Cayton, in which they paint a portrait of black life in Chicago at the turn of the 20th century – from the great migration to residential segregation to a flourishing art movement.

In the spirit of their namesake, BMRC staff launched a large-scale investigation to locate and assess collections that shed light on black experiences in Chicago. Although the consortium is based in UChicago, the BMRC is made up of more than 20 member institutions in the city, including the Chicago History Museum, Columbia College Chicago, and the Chicago Public Library.

Although the investigation revealed a treasure trove of previously unknown historical material, many collections have not been processed or made available to the public. The BMRC employed several graduate students to create research tools, which enabled potential researchers to research the contents of each collection extensively.

After the Herculean effort to find these collections, BMRC staff wanted to make sure people were using them. In 2009, the organization launched a summer fellowship program, which invites scholars, artists, writers, and public historians to conduct original research in Chicago.

For one month each summer, fellows receive support to meet in Chicago to connect with archivists from member institutions and each other.

“My experience as a BMRC fellow has been invaluable,” said Ayesha Hardison, a professor at the University of Kansas. “It gave me the opportunity to experience the geography and cultural institutions that many of the writers I study describe in their fiction.”

Hardison studies black literature from the 1940s and 1950s – writers like Richard Wright and Gwendolyn Brooks. She is especially interested in how black authors, especially women, wrote about their experiences under “Jane Crow” – a time of racial segregation with added layers of gender and sex discrimination.

During her summer fellowship, Hardison met with archivists from the Vivian G. Harsh Collection at the Chicago Public Library, one of the city’s largest repositories of black history.

Digging through the collection, Hardison came across a writer she had never heard of: Era Bell Thompson. A journalist who ended up writing for Ebony magazine, Thompson wrote an autobiography about her childhood in North Dakota, a place where she was often the only black child.