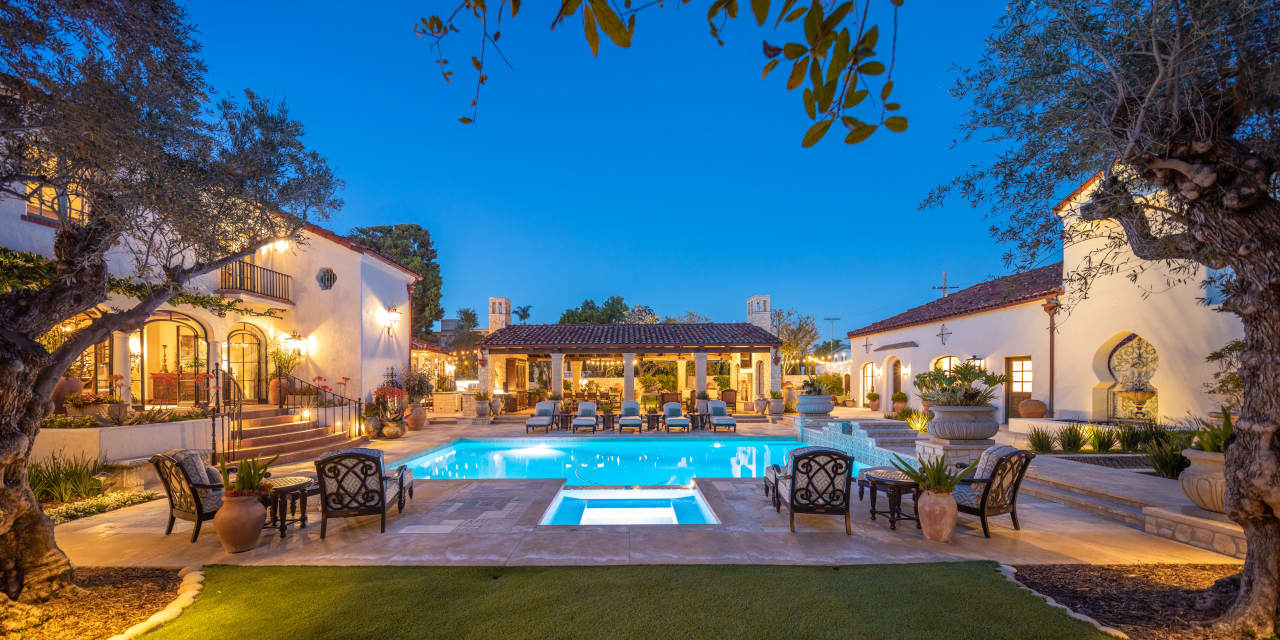 A historic residence 100 feet from the shore in Coronado, Calif., went up for sale for $39 million on Monday, which would set a price record for the area if it sold for the asking price.

Built in 1925 and designed by architect Richard Requa, the residence, also known as “Castle Coronado”, comprises a 14,142 square foot main house with seven bedrooms and three bathrooms, a guest house and a private garden sanctuary with tranquil fountains.

The owner bought the original property in 2017 and bought the land next door within a year for about $19 million in total, according to Chris Clements, a realtor at Compass. After purchasing the two lots, the owner, who could not be identified in the land records, merged them to expand the historic property.

“It represents the pinnacle of historic Southern California architecture, which [Requa] was much of its Spanish Mediterranean style, but preserved and modernized,” Mr. Clements said of the property.

The renovation between 2017 and 2020 preserved the architectural integrity of the property, but added modern touches to the luxury residence.

One of the major additions to the property was the 7,000 square foot basement. “The basement is partially under the original masonry structure, which was a challenge in itself,” said architect Kim Grant, who helped with the renovation, in a video about the property. “We retained the dug masonry structure below and dug out the entire backyard, which required tremendous engineering feats.”

The garage and a one-bedroom guest house from the previous property have been merged to create a larger guest house with a full kitchen and bathroom.

Materials from around the world, from stone ceramics from Portugal to roof tiles from England, were brought in to preserve the essence of the original structure during the renovations.

The house features handmade tiled floors, ironwork and stained glass, including the original details of the historic house and thoughtful additions made during the renovation which were intended to match the style.

“The design goal of this house was not to create something new and different, but to pick up where Richard Requa left off,” Ms Grant said in the documentary. “The integrity of the original house was timeless and our goal was to continue this idea that 100 years from now this house will look timeless and current, yet historic. New and old should appear to come from the same hand, or at least of the same state of mind.

Opposite the main residence there is a swimming pool surrounded by sun loungers and a pool terrace, including an outdoor kitchen, a fireside dining area and a spacious lounging area.

The property is protected under the Mills Act, which protects the architectural integrity of the historic building. In addition, this status considerably reduces property taxes. “Real property taxes would be close to $400,000 per year and currently, [the home’s] property taxes are about $40,000 a year,” Clements said.

The renovations also added a four-car garage, which is an essential amenity in a neighborhood like Coronados, according to Mr. Clements.

“It’s a little little island,” Mr. Clements said of Coronado. Because land values ​​steadily increased over the years, people began dividing and subdividing their properties, he explained. “So the properties got smaller.”

The property is about four times larger than the average lot size in Coronado and twice the size of the largest lots with a total of 26,000 square feet, according to Clements. “The ability to have this kind of incredible outdoor space but also privacy is such a unique thing.”

Inside the Maximalist Mansions of a Countess