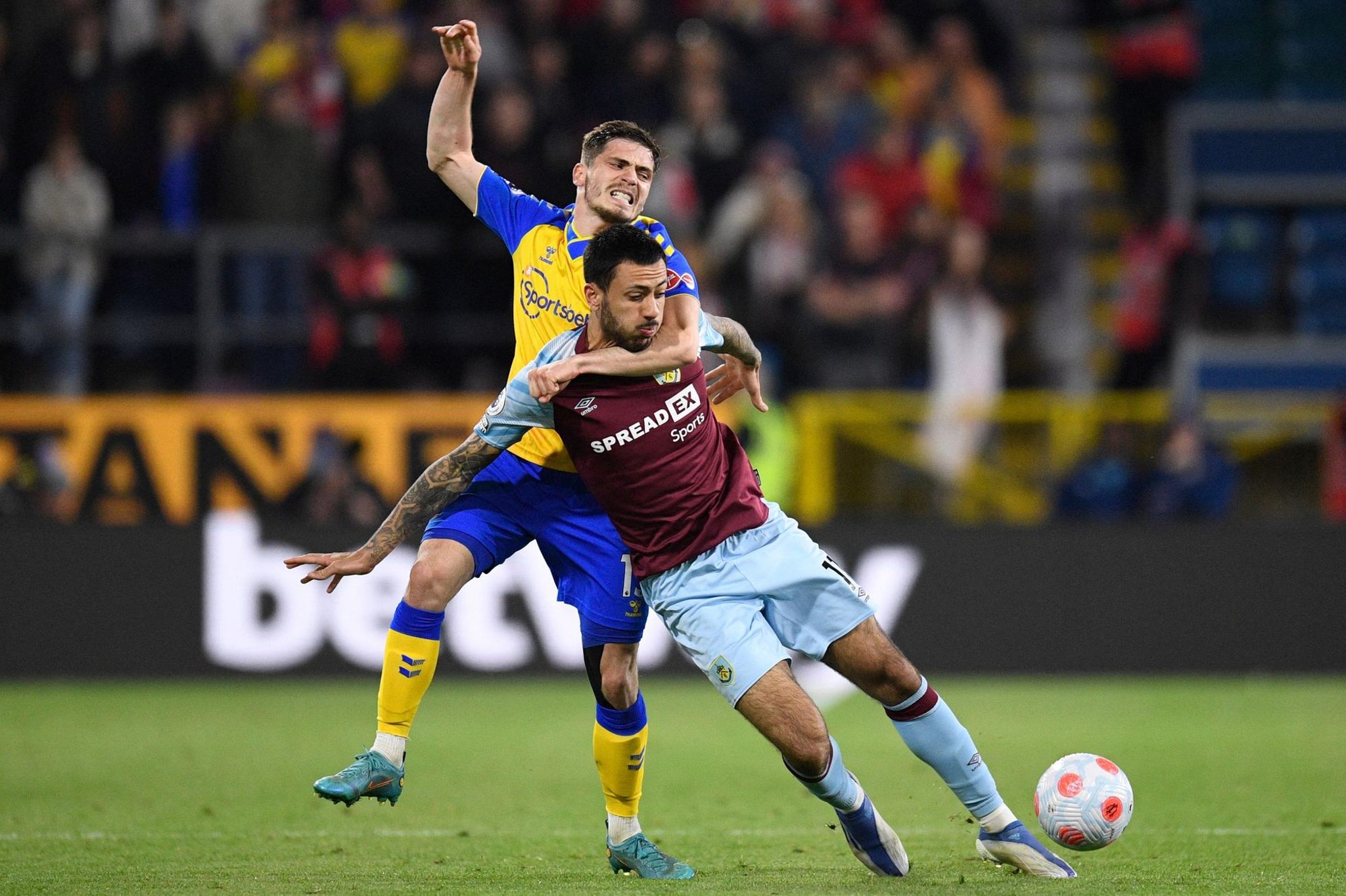 Stan Ternent would have called it “having a little laugh in your boots”.

But after a trying season so far, McNeil was grinning ear to ear on Wednesday night following one of his best performances of the campaign in the 2-0 win over Southampton at Turf Moor.

Dyche called the former England Under-21 player ‘Smiler’ but was a big champion of the former Manchester United youngster, recently saying: “He has that body language that we told him about, like some people are, he questions himself a lot – a lot of it is authentic, he puts a lot of pressure on himself.

“We talked to him about that, you have to release that, because you don’t want to get too into it.

“You have to make demands on yourself, but there is a difference and sometimes you can overthink it a bit.

“We want him to play with freedom, enjoy his football.”

Although McNeil never hid from the ball, his game lacked that freedom, but he looked more like himself against the Saints and, when asked about his happier demeanor, interim boss Mike Jackson said: “He doesn’t Don’t talk to just anyone! He’s a very calm boy who gets along well, and he seemed to be playing with his friends.

“When he’s playing like that you can hear all the seats going up in the stands and it’s great to see.

“He’s such a young player and there’s probably still a lot to come from him.

“It’s the first time he’s been through a so-called sticky patch and he’s played so many games as well.”

Asked what he said to McNeil, Jackson admitted: “I wish I could say I did something weird and wonderful, but I spoke to the boy and told him what we expected from him. him in terms of where we want him on the pitch, and asked the guys as much as they could to give him the ball.

“He has a defensive responsibility to the team, but all we’ve done is talk to him about his position and how we can get him on the ball a bit more.

“Can he be in the areas where we can give him the ball. Defensively he has a job to do.”

McNeil started both games under Jackson on the right, and Jackson explained the thought, “When he comes in, the field opens up for him and he can come and play against people.

“Right now it suits Max (Cornet) to be on the left and Dwight to be right and it’s worked out well.”

How The Northman pulled off his incredible spear throw