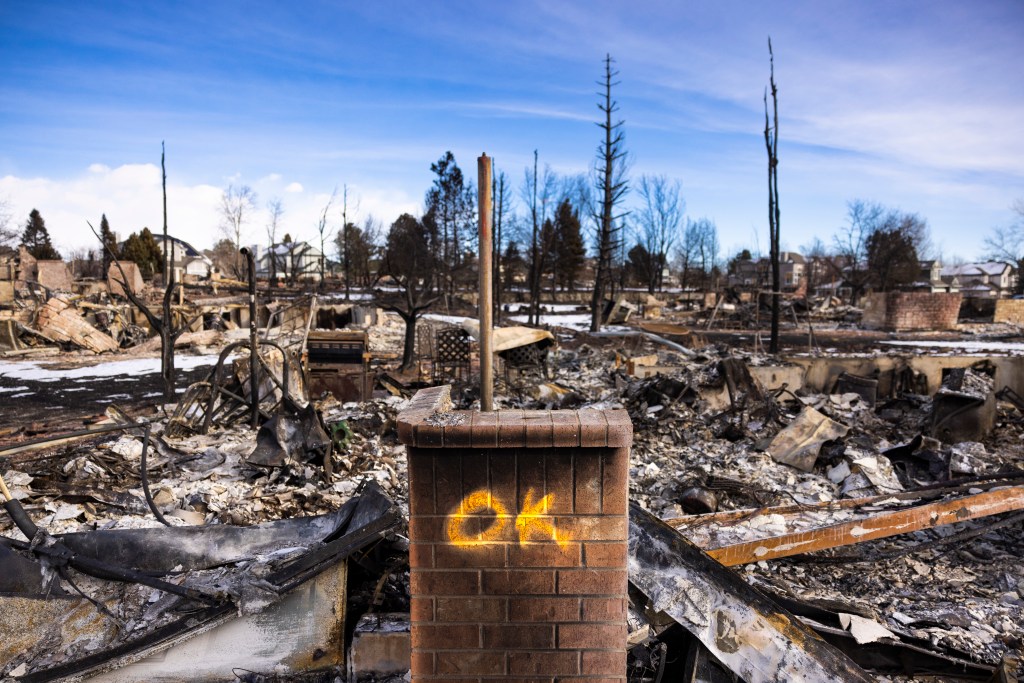 The historic nature of the Marshall Fire which flattened large swathes of suburban Boulder County cannot be overstated. Neither has the resilience of our community, and we are grateful to see examples of this every day.

We visited with U.S. Rep. Joe Neguse last week to talk about a lot of things, but most pressing on everyone’s mind was the nature of the Marshall fire, which destroyed more than 1,000 homes and several companies. Officials estimate the damage at $513 million, but we suspect that figure is much higher.

The Marshall Fire has been a wake-up call to all Colorans and to lawmakers in Washington, who don’t understand the novelty of the idea of ​​a wildfire in the West occurring in the middle of winter and in a densely populated suburb, says Neguse. The Democratic District of Lafayette includes Boulder and Larimer counties and has been hit hard by catastrophic wildfires and flooding.

“Think of the Cameron Peak Fire. This lasted three months and covered 200,000 acres. The idea that we just had a fire that only covered 6,000 acres in 18 hours, but became the most destructive in the state…that was a wake-up call. I like to quote a climatologist from Boulder who said it best: the interface between wilderness and urban is much, much greater due to climate change than anyone anticipated. »

This new reality calls for a “radical change in the way we live in Boulder County,” which means looking at “how we build and where we build” with a new vision.

We couldn’t agree more. Rebuilding with wildfire-resistant materials, for example, will be the easy part, but conversations about density and growth will no doubt raise some controversy. Neguse is hosting a Wildfire Summit in March, which he says is a great place to start talking.

The good news is that our community continues to prove beyond its ability to come together to help friends and neighbors and in the same year we experienced a mass shooting that killed 10 people.

It is difficult to understand what it is like on a daily basis for refugees from the fire who have lost their homes; some lost beloved pets. What does it look like, we wonder, to get back to work and try to regain some sense of normalcy?

Pam Welch was willing to tell us her story, which will sound familiar to residents of Boulder County, who survived the Marshall Fire but found themselves without a home and everything inside.

Welch, 66, lost his Superior apartment. It wasn’t just an apartment, it was a home that was lovingly built on the spot where Brunos’ Pizza – a city favorite in business for 30 years – once stood. The owners retired years ago and renovated the place for Welch, their friend.

‘I was safe having lunch with a friend when I heard about the fire,’ Welch says, but inside was everything she owned, including precious photographs and the irreplaceable china. of his grandmother.

Since then, Welch has lived with a friend and co-worker in the Boulder Valley School District, where Welch is a bus attendant for students with special needs. At least eight of Welch’s colleagues are homeless due to the fire.

“It’s a whole new world,” says Welch. “It’s like you have to deal with insurance and loans, and then I go to Sister Carmen and places like that, nonstop.”

The best place, she says, is by far the old Nordstrom site, which has been turned into a donation center where fire victims with ID can find anything – clothes, boots , shoes, heater, linens and food. “There is a queue at the door, but once inside it’s amazing to walk around.”

What’s not so amazing is the vibe inside.

“It’s weird, because nobody looks at each other – it’s like we’re zombies walking in to do what we have to do, then we walk out. And nobody smiles.

Coming back to work last week was tough, Welch said. “It’s just very hard to get up and be on time. The first day, I was really late. You just have this numbness, you know? It’s hard to know when you’re supposed to leave.

Overwhelmed, sometimes lost and still in shock. That’s probably what Welch and so many of our friends and neighbors are going through. And no one can forget that we are still in a pandemic.

It’s a good time to give space to the survivors of the Marshall Fire and wish them the grace to feel what they feel, because nothing makes sense anymore. A home visit only reinforces this feeling.

What stood out to Welch was seeing a red swing still attached to a tree that had been burned at the top. The house that once stood next to the tree is gone. “It sounds like a Stephen King novel.”

Mental health experts say each individual deals with loss in their own way and at their own pace. We’re very inspired by Welch, who tells us she’s found a silver lining in a fresh start. She plans to buy a new wall decoration for when her friend rebuilds her apartment.

And she just bought a necklace with a Phoenix pendant, a mythological figure born from fire, representing strength and renewal.

“You know, rising from the ashes.”

— Julie Marshall for the Editorial Board