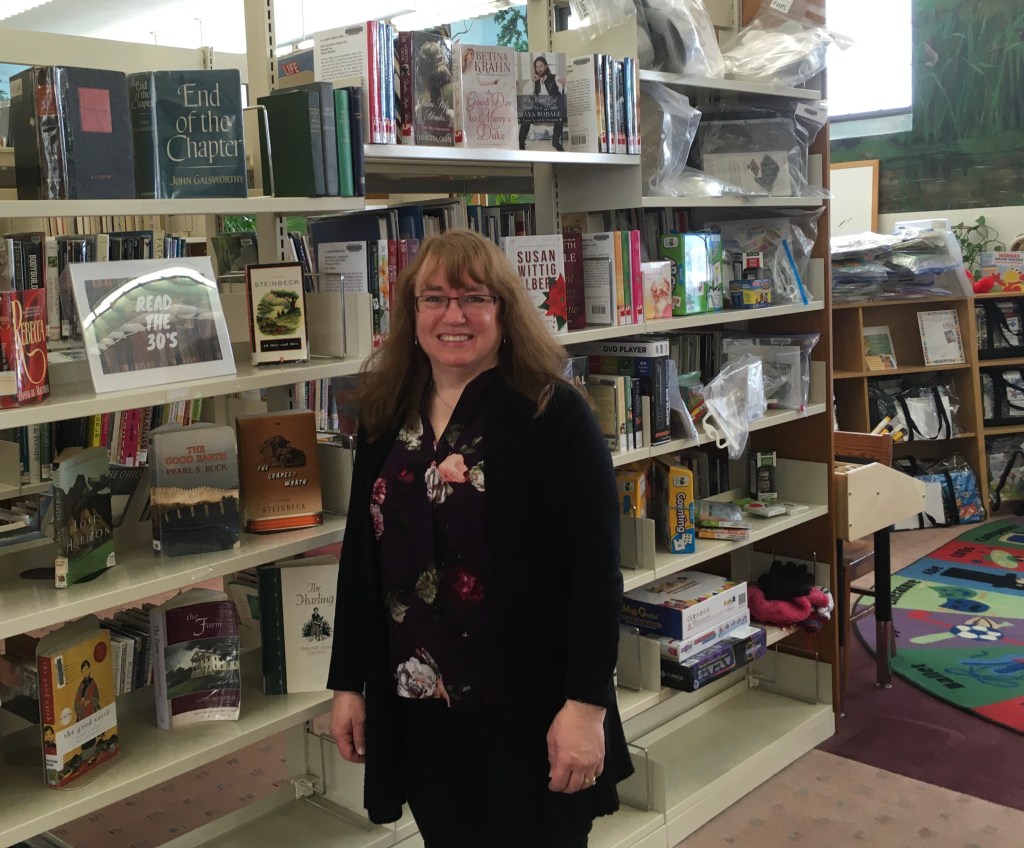 The Fairport Harbor Public Library is preparing to take another step in its rich history.

To be exact, the library will celebrate its 100th anniversary on September 13.

But if you can’t visit the library at 335 Vine St. that day for the centennial ceremony, don’t worry. Because Fairport Harbor Library will host a variety of special anniversary events and programs throughout the year.

The library kicked off the celebration in January by presenting a monthly exhibition of books that have been introduced in each decade since the institution’s inception.

“Anyone who checks out one of these books can be entered into a contest, and we’re giving away prizes every month to the winners,” she said.

In addition to planning anniversary-related events, such as story times and special lectures, the Fairport Harbor Public Library also researches and shares information about its 100 years of service to the community.

“We’re compiling a history of the library,” Cervelli said. “The last time a story was written was in the 1960s. So we go through archives and old meeting minutes and photo albums and that sort of thing, and we put together a modern story from the library.

This historical account will also incorporate the views of people who have worked at the library in the past.

“We interview ex-staff, ex-managers and get some insight from them about their time here,” Cervelli said.

Although the library has been based in its current building since 1934, the organization was actually established at a different location in the village.

In the early 1920s, MC Helm, then superintendent of schools in Fairport Harbour, wanted to open a community library in the village. So in 1921, a small version of a public library was established in a supply room on the first floor of Plum Street School, which is now the site of McKinley Elementary.

The school district ordered 1,000 books from the Ohio State Library to store the one-room library in the building at 602 Plum St., Cervelli said.

When the historical account is complete, the library will likely self-publish it as a book for patrons to borrow and post at least some of the information on its website, Cervelli said.

The Fairport Harbor Public Library was officially established on September 13, 1922, about a year after the new Harding High School opened. The school board at the time had passed a resolution to establish a public library in the school, according to a historical summary on the library’s website.

The building in which the library now stands was built in 1934 as a project of the Federal Civil Works Administration.

In 1965, the library was physically attached to what is now Harding Middle and High School, based at 329 Vine St.

“For the past 100 years, we have always served as school libraries, even though we are a public library,” she said. “The school provides us with the building and we provide all the materials and staff. We have our own board, our own budget.

Although the library is part of a small community, the organization does its best to provide a diverse collection to its patrons. Offers include books and videos, as well as Wi-Fi hotspots, tablet computers, board games, cake pans, and driver education cones and poles.

The staff is also dedicated to providing excellent customer service to anyone who visits, calls or makes inquiries online, Cervelli noted.

“Our staff go above and beyond every day in everything they do,” she said. “They are very welcoming. We are a small library with a very big heart.

The News-Herald encourages everyone to participate in the activities and programs Fairport Harbor Public Library is organizing to commemorate its 100th anniversary. The library has played an important role in the history of Fairport Harbour, and its centenary is definitely worth celebrating.