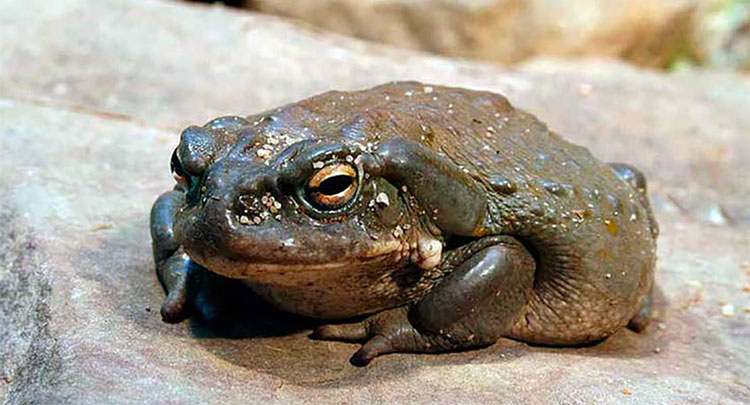 Granted, I don’t normally think much of toads or frogs or similar elusive creatures that typically only appear publicly during our rainy season – until I hear them croak after a particularly heavy downpour.

Maybe the soil in my neighborhood is not conducive to attracting little creatures. For some reason, the last two monsoons haven’t produced the raucous chorus of nocturnal amphibians. Instead, a noticeable silence exists, sometimes interrupted by the annoying buzz of a mosquito.

Being a frequent visitor to Mexico, I often come across news that is not normally found in American publications. It’s not that they’re not available, but it often takes a little research to find them. Admittedly, the New York Times, CNN, and other popular media generally do not report on the life and times of a Southwestern toad, unless their struggles can be somehow associated with them. another to the mantra of climate change.

In Mexico, however, the Colorado River toad, also known as the Sonoran Desert toad, is held in high esteem. In fact, there is an annual festival celebrating the animal’s unique mind-altering qualities which are believed to be able to appease a restless disposition.

During the monsoon months, toad aficionados travel from all over the world to the small community of Punta Chueca, about 90 miles west of Hermosillo, in the state of Sonora. A narrow road leading several kilometers north of the tourist village of Bahia Kino on the coast of the Sea of â€‹â€‹Cortez ends at Punta Chueca.

In a country renowned for another relaxing elixir (in moderation), Tequila, it is claimed that the toad’s chemical properties work in reverse. Instead of producing an aggravated mental state by consuming too much alcohol prepared with agave, the toad’s defensive glands release some kind of psychedelic toxin and when dried, mixed with tobacco and smoked, they trigger a psychotropic experience. .

An article in a recent edition of Milenio (Millennium), a Mexican newspaper, reports that toads are not injured during the chemical extraction procedure. Similar to “treating” a rattlesnake to create anti-venom.

According to Octavio Rettig Hinojosa, a shaman known as El Profeta del Sapo (The toad’s prophet), the toad’s gland secretions are “An anti-hallucinogen, it’s something that will take the madness out of your mind. , whatever gets you out of here and now, whatever isn’t real, “he insists.” The Bufo alvarius (toad) lives buried in the ground for 10 months a year and during planting season. rains it rises to the surface to reproduce, eat and share with us this ancestral medicine.

Various celebrities, including heavyweight boxer Mike Tyson, used to drugs and alcohol, are fans of the so-called toad magic. Tyson credited the toad’s psychoactive chemicals with weaning him from other controlled substances and motivated him to make a comeback in boxing last year.

Unfortunately for Iron Mike, his fight against Roy Jones in November 2020 ended in a draw. No aging fighter could score enough points to win the game. Perhaps the toad’s mythical abilities are not extended to competitors in the boxing world. Or, maybe the fight was “not real”.

Could this be a cure for COVID-19, at least the anxiety it causes? To think about it, I had no idea that toads and frogs were very good for anything other than eating bugs or the taste of chicken when cooked.

Incidentally, for those who want a taste of the savory flavor of the little critters, I’ve noticed that uncooked frog / toad legs are currently available in Safeway’s meat department alongside crayfish. Hurry, stocks are limited.

Anyway, after reading the article and realizing Americans’ fascination with plants and mind-altering chemicals, and Graham County’s stay in the marijuana farming business, I wondered whether it would be possible to integrate a toad cultivation operation into some of NatureSweet’s vacant tomato greenhouse spaces in Bonita.

Seems a perfect match. The greenhouses are already leaded to distribute the water, creating a humid and warm environment, conducive to a toad’s lifestyle. Perhaps they could stay above the ground all year round, producing the â€œancestral medicineâ€ needed to enhance a successful psychedelic journey. There wouldn’t be much maintenance to keep the slimy hoppers happy – a few bugs to eat and a girl / boyfriend or other romantic interests. And, of course, a qualified milking technician.

It is uncertain whether the 10-foot-high razor-wire fence, monitored by numerous cameras and alarms, would be necessary for the safety of the toads. I haven’t read or heard of the protective procedures to follow when breeding toads for commercial purposes. They could in fact be a high value product, requiring higher than normal guarantees. Including the prevention of aerial invasions by hawks and crows.

All kinds of federal, state, and county departments could potentially get involved, including the Home Office, BLM, Health and Amphibious Resources Departments, Office of Indian Affairs (if toads are considered sacred), the Federal Aviation Administration to maintain surveillance of high-flying birds and other phenomena, border patrol and customs to ensure that any escaping toad is fully masked and vaxxed, and local sheriffs of the county would be essential in apprehending toads considered a threat to the safety and well-being of the communities.

Essentially, a facility that combines marijuana and toad could dramatically increase the region’s overall employment opportunities by adding another industry to further diversify the cotton, mining and prison businesses established in the county.

The toad’s brain-deforming byproduct, when added to harvested â€œrecreationalâ€ marijuana fruit, would instantly generate an entirely new element for the medicinal drug enthusiast. NatureSweet, or its successor, Bayacan, might consider calling the product “Reefer Madness with a twist of Bufo alvarius.” Guaranteed to calm anything wrong or wow you.

It would be a winner, that’s for sure. I imagine the tax revenues are quickly filling the county coffers. The supervisory board would have a lot of money to fight against legal challenges. Melancholy teens would no longer resort to spray paint in their nostrils to get a buzz.

The Chamber of Commerce would be forced to update its automated sign outside its Thatcher Boulevard office to read “Welcome to Graham County – Arizona’s official home for climate, cotton, livestock, copper and satisfied toads “.

Finally, a true utopian dreamland of the Gila Valley – nestled along the scorched banks of the Gila River and just a few toads from total bliss.

The opinion expressed in this editorial is that of the author.

Thank you for following us and loving us: