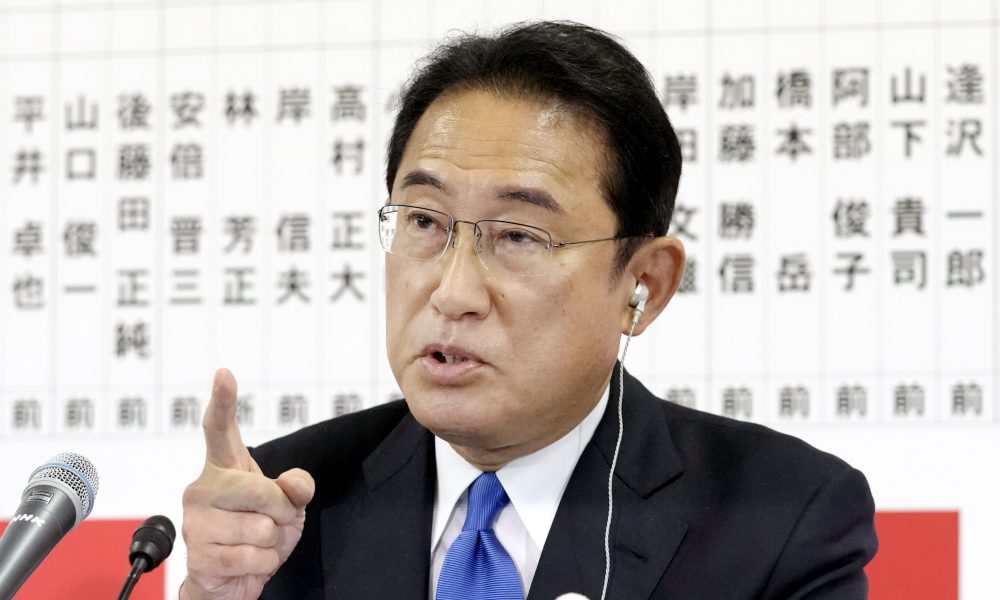 The ruling Liberal Democratic Party (LDP) has proven able to maintain a stable majority in the October 31 national elections to the House of Representatives.

It can be said that Prime Minister Fumio Kishida won a mandate from the electorate. With its coalition partner Komeito, the PLD thus continues to enjoy an absolutely stable hold on power. Therefore, the ruling coalition will chair all standing committees and will be able to pass laws without a vote from opposition parties.

Nevertheless, the LDP lost a number of seats in the elections. In addition, the general secretary of the PLD, Akira Amari, a key figure in the administration, was beaten in his home district and was only revived thanks to proportional representation, allowing him to continue as a member of the administration. Diet. To fulfill his responsibilities, Amari asked Prime Minister Kishida to let him resign from the party post.

Prime Minister Kishida and the PLD must reflect sincerely on the results of the elections and allow an in-depth debate in the Diet.

At the same time, it must not delay in implementing its political initiatives. After all, an upper house election is slated to take place next summer. The party must act to keep its campaign commitments.

The implementation of effective policies to deal with the impacts of COVID-19 has been a long-standing concern. Even though the infection situation in Japan has stabilized, no one knows what the future holds.

It cannot be denied that criticism of how the government has dealt with COVID-19 so far has contributed to the loss of seats by the PLD. The pandemic has caused economic hardship for many individuals and businesses. In addition, at one point, 135,000 patients across the country had to be hospitalized, but were treated at home due to a shortage of hospital beds.

The Kishida administration has proposed to increase the number of hospital beds available for patients with COVID-19 by 20% from the peak of the fifth wave of infections. He must now translate his words into action.

The government is also now preparing to start providing a third round of vaccinations. We want to make sure that the supply and administration of the hits will go uninterrupted. At the same time, the approval and supply of oral drugs should be accelerated.

It is also time for Japan to consider aggressive measures such as containment as options to deal with outbreaks. Prime Minister Kishida has been hesitant on this point, but he should reconsider his position.

As for the economy, recovery from the COVID-19 crisis should be a top priority. Of course, fiscal measures should be considered to provide adequate assistance to households and businesses in need. The first step is to speed up the development of our economic policies.

As the flow of people and consumption finally begins to accelerate, fixation on the scale of fiscal countermeasures is likely inevitable. policies should be carefully considered in terms of urgency and effectiveness in helping private demand to recover on its own.

The Kishida administration must also state its proposal for a â€œnew capitalismâ€ that will build a strong middle class based on the two pillars of growth and distribution. Faced with accusations of failure of the Abenomics by the Constitutional Democratic Party and other opposition parties, the PLD sought to pursue this alternative strategy. Under it, the focus is on the redistribution of income so that the benefits of growth do not disproportionately flow to big business and the upper class.

The level of wages in the whole economy must be raised if we are to rectify the income imbalance. This is a thorny question that former prime ministers Shinzo Abe and Yoshihide Suga have not fully succeeded in resolving. We do not need a temporary redistribution by simple distributions of money. On the contrary, the way forward should encourage companies to make continuous wage increases themselves.

Foreign policy and national security did not become major issues during the elections. This contrasted with the situation in the general election four years ago, when the nuclear and missile issues involving North Korea were viewed as a national crisis.

Nevertheless, on the very day of the official announcement of this election in the House of Representatives, North Korea fired a ballistic missile launched by a submarine into the Sea of â€‹â€‹Japan.

Advance visit to the United States for high-level discussions

The security environment surrounding Japan has become quite severe. Ruling and opposition parties should spend more time discussing responses to related issues, such as the Taiwan crisis, the kidnappings of Japanese citizens by North Korea, and that country’s nuclear and missile programs.

Instead, the Constitutional Democratic Party (CDP), the Japanese Communist Party (JCP) and some other opposition groups want to abolish the â€œunconstitutional partsâ€ of the law for peace and security. Such a course of action would prevent recognition of the limited exercise of the right to collective defense and render the Japanese-American alliance dysfunctional.

The CDP has not wavered in its electoral cooperation strategy with the JCP and certain other parties. He should realize that this line of cooperation with the JCP, a party with which he has fundamental political differences, will likely continue to block his path to power.

Considering the danger of such policies and the gravity of the international situation, Prime Minister Kishida and the ruling parties should provide concrete guidance and speak out publicly on the need to deter China and strengthen Japan’s defenses. Their inability to forcefully convey this message was one of the reasons the LDP lost so many seats in the elections.

Many voters who wanted to send a protest message to the ruling parties apparently chose to vote for the relatively small Nippon Ishin no Kai (Japanese Innovation Party), whose Diet seats quadrupled from 11 to 41 seats. Hopefully this newly emboldened party will take the lead in the constitutional reform debate while promoting realistic defense policies.

The Kishida administration will not be able to preserve the peace unless it promotes improved defense and economic security while stepping up efforts to deter China. Hopefully he will make an effort to make it clear to members of the public what is needed and to persuade them fairly.

As a next step, on the evening of October 31, the Prime Minister signaled that he wished to travel to the United States at an early date to meet with President Joe Biden. Such a meeting is needed to discuss the Taiwan issue and the overall strategy towards China, as well as how to further strengthen the Japan-US alliance.

(Read it Sankei Shimbun editorial in Japanese on this link.)