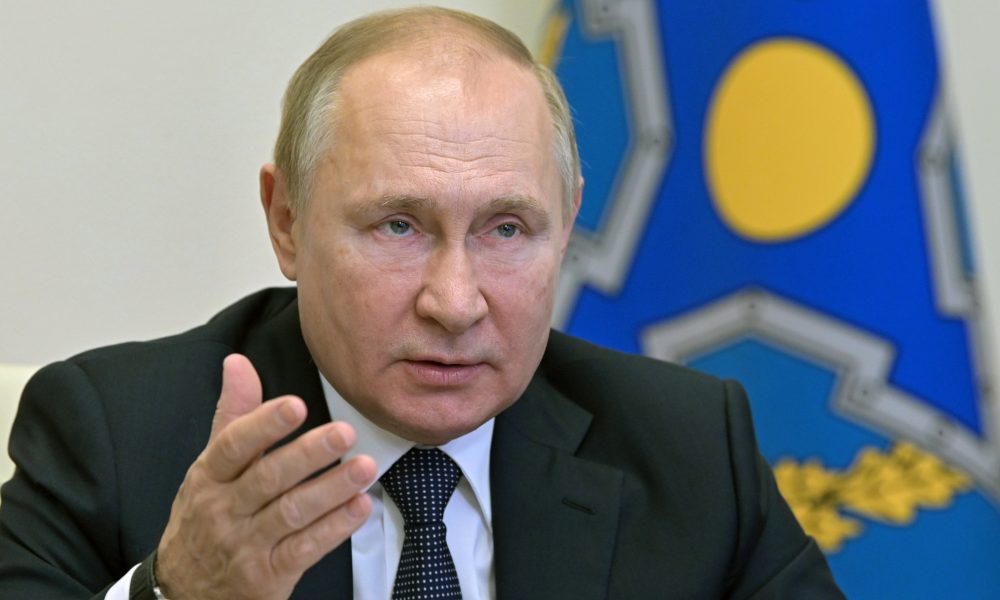 Against the backdrop of diplomatic efforts and sanctions threats from the United States, France, Germany and other Western countries, the Russian government led by President Vladimir Putin announced a partial withdrawal of its forces engaged in the enormous military reinforcement at the borders. from Ukraine.

Nevertheless, the threat of a Russian invasion of Ukraine has not gone away. Moscow must abandon its diabolical designs to intimidate Ukraine into accepting its unreasonable demands and proceed with an immediate and total withdrawal of its military forces from neighboring Ukraine.

In the meantime, the United States, Europe and Japan must retain the ability to implement tough economic sanctions against Russia.

On February 15, German Chancellor Olaf Scholz met with Putin in Moscow. Subsequently, at a joint press conference, Putin announced that Russia had decided to withdraw some of its forces, although the extent of the troop withdrawal remained uncertain. However, he added dramatically, “It’s not up to us alone.”

In a speech he gave the same day, US President Joe Biden said the scale of Russian military buildup encircling Ukraine had actually increased to around 150,000 troops. He added that Washington “did not verify” the alleged partial troop withdrawal and that a Russian invasion of Ukraine remained “clearly possible”.

Since December 2021, military tension has escalated as Putin’s government presented the United States and the North Atlantic Treaty Organization with a list of demands. Moscow demanded that Ukraine and other former members of the Soviet bloc not be allowed to join NATO and that the state of military armament be returned to what it was in 1997, before NATO does not extend to Eastern Europe.

The Biden administration flatly rejected most of Russia’s demands, but agreed to discuss missile deployments and how military exercises are conducted.

Such negotiations between the United States and Russia would deserve careful monitoring, as the easing of tensions in the future will depend on how many of the issues raised in these talks are handled.

There are other reasons to worry about Russia’s recent actions. On February 1, Russia’s lower house of parliament voted to ask President Putin to recognize the independence of two breakaway regions in eastern Ukraine controlled by Moscow-backed separatists. This would appear as a ploy on Putin’s part so that the possibility of recognizing the independence of these regions increases the pressure on NATO to prevent Ukraine from joining this collective security grouping.

Such an attack on Ukraine’s sovereignty is completely unacceptable. Considering that the military assistance provided by Russia to the separatists has invited the large-scale fighting that has taken place in eastern Ukraine since 2014, such recognition of independence by Moscow would amount to an act of aggression . It would also violate the terms of the February 2015 Minsk Accords.

Western governments must make it clear that if Russia goes ahead and recognizes the independence of these eastern regions, they will stand side by side in implementing sanctions against Russia.

(Read the editorial in Japanese on this link.)