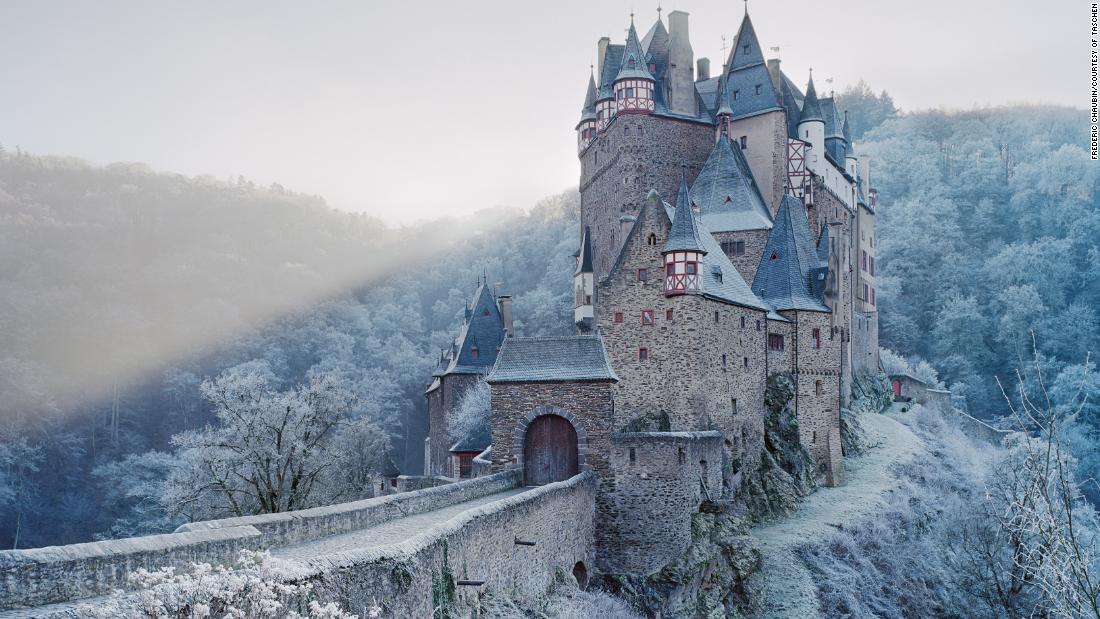 For centuries, medieval castles – massive, isolated triumphs of masonry – have held a special place in the Western imagination, evoking a sense of history, fantasy, war and romance all at once. They are the eternal sets for period dramas and children’s books, travel brochures and fashion series.

But in his latest book, “Stone Age: Ancient Castles of Europe,” writer and photographer Frédéric Chaubin set out to challenge familiar stereotypes, using prose and photography to link the medieval with the modernist.

“Instead of considering them only as historical vestiges, I was much more interested in making the connection between this very primitive architecture and the bases and principles of Modernism, more or less put in place at the beginning of the 20th century through the works theoreticians of Adolf Loos or Le Corbusier,” he explained in a telephone interview, referring to the influential theorists and architects who lobbied against ornamentation and revered clean forms. “(The principle) that form follows function is perfectly expressed in this very, very primitive architecture.”

The Romanesque castle of Almourol in Portugal belonged to the order of the Templars, very active in bringing Christianity to the Iberian Peninsula. Credit: Frédéric Chaubin/Courtesy of TASCHEN

When castles first appeared in the 10th century as an alternative to wooden structures, they were envisioned as fortified dwellings for the ruling class. Protection trumps decoration: towers were built high to protect inhabitants from outside threats, moats were defenses rather than watering holes, and designs were adapted to accommodate the changing rules of the war or the domestic needs of the residents of the castle.

“Stone Age” is Chaubin’s second book, after “CCCP: Cosmic Communist Constructions Photographed” published in 2011, an elegant tome that presented seven years of photography and research on the architecture of the Soviet Union. For his new book, however, he armed himself with a traditional large-format camera and traveled to the UK, France, Spain, Germany, the Baltics and beyond, photographing over 200 castles built between the 10th and 15th centuries.

In making his final selection, Chaubin prioritized a castle’s impressive location and architectural simplicity – in keeping with its overall theme – over its historical significance. “It’s about the (context) much more than the buildings themselves,” he said. “The most interesting are those that are really isolated, we have the feeling of having discovered them.”

As a rule, Chaubin photographed castles as they approached, capturing their majesty as soon as they appeared – Germany’s Grimburg Castle, for example, appears as a dark silhouette on frost-covered ground, while a placid lake separates Scotland Castle Photographer. Stalker. Chaubin hoped to convey “the specific moments when you first see the building”.

“I quite often present the castle from a distance because generally we discover buildings from a distance”, he explained. “I invite people to travel with me.”

A view of the fortified Stalker Castle in Scotland, which dates back to the 15th century. Credit: Frédéric Chaubin/Courtesy of TASCHEN

The photographer was particularly taken with the ruins of the sandstone castle of Quéribus in southern France, or Manqueospese, in Avila, Spain, which was built from local granite – castles that convey a natural connection to their environment and “seem to come out of the ground”, as Chaubin put it.

The book is divided into thematic chapters addressing the origins and evolution of castles, the geopolitical context of their development and, later, their abandonment. While the structures brought to light by Chaubin share similarities in materials and basic shapes, he found arranging them chronologically to be a challenge.

Manqueospese Castle in Spain, which seems to blend into the lunar granite landscape. Credit: Frédéric Chaubin/Courtesy of TASCHEN

“It is extremely difficult to link them to a specific period because, with the European medieval castles that I was photographing, (construction began) around the 10th century, but then they underwent transformations for centuries and centuries,” said he declared.

The 13th century castles he photographed in Wales, for example, have been modified over time in response to changing armaments and strategies of warfare; The Moorish castles of the Iberian Peninsula were radically redesigned by the Catholics who then took them over. As the Renaissance approached and the almost constant threat of invasion subsided, decorative features and large windows were often introduced to ease the transition from castle to fortress to palace.

Through the mist rises the German castle of Grimburg, dating from the 12th century. Credit: Frédéric Chaubin/Courtesy of TASCHEN

“From the 15th century they no longer had a purpose (a defensive structure), so castles were turned into mansions or palaces, or left to decay,” Chaubin explained.

Dividing castles by location seemed equally futile, given that the borders of Europe were constantly changing over the centuries covered by the book. The abundance of invasions (which explains the route of Norman Crusade-era castles between modern England and the Middle East) and intermarriage between monarchies also meant that architectural styles were widely exported and adapted to incorporate local vernaculars.

But, ultimately, this lack of visual coherence was a source of fascination rather than frustration for Chaubin.

“I was much more impressed by the range of differences (than the similarities),” he said. “The very large typology of these castles made the subject more difficult to deal with, but at the same time, more interesting.”