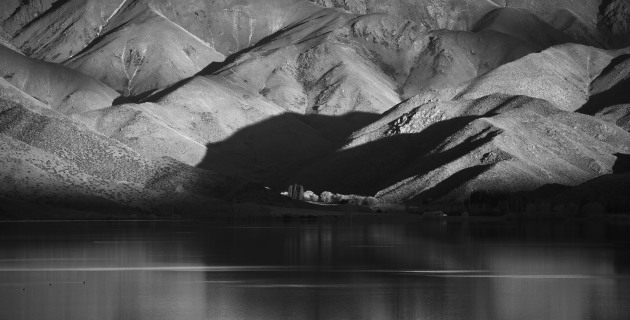 Create without color: a step-by-step black and white workflow

Black and white photography is often seen as a very pure form of photographic visual communication, in that it is expected to communicate photojournalistic “truth”.

This perception grew out of its use by newspapers to tell factual stories in the early days of visual mass communication, before color was available. However, the only “truth” is that black and white doesn’t exist unless you are unlucky enough to be color blind!

I see and use black and white photography as part of my ‘reduction’ process when creating an image. By removing color, we effectively break down the image into the basic elements of line, tone, and texture.

The line directs the eye around the image through shapes and patterns, as lighter tones project forward while darker ones recede. Textures further divide the tone into smooth or rough, which creates greater visual depth.

This is how we use those ingredients that make up a “black and white” or “monochrome” image, the latter name being perhaps a bit more correct in its description. That said, a better way to think of it might be a “grayscale image”, because most of a black and white image is made up of gray tones that exist between the extremes of black and white.

My black and white process

My black and white process always starts in camera when shooting a subject by selecting the “Monochrome” picture style via my camera’s built-in jpeg mode. I will also be doing a raw capture at the same time, so I have the flexibility to also work on the color channels via raw post if I wish, as I will explain later in this article.

Shooting monochrome in camera allows me to see the image as a clean series of graphic shapes, lines and textures, which simplifies the way I compose. It’s a bit like sketching what’s in front of me before filling in the details.

On top of that, I also increase the contrast with the in-camera monochrome picture style setting, as this increases the graphic nature of the image, making lines and shapes stronger by spreading the tones of each other. You can see what effect this has by looking at the camera histogram while making these changes.

If I’m shooting a scene that contains clouds and sky, I also turn on the red filter in the monochrome camera setting, which darkens the blue sky. This will separate the cloud tone from the blue sky in the background, creating a three-dimensional look for the clouds.

Many times, the image I created via jpeg capture from the camera ends up being the one I use, as it is often cleaner and tougher than one that needs raw processing.

Fish and Chips on Stewart Island

Let’s look at a practical example. At a recent workshop on Stewart Island, I made this photo below of a rainbow above a fish and chips sign (it’s pronounced “fush in chups” in New Zealand), then decided to see what it would look like when converting the raw file to a jpeg using Capture One’s black and white converter.

This process also works the same when converting from raw to jpeg or tiff in Lightroom, or in Photoshop using Image/Adjustments/Black and White and then changing the color sliders.

When converting your file this way, you can change the exposure of each independent color channel without changing the others. This means you also have a lot more control over all the different tones in your image, even before you start playing with contrast, levels or curves.

To illustrate, I’m going to show the change each channel makes when converting to black and white in this rather extreme way by increasing each channel by 100%. I did this in Capture One for this tutorial, but the same steps can also be found on the right panel of the Develop module in Lightroom under “Black and White Blend” once you’ve converted the image to black and white .

By making some channels darker and others brighter, I’ve increased the dynamic tonal range of the image, making it much more interesting. The key is to increase or decrease the different color channels to achieve different results in the shadow and highlight areas of your image.