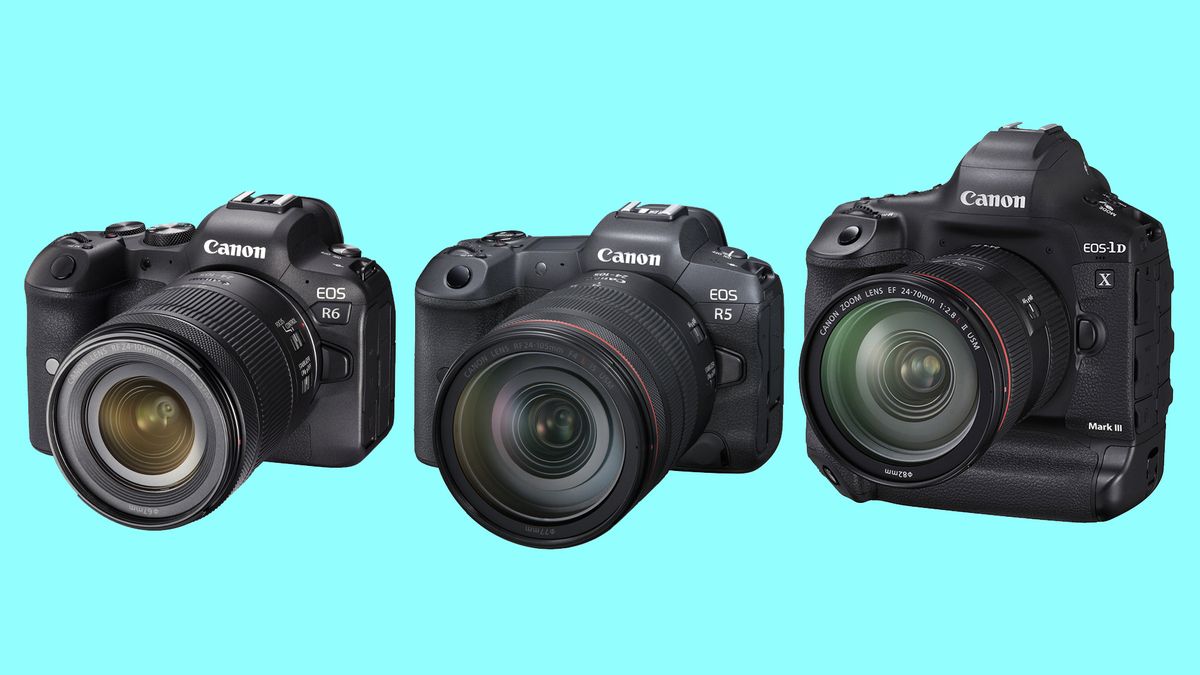 Canon has announced new firmware for its EOS R5, EOS R6 and EOS-1D X Mark III cameras, which will provide users with new features previously only found in the EOS R3, the latest camera without Canon’s feature-rich full-frame mirror.

The new firmware, v1.50 for its EOS R5 and R6 mirrorless cameras and v1.6 for the EOS-1D X Mark III digital SLR, will be available from December 2 here.

The update gives the three affected cameras some features that were previously only found in the recently launched Canon EOS R3 mirrorless, so if you own any of those three cameras, you should be able to bring it a bit closer. addition to the EOS R3 by giving it some brand new features.

Affected cameras will benefit from improved subject detection. This comes in the form of vehicle and body detection autofocus on the EOS R5 and R6, while the EOS-1D X Mark III instead benefits from enhanced head detection for athletes of. winter sports wearing goggles.

On all three models, the new firmware ensures that photographers are not able to transfer files by mistake by pressing the multi-controller when “Transfer with SET” is set for FTP transfer.

You can disable multi-controller for FTP transfer and you can also change the default from active to passive with the passive mode setting of the FTP server. You are also now able to change the settings for “simultaneous recording” and “training in progress” during remote operation.

New features specific to the EOS R5 and R6 include improved subject recognition including vehicle and body detection as well as improved face / eye detection when your subject is wearing a mask.

You can now also set a manual white balance when using Live View with a new white capture mode and also an EVF Smooth feature to suppress lower frame rates in low light.

Full-time manual focus support for the RF 70-200mm F4L IS USM has also been added, although the lens also requires a firmware update which will also be released on December 2.

The EOS R5 is the only camera in the trio that will be compatible with the recently announced Canon RF 5.2mm F2.8L DUAL FISHEYE lens.

You can also now adjust the settings to allow the picture rating and voice memo to be set at the same time rather than using two separate buttons for these functions in order to save time. The power saving settings for FTP transfers have also been set to “do not use” by default rather than “use”.

See the breakdown of camera-specific upgrades in the table below.