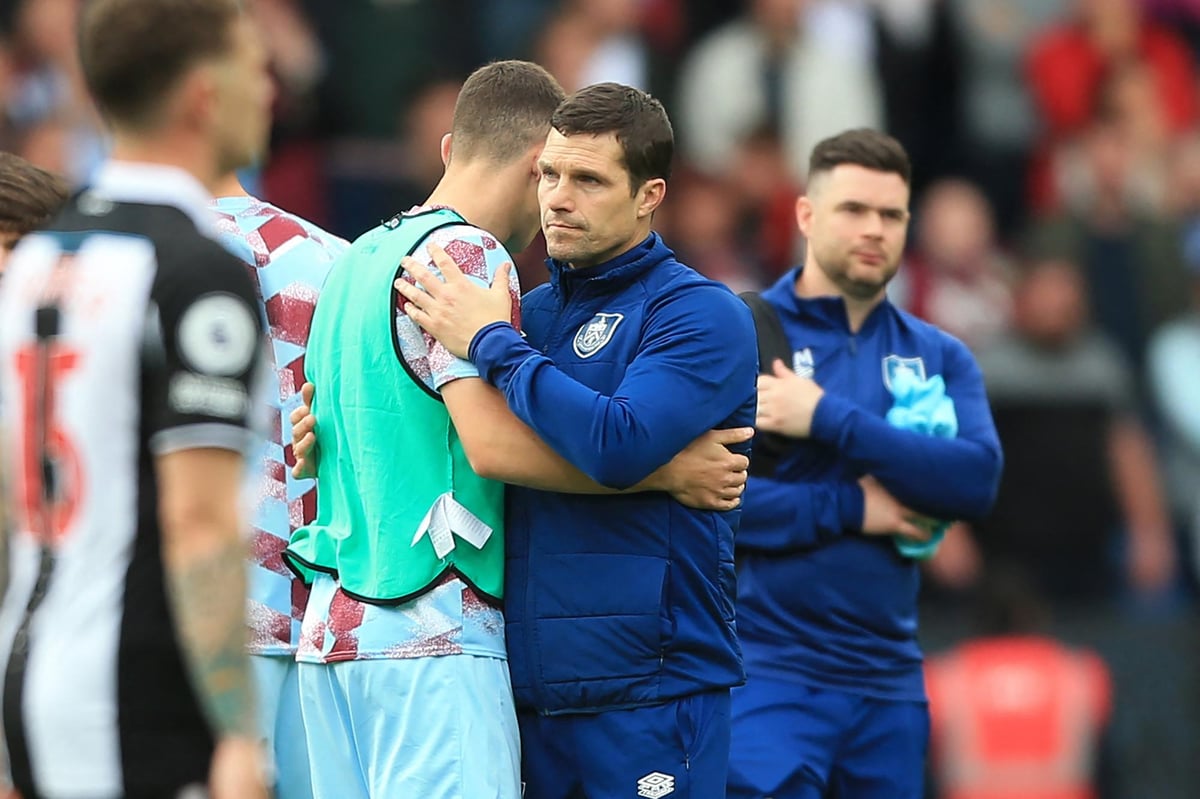 Jackson admitted he would ‘suffer’ after being unable to keep the Clarets in the Premier League, despite an eight-game spell at the helm in which he was named April manager of the month, and twice lifted the side of the bottom three for the first time since October.

The former Preston centre-back is now set to return to his role as Under-23 boss and, when asked if the club were in good hands, he replied: “Why wouldn’t they be?

“There are good people here who want to do well and want the club to bounce back, but it’s small steps and planning and making sure we have everything in place to do that.”

While things are still raw after Sunday’s disappointment, Jackson added, on the future of the club: “It’s hard to comment on that given what happened, I think there will be a reflection about what happened and like everything else, there will be small steps to find your way back.

“That’s what you have to do, we have to find our way back and get the club back on track.”

And when it came to his own role, Jackson was, generally, more preoccupied with relegation, having put the task of trying to survive above all else over the past six weeks: “I don’t think it’s for Right now, I don’t care about myself. I’m going to go home and suffer.

“I’m more disgusted for the band and the fans. When you work so closely with a bunch of guys like that and what they put into it, and you see them afterwards, it hurts you.

“It stays with you and it’s not nice.”