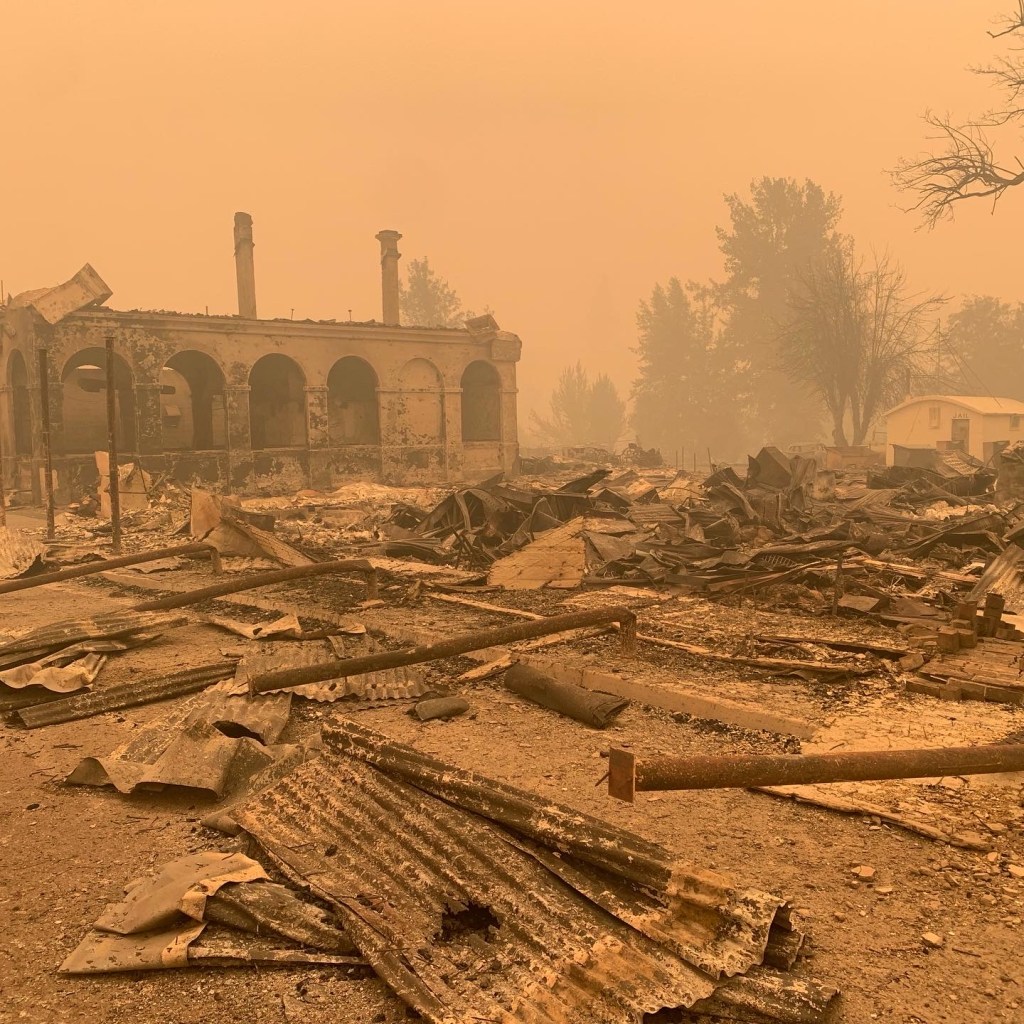 And so, 84 days after being ignited – likely by PG&E gear – in an area above the Cresta Dam in the Feather River Canyon, the Dixie Fire is finally drawing to a close.

He left a charred path over 60 miles long, both vertically and horizontally.

Look at it on a map, and it’s destroyed an area that’s equivalent to going north of Orland to Lake Shasta. From west to east, it essentially passed from near Paradise to north of Truckee, surprisingly closing in on the Nevada border before finally running out of steam near the eastern edge of Honey Lake.

As of Tuesday morning, according to Cal-Fire, the Dixie Fire burned 963,276 acres. It is only 25,000 acres less than the size of the entire state of Rhode Island.

He burned part of five counties: Butte, Shasta, Lassen, Plumas and Tehama, altering parts for years, if not decades to come.

Along the way, the fire destroyed 1,329 structures and damaged 95 others. There was one death, a first responder who suffered from a previous illness. Two water supply operators who worked on the blaze also died, both of COVID-19.

This is the story told by the numbers. As is always the case with disasters of this magnitude, the numbers alone barely scratch the surface.

We start on a bright note. The thousands of responders who fought this fire from the ground and from the air can hold their heads high for an incredible and priceless achievement: They saved countless lives. They haven’t been able to bring down this hellish tidal wave as quickly as we would like – given the powder keg that goes through our forests these days, it’s no surprise – but they were able to provide the defenses and build the lines which prevented the fire from spreading to many towns. Most notable is the fact that firefighters saved the town of Chester, even though the fire burned a ring almost all around Lake Almanor.

And that effort saved lives. After the 2018 Campfire and the 2020 Bear Fire, no one needs to remember what can happen when a mega-fire roars in town faster than people can get out of it.

Of course, there were a few gruesome exceptions, most notably the town of Greenville, which was destroyed on August 4. The heart-wrenching scenes left behind were all too familiar to anyone who saw what paradise looked like after the campfire. And, let’s not forget, both fires started in the same area, most likely for the same reason.

Even there, at least no life was lost. But the loss of this city and its many historic buildings and monuments cannot be underestimated. Remarkably, however, most of the towns on the way to the fire were saved.

And now we wonder what comes next. Editor-in-chief Mike Wolcott shared his distaste with politicians, bureaucrats, and PG&E in an August 8 column and we maintain those sentiments today. We’ve already heard promises of more forest maintenance and fire prevention efforts outside of Sacramento; of course we hear that after every fire and then nothing seems to change much.

So where do we go from here? What have we learned from the Dixie Fire and what could be different in the future?

First of all, it’s important to remember that the campfire didn’t start until November 8th. It’s over a month away. We are not out of the woods of this fire season yet, and we will not be until there is rain and snow in the mountains.

As far as what we’ve learned is this: No matter how many promises we get that things are going to change, or that people at higher levels of government “stand with us”, the truth is that most of them don’t. Our local officials, like MP James Gallagher (R-Yuba City) and Senator Jim Nielsen (R-Red Bluff), are fighting hard for any resources we can get, and we applaud them for it. They have proven time and time again that they truly support us when it comes to fire prevention and the interests of the Northern State.

On the other hand, they are outnumbered in Sacramento by politicians who are long in words and very short in actions; those who rush for photo ops and then disappear without keeping their promises of help are the absolute worst. And frankly, every state administration, regardless of party, has failed us in this regard for 30 years or more.

We all need to keep our eyes on these people and keep them on their promises. We will continue to do so on our side and we ask each of you to keep the pressure on our elected leaders as well.

We have had enough. Firefighting season doesn’t end when fires like the Dixie Fire are finally contained; rather the opposite. This is when we all need to keep the pressure on our elected officials so that they never turn their backs on us again.

We are going to watch.