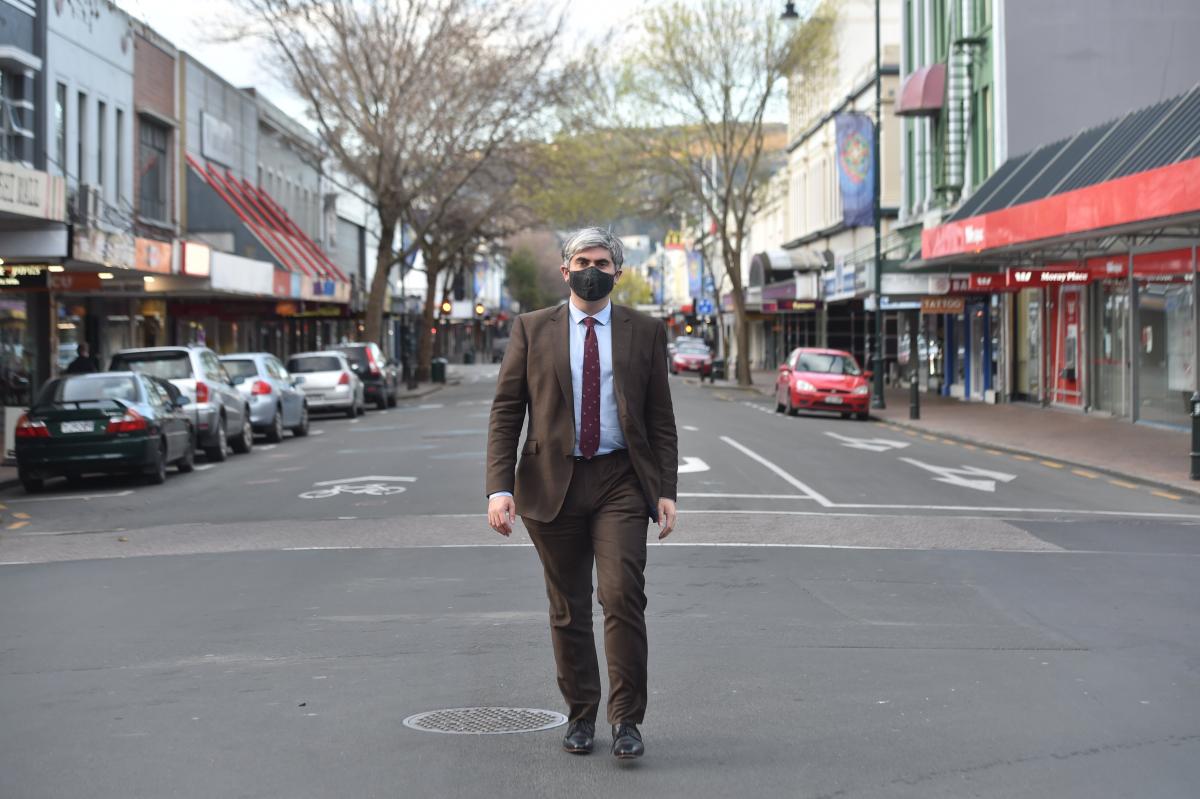 By Phillip R. Tucker Last updated Oct 1, 2021
0
Share
Play with Dunedin’s Main Street at your own peril, some of the opponents of plans for a George Street new look seem to be saying.

Any change to any of the city’s cornerstones will cause friction. And that’s precisely what happens when it comes to Dunedin City Council’s vision for George St.

Change can be frightening at the best of times. It is often difficult to see the benefit of moving away from proven ways of doing things. It is only with hindsight, sometimes years later, that it becomes clear that, perhaps, things have improved as a result.

In the midst of a global pandemic – with Covid-19 exerting its evil influence on all aspects of our day-to-day existence and its tendrils always seeking more ways to turn the lives we thought we knew – it’s even more understandable that we want to each other hang on to the status quo.

“If it ain’t broke, don’t fix it” has probably never been more relevant to some people than it is today.

However, when it comes to Dunedin’s Main Street, you can’t pretend ‘it’s not broken’.

There have been rumors for some time that George Street retailers are not doing as well as they could be, if the thoroughfare could somehow be made more attractive to potential customers and interesting enough to keep them there for more than half an hour to visit.

Nowadays, when the street is congested with traffic, it is not a particularly pleasant experience for anyone. Any excitement generated is easily offset by the difficulties encountered by pedestrians crossing the road and for those looking for parking lots.

Making George Street successful for the next several decades – for pedestrians, shoppers, motorists and retailers – will be a delicate balancing act. No wonder the city council’s moves in recent weeks to make it a one-way southern route and a much more pedestrian-friendly streetscape have already polarized many.

Despite a seal of approval for the Otago Chamber of Commerce overhaul, once concerns over traffic flow were resolved and assurances were given that work would stop to allow Christmas shopping, some retailers in the rue George took umbrage.

One of the most vocal is jeweler Brent Weatherall, who personalized the issue by mocking a dart board with a photo of Mayor Aaron Hawkins and effectively banning it from his store.

Mr. Weatherall called City Council a joke. Previously, he had given the city council a petition bearing the signatures of 6,500 people who died against a redevelopment.

However, he does not speak for all of the George Street retailers, some of whom are supporting the changes.

The question is, what initiatives have these retailers actually taken to attract additional people to George Street, whether on market days or family days?

Mr Hawkins appears to have taken Mr Weatherall’s emphasis on the chin, saying he understands there will be a range of opinions on the changes.

City Council needs to put these personal invectives aside and focus on doing a fantastic job on Dunedin’s storefront shopping street.

We must remember that George St has a character that other towns would die for.